“What art does — maybe what it does most completely — is tell us, make us feel that what we think we know, we don’t. There are whole worlds around us that we’ve never glimpsed.” Greil Marcus — Tuesday December 28th — 14:00 (CET) —

I love listening. It is one of the only spaces where you can be still and moved at the same time. — Nayyirah Waheed — Tuesday December 28th — 14:00 (CET) — 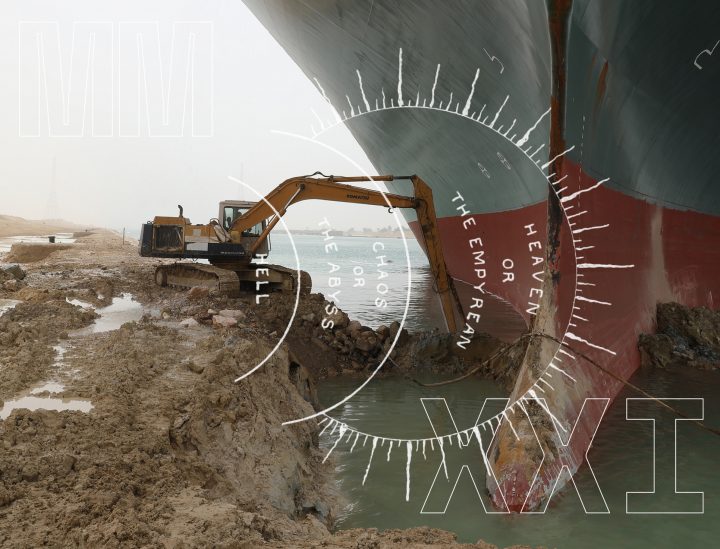 Music is always a big part of our life. And we’re always looking for the new, also in music. So, over the past years we’ve made playlists of our favourite releases. Sometimes shared it here, sometimes only in an occasional newsletter. But always a strange mix between classic and electronic, latin and alternative, pop and jazz. This years highlights were Madlib, C. Tangana, L’Rain, and definitely the grand finale with Maya Beiser playing Philip Glass. Enjoy it on Apple Music, or over at Spotify. And the archive only on Apple Music here: 2020, 2019, 2018, 2017, 2016) [ Continue reading ]

It took a little longer to bring you a new mixtape, but we have made it just in time for tonight's Boxing Day diner. The weather has been very mild so far, but these tunes which have a tendency to be more on the electronic side, will support you through the coldest months of the year. The list starts with one of our favorite releases of the year by Jon Hopkins, followed by Erik Satie and Klara Kormendi and the beautiful 'Oh No' by Röyksopp. From Blue Lagoon's soundtrack Mikael Simpon's 'Slaar Skaar' from 2009 is followed by Nosaj Thing and the new song by former psychedelic J-rock group Yura Yura Teikoku's lead singer Shintaro Sakamoto named 'Birth of the Super Cult'. The list continues with releases by Jamie XX, Flying Lotus, alt-J, Marie Fisker, Young Fathers, Dark Sky and the incredible remix of Jon Hopkins' 'We Dissapear' featuring Lulu James, which we also included on the Summer Playlist. Another favorite release of this year follows; David August's revision of his Dynamic colleagues Kollektiv Turmstrasse's 'Last Day' and of the great Aphex Twin comeback album Syro 'aisatsana [102]', before which releases by Samaris, Jamie T and Daniel Johnston have passed. We conclude our final mixtape of 2014 with another gem which was released last October: Tindersticks' 'Ananas et poivre' of their Ypres album. Enjoy our favorite Winter Tunes here. [ Continue reading ] 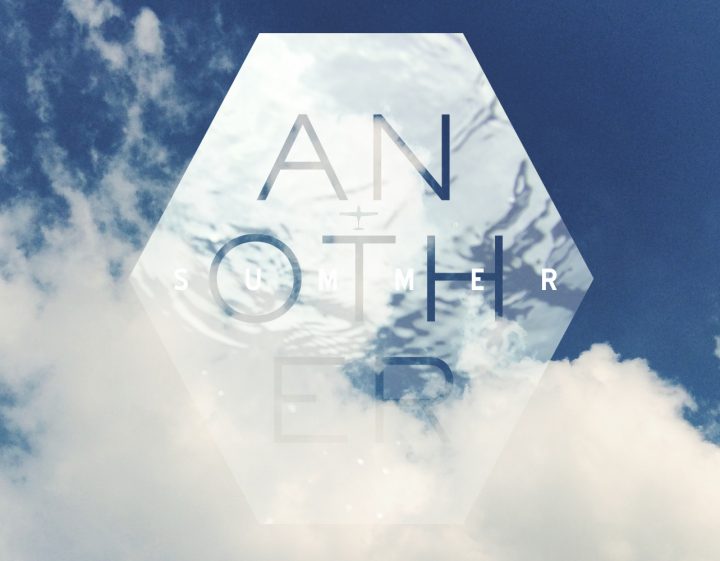 It's been a little while since our friend Michael A. Muller shared his favorite tracks for our Spring Playlist and with summer slowly turning it's back towards the Netherlands it's time for a new playlist. The Another Summer Playlist resulted in a pretty eclectic mix with a lot of great releases in folk, indie and rock but also in garage, house and techno. We're very happy to include a beautiful song by our friend, and co-founder of Libertine-Libertine, Rasmus who together with Bjarke Niemann forms Death Has No Dominion. Rustie's remix of Machinedrum's Back Seat Ho is the craziest track in the list with a for us unusual trap sound, but it just undeniably sticks in your head. We love new releases by Moodprint & YellowStraps, ODESZA featuring Madelyn Grant, Balmorhea, Damon Albarn and Alt-J, with its mind-blowing video. Other, from the electronic realm, tracks that follow are the Shaken-Up version of Silent Shout by the recently broken up The Knife, the great Son Lux track named Easy featuring Lorde, tracks by David August, Chrome Sparks, Martyn and Four Tet and the super promising track named Girl of the upcoming Jamie XX album. We conclude this summer mix with another slow-burner by Francis Harris of his new album Minutes to Sleep named Me To Drift. Enjoy: here's to some more sunshine! [ Continue reading ]

Another Spring Playlist by Michael A. Muller

Time for a new playlist! This time a special one, as we weren't the ones selecting the music, but our friend Michael A. Muller was kind enough to share his favorites for this time of the year. Michael is based in Austin, Texas and is a photographer who has worked for Kinfolk, Cereal and Freunde von Freunden, amongst others.
His list starts with Memory Loss by The Snow, the new supergroup of Dustin Payseur, Jack Tatum and Andreas Lagerström. Followed by Carnival Ghost by childhood friends John Fredericks and Andy Breihan and their band SACCO. The next song is second single by German lap-pop band The Notwist of their  debut Close to the Glass. Moving from guitar pop to the more electronic sounds of Seattle-based Beat Connection and their Invisible Cities. Next is our favorite track Turn Away of the most recent Beck record Morning Phase. Back to electronics, She Just Like to Fight by Four Tet. After which the lead single of Californian Jazz duo The Mattson 2 and the experimental On Guyot of Wild Nothing's Empty Estate EP follow. The song by Small Black and featuring Frankie Rose named Real People was inspired by Colton Harris-Moore, a teenager from rural Washington who went on a crime spree. Next up is one of our favorite artists Nils Frahm and his haunting For of the album Juno. More instrumental tunes follow with Mick Turner's Here's a Way and Takeshi Nishimoto's 6/8. The final song is yet another special one: recorded in Nils Frahm's studio and recently released on the namesake 18-song album, the beautiful Pinô by Norwegian Otto A. Totland. [ Continue reading ]

Another (After) Winter Playlist

It has been a while since our last playlist, the After Summer list on Spotify, so we felt it was time to share a new one. Our favourites over the past months. The end of 2013, and the start of 2014.
This one starts in slow moods with our favourite song of Perera Elsewhere, Light Bulb. Than, slower than previous album, but the new Moderat still recalls the moments driving the curved roads of the Cote d’Azure. We starred every track of Rival Dealer, Burial’s new EP, but Hider is definitely our favourite. The album got one of the few 9’s on Pitchfork and we totally agree on that! Then we move towards the crazy cool collaboration between Nicolas Jaar's and Dave Harrington's Darkside. We’ve instantly subscribed to Nicolas Jaar’s Other People project, and we think you should do the same. From there we continue with Abstraxion and Chloé, more Nicolas Jaar and Isolee, into the more classical tunes of Dustin O’Halloran - to come back on the electronic side of the spectrum with Tim Hecker and Bruce Hackford.
Another album we where very much looking forward to was More Is Than Isn’t by RJD2. We’re always surprised by the sound, the samples and the fresh and unique mix of cultures that Ramble John "RJ” Krohn puts together. Love it!
The list ends in the somewhat eternal sounds of Come Down To Us by Burial and can easily be put on repeat with Perera Elsewhere taking it over. On repeat that is! [ Continue reading ]

With some amazing new releases of our favourite artists over the past months, it's time to share our treasures on Spotify with Another After-Summer Playlist. Nicolas Jaar's highly productive label Clown & Sunset takes a big part of the list with Darkside, David Terranova, Will Epstien and more, but the new album of Trentemøller can't left unnoticed as well. We hope this electronic influenced playlist will help you to get in some autumn moods and get used to the cold and the dark again. Enjoy after the click! [ Continue reading ]

After our last mix tape, a Pre-Summer Playlist featuring the sounds of James Blake, David August, The Knife, Grasscut and many more, we've made a new one with some of our favourite releases over the past months.
A Spotify playlist capturing the mood of the season, holding memories of travels to Tokyo, Basel, Bilbao, Lisbon, Antwerp and Amsterdam. It is starting slowly with Lower Dens and Lulu Rouge but quickly getting more electric with Moderat, Jon Hopkins, Jai Paul and Chrome Sparks. To end in a warm and balmy summer evening with Valentin Stip, Low and Baths. Listen and see the full track list after the click. [ Continue reading ]

After a somber and electronic influenced Another Spring mix tape it's now time for something different. And with some new and crazy good tunes by James Blake, David August, The Knife, Grasscut amongst others, the first few months of 2013 already brought some iconic music. Starting easy, slow and classical, moving more towards electronic sounds and ending in what we think is the ultimate summer midnight 'end-of-the-night' tune by Cold Cave. [ Continue reading ]

Since it's still cold outside in this parts of the world, and it looks like winter can't turn its back, our Spring playlist isn't really feeling like spring. With the new tunes by James Blake, Atoms for Peace, Jim James, Apparat and Dark Star it became an electronic influenced mix tape which feels more as our winter compilation. Let's all hope for some more sunshine and spring temperatures! Enjoy the mix tape on Spotify, and get the track list after the click. [ Continue reading ]

We've put another little mix tape together with our favourites of this winter. A Spotify playlist capturing the mood of the season, a mix somewhere between Amsterdam, Toronto, Bangkok and New York. It starts with the warm classic sounds of Yo-Yo Ma's cello suites of Bach, moving to Nicolas Jaar, Atoms for Peace, Halls, Unkle, Calico Horse (a.o.) to end with the serene sounds of Ricardo Donoso, Reflection & Rotation. See the full track list after the click, and enjoy it on Spotify > [ Continue reading ]

Wistfully remembering the summer, it’s time for a new playlist with all that we have heard and liked over the past months. With some great releases and newly discovered music it is our perfect mix tape that reflects the seasonal mood. Starting with the new album of Grizzly Bear – Shields,… [ Continue reading ]

In our mix tapes, the seasonal collections of music we create on Spotify, we always try to integrate all the new music we like. The best tracks over the past months, which all reflects the mood of the season. This one isn’t different. 17 tracks going… [ Continue reading ]

I’ve made another playlist for this spring and early summer. A collection with all my favorite tracks over the past months. A playlist for early morning rides on your bike, lost hours in a plane before hitting in a new and unknown city, or just to enjoy on one of… [ Continue reading ]

Freunde von Freunden, the Berlin based interview magazine portraying people of diverse creative and cultural backgrounds in their homes or within their daily working environments, asked me to create a mix tape for them. It became a collection of tracks with it’s roots in the winter,… [ Continue reading ]

After some mad weeks with a lot of travels, beautiful projects and crazy deadlines life is sort of back to normal again. Time for a retrospect of what came along during the past months, in music that is. We’ve made this little spotify playlist with our after-summer favorite tunes. [ Continue reading ]

I’ve put together a little playlist for the hot summer afternoons. My favorite tracks of the past months. It became a very diverse list with tracks by Bright Eyes, Dirty Gold, Buck 65, Sander Kleinenberg, RJD2 and many more. You can listen to it while enjoying fresh… [ Continue reading ]