“What art does — maybe what it does most completely — is tell us, make us feel that what we think we know, we don’t. There are whole worlds around us that we’ve never glimpsed.” Greil Marcus — Tuesday September 20th — 14:44 (CEST) —

I love listening. It is one of the only spaces where you can be still and moved at the same time. — Nayyirah Waheed — Tuesday September 20th — 14:44 (CEST) — 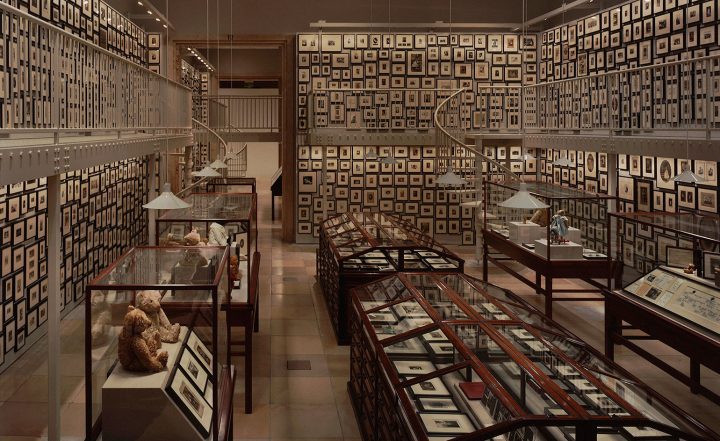 Running for only a few more days, (so when around New York City make sure to still catch it!) 'The Keeper' is an inspirational and remarkably designed exhibition dedicated to the act of preserving objects, artworks, images and to the passions that inspire this undertaking — which makes it for us, as avid collectors and collection lovers, a must visit. The curation that's on display in the New York City-based New Museum forms a reflection on the impulse to save both the most precious and the apparently valueless, bringing together a variety of imaginary museums, personal collections, and unusual assemblages, revealing the devotion with which artists, collectors, scholars, and hoarders have created sanctuaries for endangered images and artifacts. In surveying varied techniques of display, the exhibition also reflects on the function and responsibility of museums within multiple economies of desire. The eye catcher of the exhibition is 'Partners (The Teddy Bear Project)' (2002), a vast display conceived by Ydessa Hendeles. Composed of over 3000 family-album photographs of people posing with teddy bears, and vitrines containing antique teddy bears, Hendeles’s project establishes the teddy bear as a metaphor for the consolatory power of artworks and images and underscores the symbiotic relationship that ties people to their objects of affection.

Subsequently, through a selection of studies and portraits that spans the twentieth century, the exhibition tells the stories of various individuals through the objects they chose to safeguard, exposing the diverse motivations that inspired them to endow both great and mundane things with exceptional significance. As responses to loss, chronicles of experience, subjective quests, and archives for the future, the unusual collections and personal museums that are presented range from staggeringly maximalist efforts to modest struggles charged with urgency. [ Continue reading ] 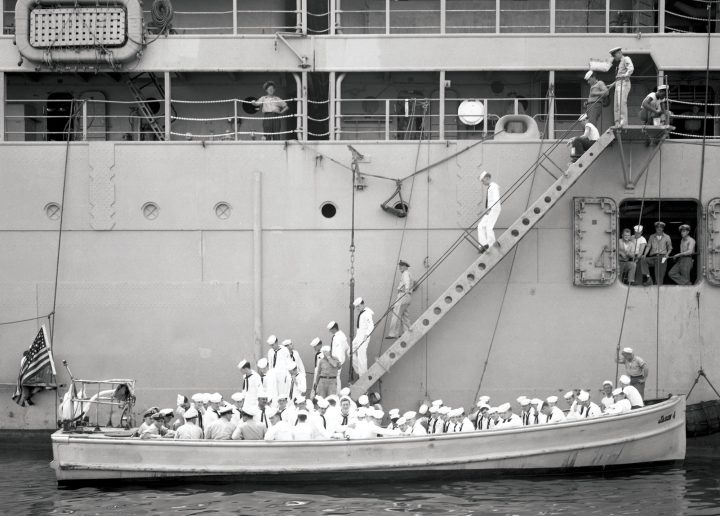 In April of this year cultural anthropologist and graphic design historian Jim Heimann, together with his regular collaborator; editor and archivist Ryan Mungia, presented one of our favorite printed projects which were released in 2016. The incredible 'Shore Leave' is the first photobook to capture Honolulu during the Second World War through a remarkably curated collection of vintage photographs, a lot of them found in personal scrapbooks of veterans, which were collected by Heimann over years and now made public through Mungia's Boyo Press.

It portrays the thousands of US sailors bound for the Pacific during the early 1940's, in a period when the Hawaiian Islands were the staging ground for an unknown fate. Their perception of Honolulu as a tropical paradise quickly deflated upon their arrival. The anticipation of a moonlit Diamond Head, available hula girls and free-flowing and affordable rum quickly materialized into crowded streets, beaches cordoned off with barbed wire and endless lines to nowhere. Still, as with many ports of call, diversions were plentiful, and set against the warm trade winds, sailors took advantage of them on their last stop to hell. A totally unique place and time, which shows throughout the images selected by Mungia and Heimann.

Binding all these insightful photographs together in the book creates a truly unique insight, elegantly designed moreover, 'Shore Leave' is one of the most captivating books we have discovered this year.
It is a one-of-a-kind visual document of a port that, for many sailors who passed through, was their initiation into manhood. [ Continue reading ]

The fascinating essence of collecting is the dynamic starting when one finds an object, and by placing it within the context of other items, creating a new entity: the collection. Whether it's a set of objects with great similarity or objects that have no apparent connection, within the context of a collection everything goes as long as the objects are brought together by the collector(s). As the Another Something & Company studio, over the years, has become a vault for (an) ever-expanding collection(s), we found it was time to start sharing some of the objects one finds here. And by doing so in an illustrated form, creating a whole new collection which we named: Another Collection illustrated. [ Continue reading ]

We have been a fan of the German-made Kaweco Pens and started collecting these lovely vintage pens and pouches for many years now. For our current Curated we are super happy to send out a special matte black pen case with two pen's: The Kaweco Classic Sport ball pen and the Classic Sport clutch pencil, both in black.
When digging the history you'll find this rich heritage that goes back to the late 19th century in South-Western Germany. [ Continue reading ]