“What art does — maybe what it does most completely — is tell us, make us feel that what we think we know, we don’t. There are whole worlds around us that we’ve never glimpsed.” Greil Marcus — Wednesday April 10th — 10:34 (CEST) —

I love listening. It is one of the only spaces where you can be still and moved at the same time. — Nayyirah Waheed — Wednesday April 10th — 10:34 (CEST) — 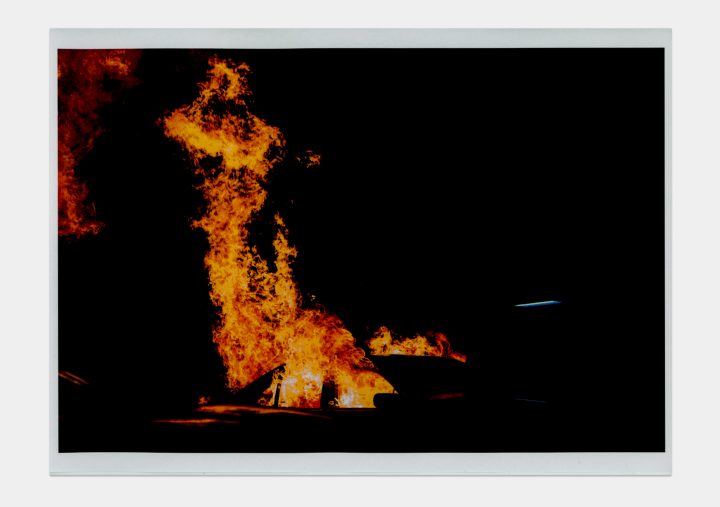 Last januari we traveled to Barcelona to do a project with the super talented photographer Adrià Cañameras for L’Ascolana, a new-old sneaker brand we are working on at …,staat. While this project is not completely finished to share with the rest of the world, Adrià published a new project he worked on over the past months called Reasonable Blood. [ Continue reading ]

The Way I See It

In 2008, the young photographer Pieter Henket took a picture of  upcoming artist Lady Gaga, which eventually became the cover of her multiplatinum album The Fame. Basically from that moment Henket was a household name in contemporary glamour photography. In 2010, confirming this major status, the photograph of Lady Gaga was exhibited as an icon of the 21st century in the Metropolitan Museum of Art in New York. Twelve years had passed since Henket arrived in New York City in 1998 as a 19-year old to take up studies at the Film Academy. Instead of his original goal to become a filmmaker, Henket now officially was a major still photographer. [ Continue reading ]

Robby Müller is one of the greatest Dutch cinematographers ever. Born during the Second World War in Willemstad on Curaçao, the cinematographer has worked all over the globe, making films both in Europe and the USA, but only a few in the Netherlands itself. Now in his seventies and unfortunately bound to a wheelchair, Müller can look back on an highly impressive career working repeatedly with cinematic maestro's Wim Wenders and Jim Jarmusch and twice with enfant terrible Lars von Trier, among others. In March of 2013 Müller was awarded the International Achievement Award by the American Society of Cinematographers (ASC), making him the first Dutchmen to receive this prestigious award. [ Continue reading ]

One year ago this amazing floating cinema premiered as part of a new film festival in Thailand that was curated by Apichatpong Weerasethakul and Tilda Swinton. This impressive project was named the The Archipelago Cinema.  Built in the middle of the water the platform provided breathtaking views from every angle which included two towering rocks emerging from the ocean.  [ Continue reading ]

We all know James Bond has impeccable taste, and it is no surprise he chose Globe Trotter for all his travel gear. Last week they released a series of products, including the Stabilist Aluminium case which is inspired by the bespoke rifle case Globe… [ Continue reading ]

Today NOWNESS shared this super inspiring preview of Loris Gréaud's upcoming project: The Snorks, a concert for creatures. "The initial inspiration for the project lies in the idea that creatures would be living on our planet, their aesthetical and behavioural features matching an alien fantasy in every aspect, thereby awaking the desire of communicating with those "creatures". What if they live within our oceans, major component of our eco-system, could we get in touch with them?... Here begins an artistic journey and production that will last 36 months. An unusual temporality that can be understood through the following paradox: we have the ability to go on the Moon, to date the presence of water on Mars, yet we barely know anything about what composes the tremendous majority of the Earth... [ Continue reading ]

Some lovely abstract images shot by filmmaker Dustin Lynn capturing the Shanghai debut of Hennessy V.S.O.P and their new bottle, for Nowness. In a journey from the cellars of Cognac, at the master oenologists, to the designer of the bottle, Chris Bangle in his house in the hills of Torino, Italy, the… [ Continue reading ]

The Hunter at Still Stile

We love style in cinema, so here’s another feature from our friends at Still Stile, featuring “The Hunter” (2011). ‘A truly inspiring and intriguing film about a scientist traveling to the Australian outback with the task to capture the extinct Tasmanian Tiger. Note I mention the Tiger… [ Continue reading ]

One of my favorite photographers Pablo Delfos collaborated with Niek Pulles and made this amazing video for the first solo album of Pete Philly, called ‘One’. No more words, just watch!… [ Continue reading ]

As always, beautiful images by Rapha! This definitely feeds my idea of riding La Marmotte next year…… [ Continue reading ]

It’s Better in the Wind

This october The Revival Tour will cross Europe and visit Amsterdam the 4th of october. Chuck Ragan, folk/punk artist and team member of The Revival Tour, supplied the soundtrack for the upcoming It’s Better In The Wind 2011 movie. Again an amazing road… [ Continue reading ]

Still Stile featured a whole row of my favorite movies over the past month, with Get Low on top of that list. ‘Get Low tells the story of the hermit Felix Bush, who resides in a small log hut on his large estate in the woods. [ Continue reading ]

I instantly want to go surfing after seeing this trailer of Tracking – a new surfing film by Jimmy James Kinnaird. Inspired by the transitional period in surfing in the late 60’s and early 70’s Kinnaird followed the surfers Ellis Ericson, Jason Salisbury, Niah and Mia  through wild… [ Continue reading ]

Eat the Sun is a bizarre and amazing documentary by Peter Sorcher following Mason, a modern day ‘sungazer’, on an unbelievable and often hilarious cross-country tour into the little known world of sungazing – an ancient practice of looking directly at the sun for a range of physical… [ Continue reading ]

Since Still Stile launched its ‘official’ blog they are featuring some really good movies, sharing the best and most inspiring details from these moving pictures. The latest addition ‘isn’t exactly what you would call a “great movie”… it is however a great movie regarding style, shooting and the… [ Continue reading ]

Still Stile reviewed this amazing film The Way Back. ‘…Think snowy mountains, ragged clothes, lots of Russian tattoos and never-ending forests and deserts. The film, based on the biographical novel written by Polish prisoner of war Slawomir Rawicz, tells the story of several escapees from a… [ Continue reading ]

My good friend and former classmate Ravi started a few years ago, growing organic vegetables on his own acre in the centre of the Netherlands selling the harvest on the market in Utrecht. He always complained about the quality of todays work boots so we decided to support him with… [ Continue reading ]

While Riekele just landed in Japan for some well deserved weeks off he managed to launch his new website hours before boarding. Still Stile, his blog dedicated to style in cinema, finally moved to a serious level and, more important, style! Enjoy some good reads and images on… [ Continue reading ]

Since my bike is still broken, and since it will take some days to repair it, I very much enjoy this Rapha Continental Movie. An account of the project’s 2010 travels through North America. Love it!… [ Continue reading ]

Another inspiring post by Still Stile: The classic and minimalistic thriller by Jean-Pierre Melville, Le Samouraï (1967) — If there is one film where Jarmusch got his inspiration from for his the Limits of Control it must be this classic from Jean-Pierre Melville. Alain Delon stars as Jeff… [ Continue reading ]

It’s always a pleasure to have someone with a good taste telling you which movies to watch and which to skip. Riekele from Still Stile is one of them, and as you might know we are supporting him and his nice little blog to get some… [ Continue reading ]

Blood In Blood Out

“Miklo, orale, carnalito. What’s up, ese?” Damian Chapa impersonates the Miklo character in this movie, one of his first roles and since then on he would became obsessed with Chicano gangster movies, both as actor and director. Too bad he’s just not that good… [ Continue reading ]

Riekele shared one of his favorite movies again: Badlands by Terrence Malick. — ‘Badlands is the first feature-film of one of my favorite directors: Terrence Malick. He wrote some scripts for features before but they were never shot the way he had in mind. With Badlands… [ Continue reading ]