I love listening. It is one of the only spaces where you can be still and moved at the same time. — Nayyirah Waheed — Wednesday December 7th — 17:46 (CET) —

“What art does — maybe what it does most completely — is tell us, make us feel that what we think we know, we don’t. There are whole worlds around us that we’ve never glimpsed.” Greil Marcus — Wednesday December 7th — 17:46 (CET) — 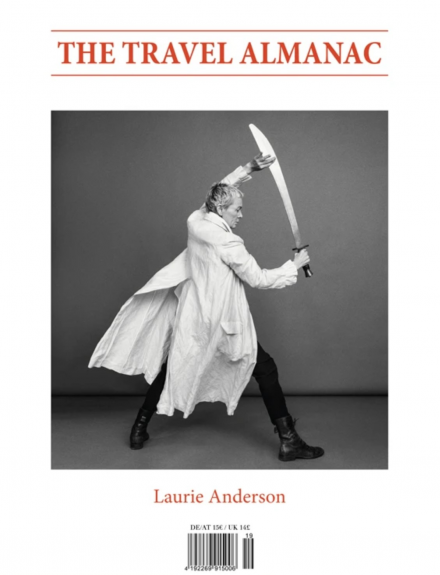 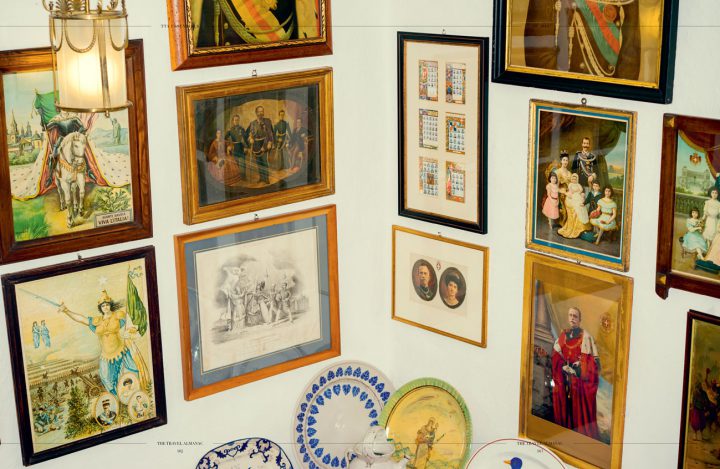 News from Berlin, as our friends of The Travel Almanac will release number nine of their inspirational magazine next week. Aesthetically the magazine shows a significant break from the earlier issues, with cover subject Charlotte Gainsbourg fragmented into 9 polaroids instead of the usual intriguing portrait, making the new cover a bold move, which we really like. The new edition - underlining why The Travel Almanac continues one of our favorite magazines - has as one of the key themes the fascination and complexity of self-awareness and self-portraiture, first taken on with the inspirational photographer Collier Schorr and secondly discussed with the main representative of the issue; actress and singer Charlotte Gainsbourg, who takes the reader on a walk through her childhood neighborhood in Paris and her newly adopted home New York City. With the other fascinating stories in the magazine taking one all over the globe, from Eastern-Europe, the Mediterranean to the United States, The Travel Almanac 09 proves to be another inspirational read, making us want to continue exploring. [ Continue reading ]

After our friends of The Travel Almanac premiered their interesting new venture last June in the form of TTA Editions, of which the second installment will be released somewhere in the beginning of 2015, they now will release the latest edition from their core: magazine number 8. Paul Kominek and his team created yet another incredible edition starting with the subtle blue cover color and suave cover subject Bryan Ferry. Next to the article on the Roxy Music frontman, one will find other features on the provocative photographer Leigh Ledare, the New York City-based painter Bjarne Melgaard, one of our favorite photographers Viviane Sassen, filmmaker Alejandro Jodorowsky and finally musician Laurel Halo. The issue also holds a special feature on Iceland, winter boots and a story portraying the very skillful chocolatiers of the capital of chocolate; Belgium (also our all time favorite place to stay in Antwerp: Boulevard Leopold is mentioned). [ Continue reading ]

This week The Travel Almanac presented a great new project named TTA Editions. In each Edition a selected artist, designer or other creative entity is asked by The Travel Almanac to design a product in a specific category which has a more or less direct relation to travel, after which every product will be released in a very limited edition available in select fashion boutiques and through The Travel Almanac website. For the debut Edition, fashion designer Bernhard Willhelm has created a very unique and beautiful Imabari cotton beach towel, which were produced on the island of Shikoku in Japan, each containing 34 individually hand-stitched embroideries. The towel has just been released in an Edition of 20 pieces. [ Continue reading ]

While enjoying some lovely days of in Napoli and around, driving the amazing Costa Amalfi and climbing the Vesuvius, it’s good to see one of my favorite magazines released their second issue. In this issue of The Travel Almanac, acclaimed artist and former fashion designer Helmut Lang shares… [ Continue reading ]

At the start of my trips to Berlin, Norway, Manchester and Lucca of last month I picked up the first issue of The Travel Almanac. A new, fresh and beautiful designed magazine featuring a really nice special on Japanese Ryokans (ultra-traditional countryside hotels), interviews with David… [ Continue reading ]

And another magazine release today: the new issue of the Travel Almanac. The magazine is looking amazing again with features on Rick Owens sharing his thoughts on his home in Paris and personal pictures of Rome; Norbert Bisky, the celebrated German painter, describes how navigating cities coincides with his artistic… [ Continue reading ] 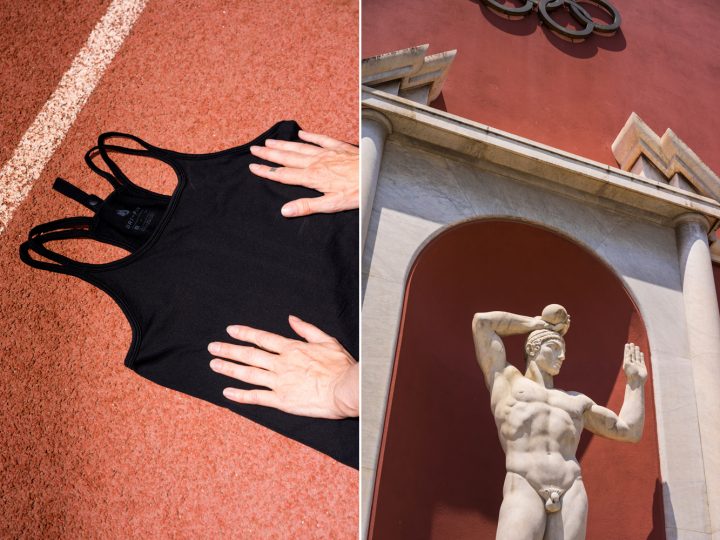 A little over a month ago NikeLab presented the debut collection of their collaboration with a new high profile name from the fashion world (are we going to see a focus on this, as competitor Adidas has been doing for the last decade?): British sportswear connoisseur Kim Jones. The colorful collection means the highly anticipated return to athletic sportswear for Jones, after he successfully collaborated with Umbro (owned by Nike) for several seasons some years ago, before he became menswear director at Louis Vuitton in 2011, where he has been marrying athletic influences with luxury. In order to celebrate the union between technology and tradition, our inspirational friends of The Travel Almanac decided to set up an exclusive fashion editorial collaboration with NikeLab and Jones in Rome’s E.U.R. [Esposizione Universale Roma] district which they gave the name 'Saluti da E.U.R.'

Esposizione Universale Roma is a neighborhood in the Italian capital that was planned to host the world’s fair and to exhibit Italy’s latest answers to modern urbanism, architecture, design, and sports. Finally completed for the Summer Olympics 1960 held in the city, the area is famous for its orthogonal city plan inspired by Roman Imperial urban planning and for its monumental white architecture characteristic of Italian Rationalism. The buildings’ traditional materials and revolutionary minimal lines were a simplification and modernization of neo-classical architecture and have influenced the most talented architects, from David Chipperfield to Peter Zumthor passing through Oscar Niemeyer. Today E.U.R. has become Rome’s center for sports, finance, and with its newly opened Museum of Fashion in the iconic Palazzo della Civilta’ Italiana, also known as the Squared Colosseum, also for fashion.

A context proving to be a remarkable fit for the collection's colorful pieces, both caught by The Travel Almanac's founder Paul Kominek and Danish photographer Sara Katrine Thiesen, presenting a perfect hybrid of the classicist Italian exterior and some of the most cutting edge athletic pieces available today created by Jones and NikeLab, forming one of our favorite editorials we have seen in the last few months. [ Continue reading ]