“What art does — maybe what it does most completely — is tell us, make us feel that what we think we know, we don’t. There are whole worlds around us that we’ve never glimpsed.” Greil Marcus — Tuesday August 23rd — 14:42 (CEST) —

I love listening. It is one of the only spaces where you can be still and moved at the same time. — Nayyirah Waheed — Tuesday August 23rd — 14:42 (CEST) — 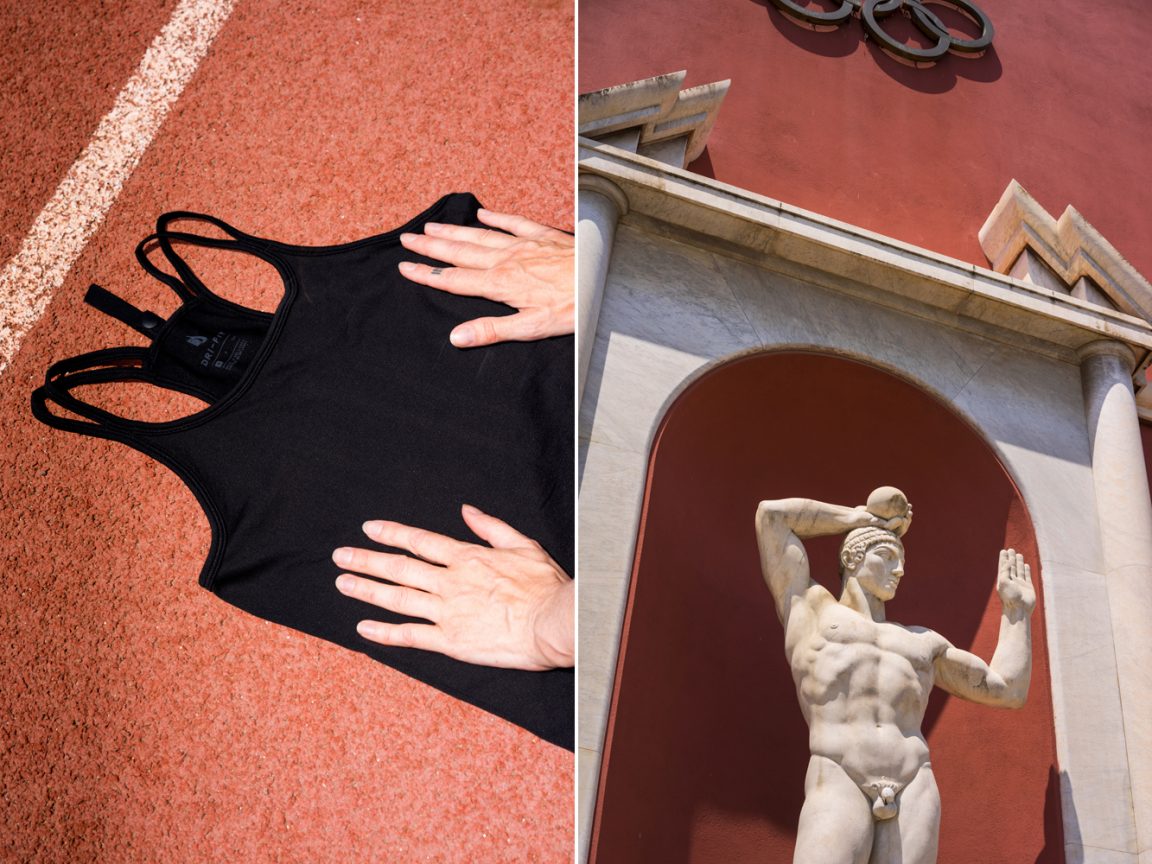 A little over a month ago NikeLab presented the debut collection of their collaboration with a new high profile name from the fashion world (are we going to see a focus on this, as competitor Adidas has been doing for the last decade?): British sportswear connoisseur Kim Jones. The colorful collection means the highly anticipated return to athletic sportswear for Jones, after he successfully collaborated with Umbro (owned by Nike) for several seasons some years ago, before he became menswear director at Louis Vuitton in 2011, where he has been marrying athletic influences with luxury. In order to celebrate the union between technology and tradition, our inspirational friends of The Travel Almanac decided to set up an exclusive fashion editorial collaboration with NikeLab and Jones in Rome’s E.U.R. [Esposizione Universale Roma] district which they gave the name ‘Saluti da E.U.R.’

Esposizione Universale Roma is a neighborhood in the Italian capital that was planned to host the world’s fair and to exhibit Italy’s latest answers to modern urbanism, architecture, design, and sports. Finally completed for the Summer Olympics 1960 held in the city, the area is famous for its orthogonal city plan inspired by Roman Imperial urban planning and for its monumental white architecture characteristic of Italian Rationalism. The buildings’ traditional materials and revolutionary minimal lines were a simplification and modernization of neo-classical architecture and have influenced the most talented architects, from David Chipperfield to Peter Zumthor passing through Oscar Niemeyer. Today E.U.R. has become Rome’s center for sports, finance, and with its newly opened Museum of Fashion in the iconic Palazzo della Civilta’ Italiana, also known as the Squared Colosseum, also for fashion.

A context proving to be a remarkable fit for the collection’s colorful pieces, both caught by The Travel Almanac’s founder Paul Kominek and Danish photographer Sara Katrine Thiesen, presenting a perfect hybrid of the classicist Italian exterior and some of the most cutting edge athletic pieces available today created by Jones and NikeLab, forming one of our favorite editorials we have seen in the last few months.

Kim Jones on his collaboration with Nike:

I wanted to use Nike technology so we found something old and made it into something that was very new. I didn’t want the collection to look retro. I wanted it to be modern and to speak to youth today.

With this collection, NikeLab has focused on equipping both professional travelers and elite athletes with the best textile technologies and innovative fashion. Kim Jones, whose design inspiration stretches from exotic places he lived in during his childhood, the streets of East London he walked during his youth, to the cities and regions he now visits for work. With this collection Jones created some of the most technically advanced apparel that would save frequent travelers’ essential time and packing space while safeguarding comfort and style.  As an homage to his sneaker-obsessed youth, Jones took the 1995 Nike Air Zoom LWP and remodeled it to a contemporary silhouette while adding a color neon palette throughout the collection (something which Nike has been doing for the last few seasons of course), with which, in his own words, he: “was looking at the future.”

The Travel Almanac on its impeccable editorial:

At E.U.R. we took the NikeLab x Kim Jones: Packable Sport Style collection for a run on a track surrounded by onlooking statues of Roman demigods and heroes, and then sauntered on the sidewalks, contrasting the collection’s futuristic color palette against the buildings’ diaphanous limestone slabs.

For the whole feature head over to The Travel Almanac

(Thank you Jordi for the tip!)