“What art does — maybe what it does most completely — is tell us, make us feel that what we think we know, we don’t. There are whole worlds around us that we’ve never glimpsed.” Greil Marcus — Saturday December 6th — 12:00 (CET) —

I love listening. It is one of the only spaces where you can be still and moved at the same time. — Nayyirah Waheed — Saturday December 6th — 12:00 (CET) — 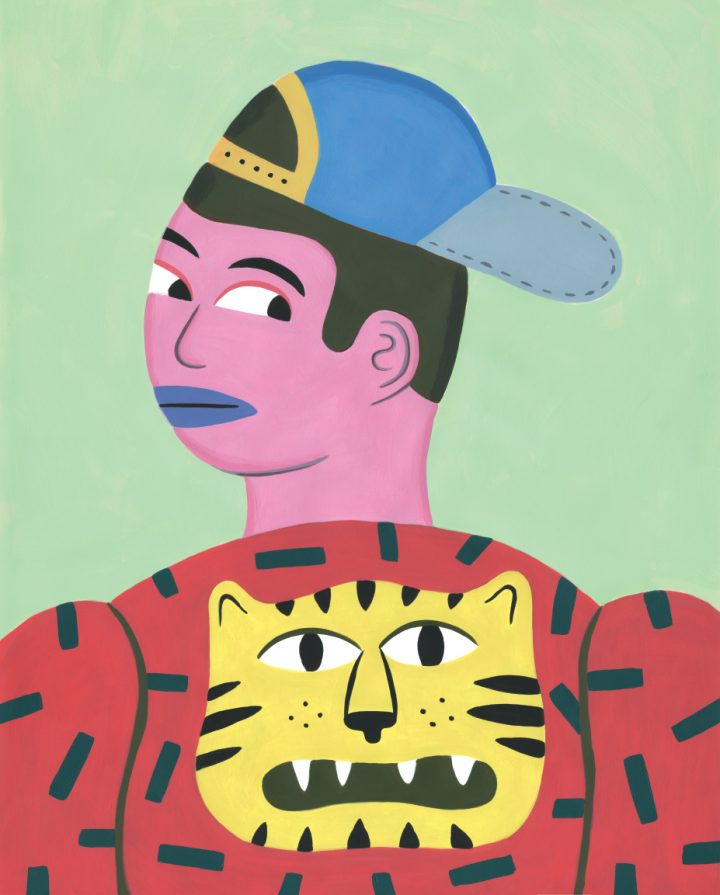 Andy Rementer is an award winning graphic artist from USA. He grew up in a Victorian beach town where an early exposure to the sun faded, local signage educated his love of type and hand-painted lettering. A sense of timelessness and nostalgia is to be found in the world he creates. Another reoccurring theme of Rementer’s work is isolation, something he cites as an effect of his abrupt relocation to an urban environment in formative years and often depicted in his work through his characters’ underlying unease with their surrounding. He graduated from The University of the Arts in 2004. After working with Benetton's Fabrica in northern Italy, he relocated to the East Coast where he divides his time between drawing, painting, and developing his first graphic novel. His work has been featured all over the world, among them Apartamento Magazine, The New York Times, Le Monde and Creative Review. We've been following Andy for many years now and therefore asked him what inspires a bright mind like his. [ Continue reading ]

Meet Me Later by Andy Rementer

On the 1st of May graphic artist Andy Rementer returned to New York City-based gallery Mondo Cane, with his third solo show of new and previously un-shown paintings and drawings. The 'Meet Me Later' series transports the spectator to seemingly familiar street corners, domestic situations and subway platforms populated by characters caught in frozen moments of furtive activity. The work has a timeless quality which seems to draw from influences as diverse as Léger, The Italian Renaissance and even the narrative economy of Raymond Carver. Ambiguous narratives connect the work, while the spirit of Rementer’s work, with his familiar high key colors in the paintings, bold decorative patterns and the familiar but odd characters which interact in unexpected and often humorous ways with the surroundings in which Rementer has placed them.  [ Continue reading ]

We love the collaboration between Case Studyo and graphic artist Andy Rementer called People Blocks. It consists of four unique wooden characters entirely made and painted by hand. The individual pieces are interchangeable, allowing them to be re-assembled and stacked to create custom characters or abstract sculptures. The series captures the spirit of Rementer’s work, high key color, bold decorative pattern and oddly pensive characters which interact in unexpected and often humorous ways with the surroundings in which they are arranged. The characters: Antoine, Fabienne, Jean and François are sold individually and packaged in a screen printed wooden box. Each sculpture comes with a certificate of authenticity signed and numbered by the artist. [ Continue reading ]

The national Dutch newspaper Volkskrant invited us, together with Parra, Noma Bar, Andy Rementer, Geneviève Gauckler, Arjan Benning & Nina Broersen,  to create an image for their magazine to celebrate Dutch Design and the upcoming Dutch Design Week.
The image we've made is a collection of old and new icons of Dutch Design. From old windmills to the new CCTV building by Rem Koolhaas. From the Rietveld chair and the Chest of Drawers by Tejo Remy to the Egg Vase and Horse Lamp by Marcel Wanders. From the old Fokker and  Daf airplanes and cars to the new Joolz strollers. All very Dutch, all beneath sea level...  [ Continue reading ]