“What art does — maybe what it does most completely — is tell us, make us feel that what we think we know, we don’t. There are whole worlds around us that we’ve never glimpsed.” Greil Marcus — Monday April 11th — 12:00 (CEST) — 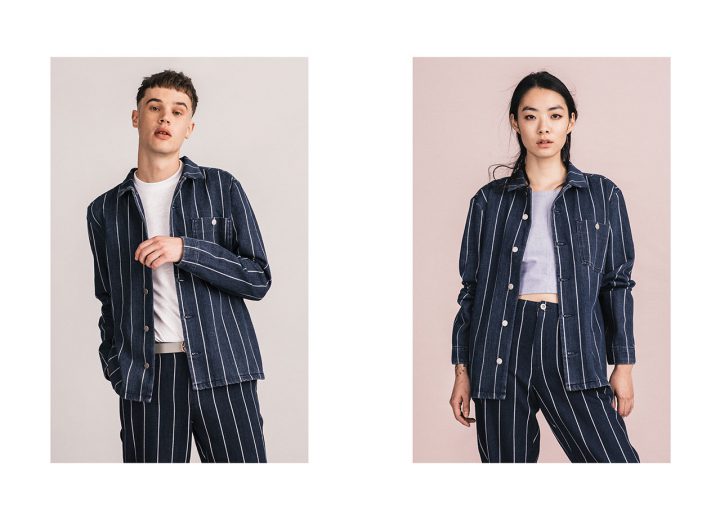 There was a time in which we had our eye on Kickstarter way more often then now a days, regularly finding interesting and exciting new projects funded (or sometimes failing to do so; we still can't believe 'Under Black Carpets' didn't succeed at that time) through their own community. Recently we have trouble finding the real gems (maybe there are few these days) and our last writing on such campaign or project was the successfully funded, inspirational conclusive book-project by hero Rob Lutter. Recently we finally discovered a new project which came to life through the crowd-funding platform which we really like. Promising London born and bred fashion brand Bethnals was founded by creative product developer and former Topshop denim buyer Melissa Clement in 2013 and raised its proper funding a year later to create a label focussing on basic, fuss-free denim for men and women at a very sharp price-point, that speaks volumes without the need to be loud. Finding inspiration in the cutting edge music, art and fashion scene of England's capital, there's a clear Scandinavian influence to be observed in their output as well, with the recently released Spring/Summer 2016 collection showing a maturity seldom seen at brands as young as Bethnals. Keep an eye on this promising name from London. [ Continue reading ]

In September of 2013 we wrote about the fascinating story of Rob Lutter, who in 2011 had left England by bike and had travelled all the way to Hong Kong for charity. At that moment he sought new funds via Kickstarter to continue being on the road, which he eventually did. A staggering 4,5 years after Rob has left England he covered 40.000 kilometer by bike, completing a tremendous quest all around the world. With the journey officially having reached its final destination a last Kickstarter project has gone live now to create the best possible presentation of the endeavor in an elegant printed form. Rob's goal is to publish two books: 'A Thousand Dawns'; describing the story of the ride and 'Lifecycle'; presenting a collection of selected photos and tales. Make sure to support this remarkable project and man, to let him reach one last final destination. [ Continue reading ]

Some people don't travel, they explore. They explore new ways of crossing the world, they explore new places and new boundaries. Rob Lutter is one of those people. Two years ago, on a windy day in London, Rob Lutter got on his bike and cycled down the road, and he didn't stop. Day after day, for 24 months, he cycled more than 15.000 kilometer all the way to Hong Kong to raise money for charity. As he has reached his initial destination and his hunger for exploration hasn't been stilled, Lutter is now raising funds from Hong Kong for the next stage of his journey. The aim is to cross South East Asia, Indonesia, Australia, the US from west to east, with a final stretch from Scotland to England. [ Continue reading ]