I love listening. It is one of the only spaces where you can be still and moved at the same time. — Nayyirah Waheed — Tuesday September 20th — 14:44 (CEST) —

“What art does — maybe what it does most completely — is tell us, make us feel that what we think we know, we don’t. There are whole worlds around us that we’ve never glimpsed.” Greil Marcus — Tuesday September 20th — 14:44 (CEST) — 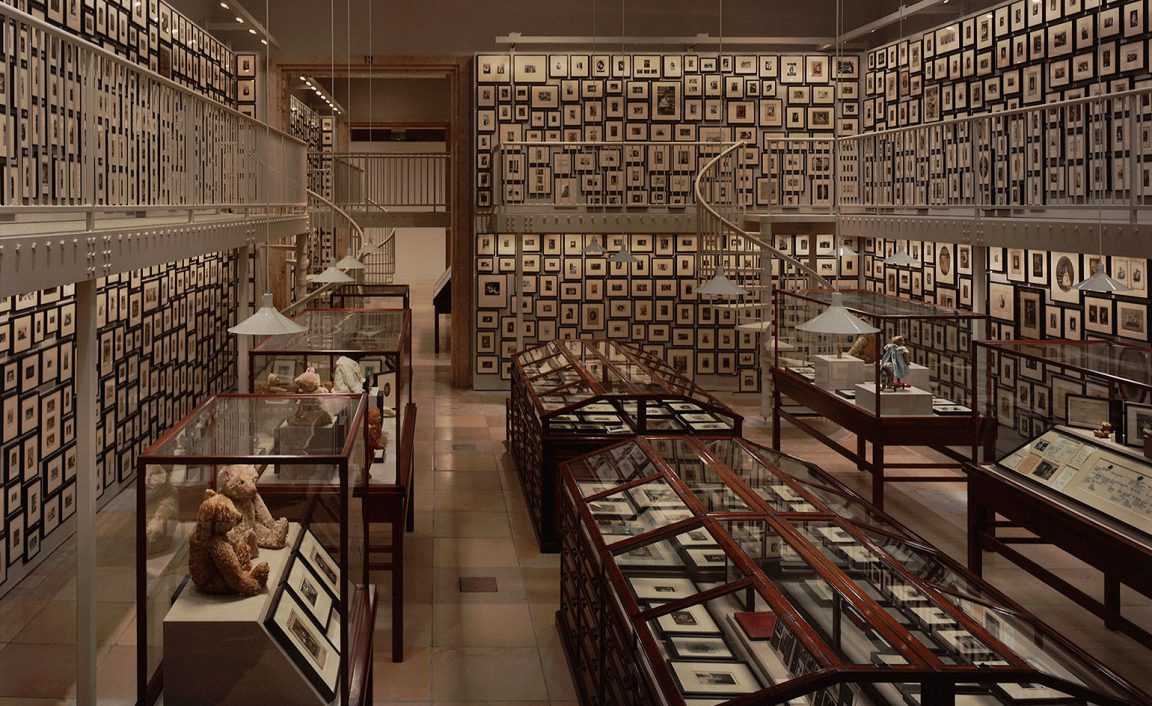 Running for only a few more days, (so when around New York City make sure to still catch it!) ‘The Keeper’ is an inspirational and remarkably designed exhibition dedicated to the act of preserving objects, artworks, images and to the passions that inspire this undertaking — which makes it for us, as avid collectors and collection lovers, a must visit. The curation that’s on display in the New York City-based New Museum forms a reflection on the impulse to save both the most precious and the apparently valueless, bringing together a variety of imaginary museums, personal collections, and unusual assemblages, revealing the devotion with which artists, collectors, scholars, and hoarders have created sanctuaries for endangered images and artifacts. In surveying varied techniques of display, the exhibition also reflects on the function and responsibility of museums within multiple economies of desire. The eye catcher of the exhibition is ‘Partners (The Teddy Bear Project)’ (2002), a vast display conceived by Ydessa Hendeles. Composed of over 3000 family-album photographs of people posing with teddy bears, and vitrines containing antique teddy bears, Hendeles’s project establishes the teddy bear as a metaphor for the consolatory power of artworks and images and underscores the symbiotic relationship that ties people to their objects of affection.

Subsequently, through a selection of studies and portraits that spans the twentieth century, the exhibition tells the stories of various individuals through the objects they chose to safeguard, exposing the diverse motivations that inspired them to endow both great and mundane things with exceptional significance. As responses to loss, chronicles of experience, subjective quests, and archives for the future, the unusual collections and personal museums that are presented range from staggeringly maximalist efforts to modest struggles charged with urgency.

As the specter of iconoclasm continues to resurface in current events, ‘The Keeper’ presents the complex lives of images and objects that have escaped a tragic end alongside the existential adventures of individuals driven by unreasonable acts of iconophilia.

Roger Caillois’s collection of rare stones or Harry Smith’s string figures, pursue a universal syntax. Other collections were not so much kept as withheld, such as Hilma af Klint’s suite of abstract paintings, which she kept hidden for decades after her death, venturing that her work would be better appreciated beyond her own time. Shinro Ohtake’s feverishly collaged scrapbooks burst with found materials as free associations of images and everyday ephemera. In a ceremonious personal custom, Ye Jinglu had a studio portrait taken every year for decades. These photos, preserved by Tong Bingxue, represent collecting as a mode of auto-ethnography that inadvertently also traces social and political changes over time.

As a visual anthology of cut and pasted images, Henrik Olesen’s Some ‘Gay-Lesbian Artists and/or Artists relevant to Homo-Social Culture Born between c. 1300–1870’ (2007) mounts a provocative counter-narrative to the art historical canon by highlighting artists’ censored biographies as well as homoerotic depictions dating from the fourteenth to the nineteenth centuries. In a similar attempt to preserve histories that would otherwise be erased, Susan Hiller’s video ‘The Last Silent Movie’ (2007–08) looks at sound, gathering the voices of speakers of twenty-five dying or lost languages to offer a meditation on the conditions that have led to their extinction. A selection of ancient artifacts from the National Museum of Beirut, melted together by shell fire during the Lebanese Civil War, speaks to the preservation of objects whose profound transformations make them even more powerful representatives of the past.

Through this last collection (and others)  —beyond the overarching theme— the exhibition emphasizes images and objects that testify to historical trauma or dramatic events, representing the act of preserving as a resolution to bear witness and to remember. Clandestine efforts to save or protect, often taken at great risk, attest to an indefatigable faith in the power of images to heal and comfort, and a desire to honor what survives in spite of the effects of violence or time.

We love this inspirational hybrid of historical study, theoretical interpretation and aesthetics!