I love listening. It is one of the only spaces where you can be still and moved at the same time. — Nayyirah Waheed — Wednesday September 7th — 14:35 (CEST) —

“What art does — maybe what it does most completely — is tell us, make us feel that what we think we know, we don’t. There are whole worlds around us that we’ve never glimpsed.” Greil Marcus — Wednesday September 7th — 14:35 (CEST) — 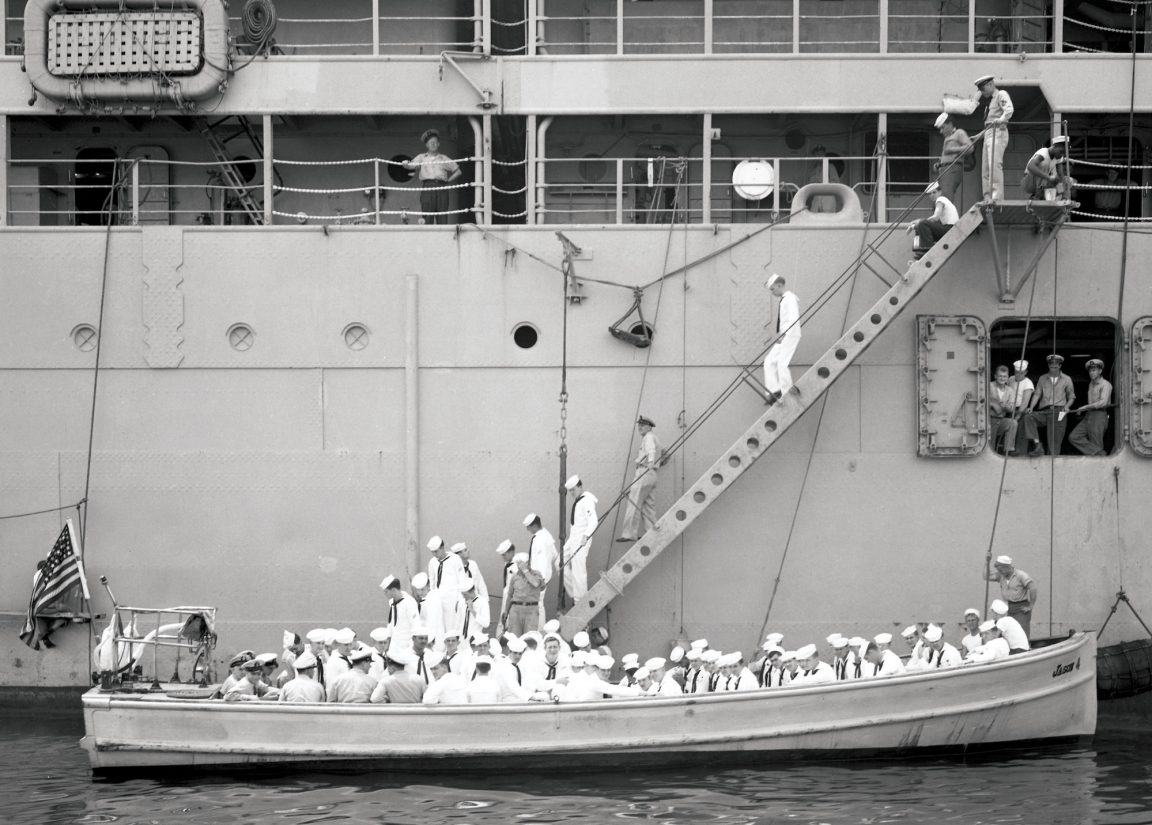 In April of this year cultural anthropologist and graphic design historian Jim Heimann, together with his regular collaborator; editor and archivist Ryan Mungia, presented one of our favorite printed projects which were released in 2016. The incredible ‘Shore Leave’ is the first photobook to capture Honolulu during the Second World War through a remarkably curated collection of vintage photographs, a lot of them found in personal scrapbooks of veterans, which were collected by Heimann over years and now made public through Mungia’s Boyo Press.

It portrays the thousands of US sailors bound for the Pacific during the early 1940’s, in a period when the Hawaiian Islands were the staging ground for an unknown fate. Their perception of Honolulu as a tropical paradise quickly deflated upon their arrival. The anticipation of a moonlit Diamond Head, available hula girls and free-flowing and affordable rum quickly materialized into crowded streets, beaches cordoned off with barbed wire and endless lines to nowhere. Still, as with many ports of call, diversions were plentiful, and set against the warm trade winds, sailors took advantage of them on their last stop to hell. A totally unique place and time, which shows throughout the images selected by Mungia and Heimann.

Binding all these insightful photographs together in the book creates a truly unique insight, elegantly designed moreover, ‘Shore Leave’ is one of the most captivating books we have discovered this year.

It is a one-of-a-kind visual document of a port that, for many sailors who passed through, was their initiation into manhood.

Classic 1940s images of Hawaiian hula girls complement scrapbook photos of jaunty, uniformed sailors touring the island on a motorcycle or playing pool. Young women masquerading as bonafide hula girls pose with sailors in photobooth arcades, a ritual that for many would be the last human embrace before being deposited onto the battlefield. Whether on the crowded streets of Waikiki or in line at the famed Black Cat Cafe, the young American men appear content for the moment with the liberties that their 48 hours away from the ship afforded.

Meticulously culled from a 30-year collection of scrapbooks, photo albums and ephemera, ‘Shore Leave’ presents the dreams and realities of young men on their way to war in a Honolulu as exotic and forbidden as it was banal and lonely.

Cultural anthropologist and graphic design historian Jim Heimann is Executive Editor for TASCHEN America, and author of numerous books on architecture, pop culture, and the history of the West Coast, Los Angeles, and Hollywood. His unrivaled private collection of ephemera has been featured in museum exhibitions around the world and in dozens of books. Earlier Boyo Press collaborations with his longtime collaborator Ryan Mungia include ‘Pot Shots‘ on marijuana dispensaries in Los Angeles from 2013, and the beautiful publication from 2015 named ‘Protect Yourself: Veneral Disease Posters of World War II‘, which is Mungia’s project, but Heimann contributed the introduction.

We are very inspired how Mungia and Heimann turn collection into valuable content for the future, ‘Shore Leave’ being our clear favorite.With hopefully more to come by these two inspirators showing how it could/should be done..