“What art does — maybe what it does most completely — is tell us, make us feel that what we think we know, we don’t. There are whole worlds around us that we’ve never glimpsed.” Greil Marcus — Friday July 15th — 13:45 (CEST) — 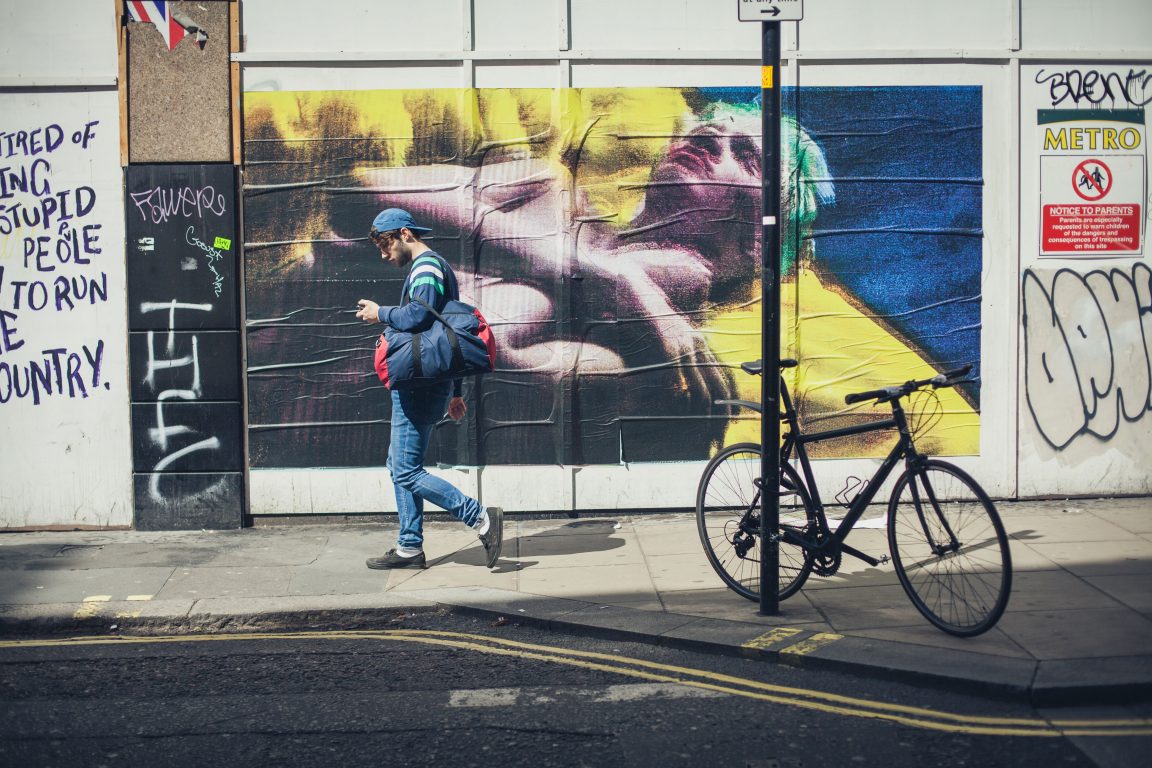 British artist Joe Cruz has been a favorite of us for the last few years, from the very moment we first encountered his incredible collages somewhere in 2012. In 2013 we found ourselves very lucky to have collaborated with him for Journal de Nîmes Nº 9 and we followed his development with every new step. Over the course of these years in which we had Cruz on our radar, he continued to challenge himself. Finding new territories for his imagery in which he applies his distinct signature style, which can be typified by his incredible use of color, iconic fashion imagery and ethnic influences, combining the different elements into his signature visual language — whether in collages, textile designs, illustrations, the remarkable ongoing collaboration with photographer Jack Davison. Last week he presented his first project placed directly in the public sphere. For the new series Cruz has teamed up with London-based Jack Agency, resulting in the latest addition to their ongoing ‘Your Space Or Mine’ project. The collaboration sees the agency support Joe Cruz, as he showcases his work at the largest scale till date, directly on the streets across his hometown London, in the Shoreditch area, for the first time. Bringing his familiar signature aesthetic, with its fashion photography influences, to a billboard size proves to be a perfect fit.

‘Your Space Or Mine’ exists to explore the significance of art and ambient messaging on the street, providing a platform for artists and creatives.

Joe Cruz is a very talented artist. Collage artist, illustrator and textile designer; since we discovered his work some years ago we’ve been highly appreciating his unique artistic vision. Over the years he continued to produce iconic imagery, distinctly using a toned down color palette and collage techniques. Joe was born in London in 1988 from a multi-cultural background: with roots in France, Spain, Austria and Morocco. He graduated from Norwich University of the Arts in 2010 with a BA in Graphic Design, specializing in Illustration after which he worked on commissions for clients such as Mary Portas, Stussy and Nokia, next to his free work which seems to have been influenced by his eclectic background in one way or the other.  We were very happy to collaborate with Joe in Journal de Nîmes Nº 9, for which the artist created an extraordinary collage using vintage photographs out of the Tenue de Nîmes private collection named ‘Denim Anonymous’.

Revisit our ‘Inspirations’ interview from 2015 with Joe here