Anything can happen in life, especially nothing. — Michel Houellebecq — Saturday July 16th — 10:10 (CEST) —

“What art does — maybe what it does most completely — is tell us, make us feel that what we think we know, we don’t. There are whole worlds around us that we’ve never glimpsed.” Greil Marcus — Saturday July 16th — 10:10 (CEST) — 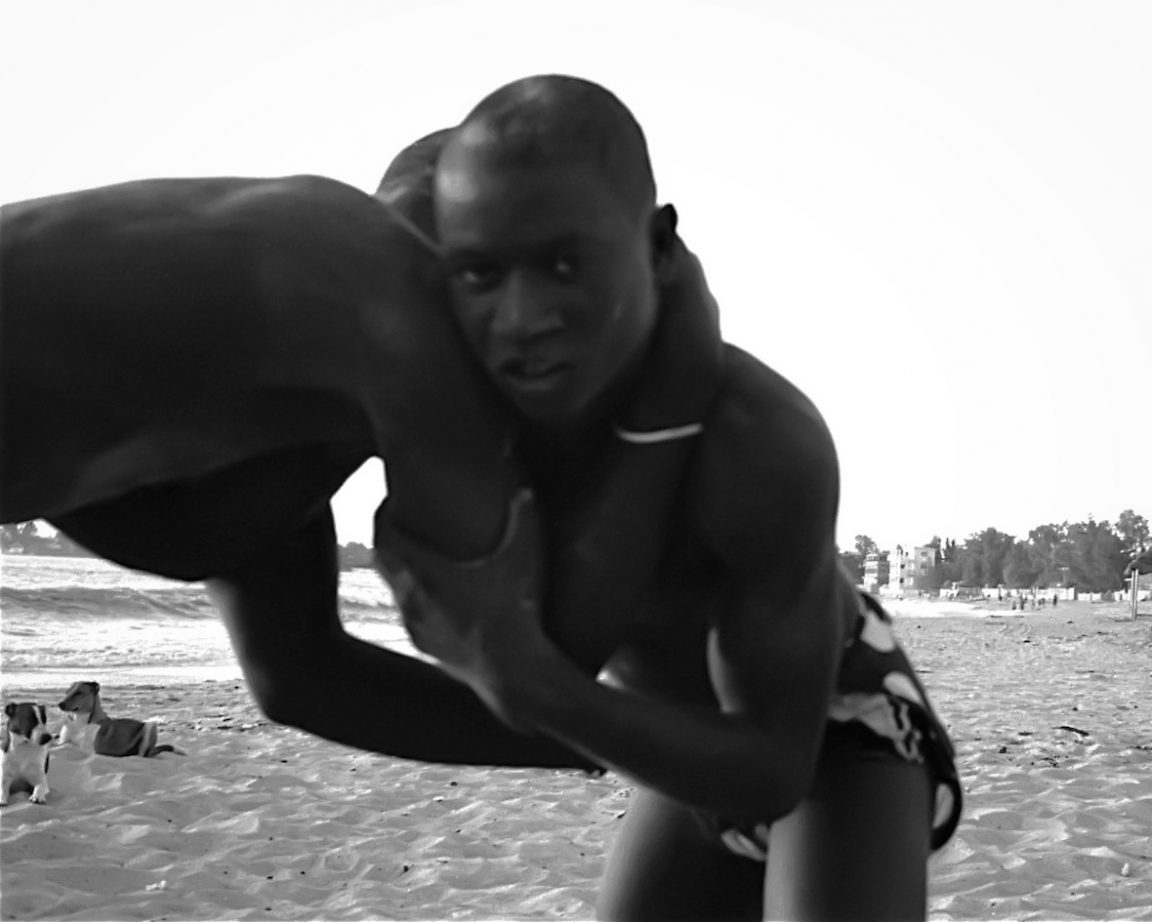 More than two years ago we wrote about a new Jungles in Paris story which took the reader on an insightful trip to the West African country of Senegal. As in most Sub-Saharan African countries football is the clear favorite sport there, but an indigenous sport that has existed for centuries is traditional wrestling named Laamb in Wolof. It is one of the sports in which the young men engage on the famous ‘Plage de Fann’ beach in Dakar, which was singled out in the beautiful story. Since ancient times Senegalese wrestlers competed before the king and queen in village squares. Singers, dancers, and storytellers embellished the match. Wrestlers wore amulets to ward off evil spirits and black magic from their opponents. Nowadays, the tradition remains strong. As in former times, griots praise the victors in song and dance.

The contemporary champions of the traditional wrestling sports are celebrities in Senegal, with fighters such as Yékini (Yakhya Diop), Tyson (Mohamed Ndao), and Bombardier (Serigne Ousmane Dia) the best known. Today we want to take another look at the beautiful sport, this time through the lens of French photographer Laurent Laporte who shot a series on one of his many travels named after the famous wrestler: ‘Bombardier’. Young Senegalese boys, who meet each other on beaches like Plage de Fann, dreaming to become as big as ‘the bomber’ — caught remarkably by Laporte who made the series half duotone and half color. Finding remarkable frames which represent both the sport and the country in a unique and exciting way.

Wrestling is the nationally sport in Senegal. In Ngpaparou, the youth train all day in the sand to imitate their idol: Wrestler Serigne Ousmane Dia, named ‘The Bombardier’.

And ‘Bombardier’ is just one of many beautiful series by Laporte, who states on his Instagram to be: “based as little as possible in Paris.” When he’s not in the French capital, he clearly is on the road. Next to ‘Bombardier’ for instance the series named ‘Plage Blanche’ has taken him to a nondescript beach town in Morocco, caught extraordinary by the French photographer. Another series we really like are the ‘Sneaker Monks’, shot in the SongzanLin monastery in Yunnan, China, where he came face to face with monks who surely forgot to make their vows of poverty. These respected “lamas” are very well paid by the newly rich people of Shangri-La to do private prayers and therefore drive 4×4’s, have the latest Samsung smartphones and, as the title suggests, love sneakers. These are just few examples of how Laporte travels the world with his camera, catching what’s in front of his lens in an utmost elegant manner.

We can’t wait for more travels by Laurent..