“What art does — maybe what it does most completely — is tell us, make us feel that what we think we know, we don’t. There are whole worlds around us that we’ve never glimpsed.” Greil Marcus — Wednesday October 26th — 16:34 (CEST) —

I love listening. It is one of the only spaces where you can be still and moved at the same time. — Nayyirah Waheed — Wednesday October 26th — 16:34 (CEST) — 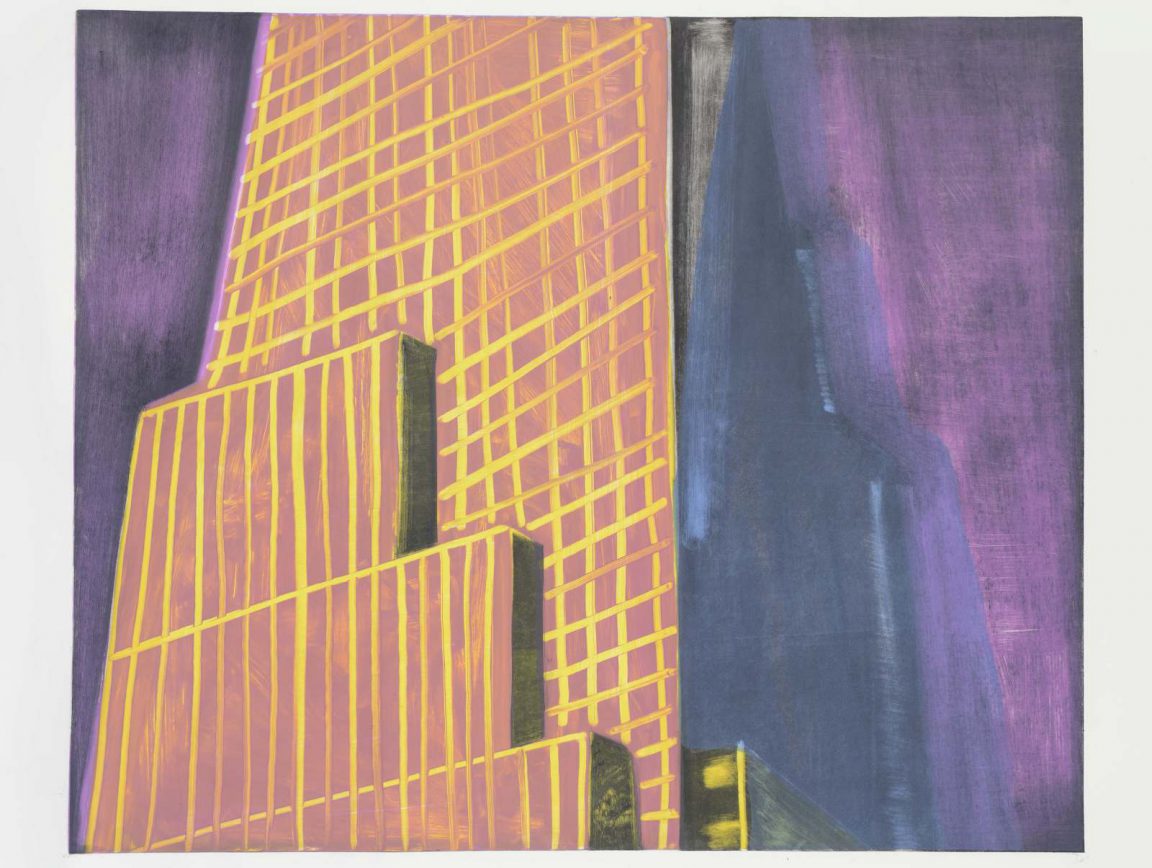 Paris-based illustrator and artist Yann Kebbi has been among our favorites from the moment we discovered his immaculately executed raw style in The New Yorker some years ago. His color pencil drawings are one of a kind: combining hard, sketched lines that mark his figures, buildings, streets and anything else that make up his captivating (city) scenes, overlaying them with clouds of primary colors to give the depictions warmth, but most importantly Kebbi excels as a master of the act of omitting to complete his works. His drawings seem joyful at first glance, but always show another mysterious layer of wry- and sometimes even sadness, to be observed within his perfect bursting chaos of lines and colors, which infinitely seem to fascinate us.

In recent years he continued on the particular stylistic road that gathered him international acclaim very quickly, but Kebbi also seriously challenged himself by exploring new areas. One of these explorations was the introduction of watercolors to create similar scenes as he had been doing with pencils, but this time implementing rich areas of color and even using similar techniques as, another one of our favorites, Dutch artist Rop van Mierlo does — for instance in the project ‘Howdy – drawings of America’, created together with his friend Idir Davaine, in which they portray their travels through the USA. His most recent ‘Monotypes’ series (brought to our attention two weeks ago by It’s Nice That) shows a more radical development going beyond lines as the markers of his depictions, using monotype printmaking. A medium used before Kebbi by iconic French artists like Degas, Matisse and Picasso, being a technique of printing layer by layer, to create a single unique print — proving to be another discipline in which Kebbi succeeds marvelously to bring his unique artistic vision to life.

After having started to work on an international scale soon after graduating, in 2012 Yann Kebbi really became an established name in illustration, when he published his first own book (after having done illustrations for books of other’s before) ‘Americanin – un chien à New York’ (‘Americanine – a dog in New York’), published by Editions Michel Lagarde, which was very well-received and has had numerous reprints by now. In 2014 another publication was released, again by Michel Lagarde, this time for his series ‘Howdy – dessins d’Amérique’ (‘Howdy – drawings of America’), after the project was exhibited at the famous Brussels gallery Chempaka. His latest series ‘Monotypes’ was published by 3 fois par jour this summer.

Yann Kebbi was born and is still Paris-based, where he graduated from Decorative Arts in Paris after a DMA illustration at the Ecole Estienne and exchange at the Parsons School in New York. Next to working on his free projects like his ‘Monotypes’ and ‘Howdy – drawings of America’, he regularly works on editorial illustrations for leading magazines and daily papers like The New Yorker, The New York Times, Libération, Le Tigre and XXI, amongst others.

Both the ‘Howdy – drawings of America’ (although more expensive as a second hand) and ‘Monotypes’ publications are available online here.

Next to the two mentioned series, we’ve also included some works from Kebbi’s series ‘Frames‘, that was on display at Galerie Champaka in Brussels and Paris.

For all information and work by Yann Kebbi see here