“What art does — maybe what it does most completely — is tell us, make us feel that what we think we know, we don’t. There are whole worlds around us that we’ve never glimpsed.” Greil Marcus — Monday December 9th — 18:00 (CET) —

I love listening. It is one of the only spaces where you can be still and moved at the same time. — Nayyirah Waheed — Monday December 9th — 18:00 (CET) — 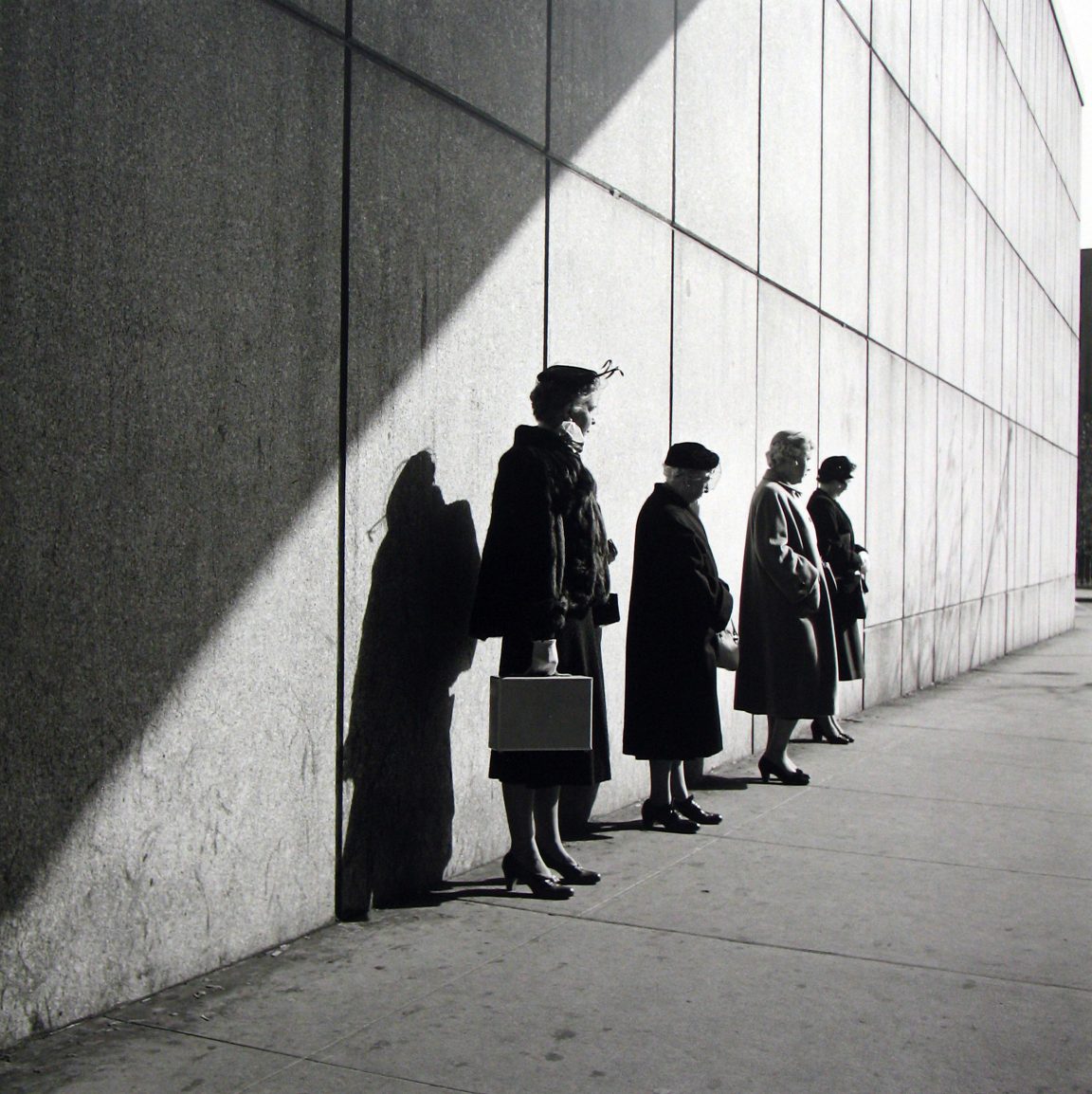 On the 2nd of December a major exhibition of the work of photographer Vivian Maier opened in London-based gallery Beetles and Huxley. The incredible story of Maier started in 2007, when a real estate agent called John Maloof purchased 30.000 negatives taken by the then anonymous Vivian Maier, a reclusive nanny from Chicago. Bought on a hunch, he had inadvertently stumbled upon an undiscovered pot of gold. Born in New York in 1926, Maier spent her youth in France before returning home to The States in 1951, where she spent the next five decades looking after various families and their children. As well as following in the footsteps of Mary Poppins this eccentric, highly intellectual and heavily opinionated lady was also a serious street photographer.

With her Rolleiflex camera around her neck Maier strolled through the streets of Chicago and New York casting her eye over the everyday characters and scenes she saw. Fashionable fur stoles, boys playing on the beach and journeys on the Statten Island ferry are just some of the subjects which filled her oeuvre. When Maloof acquired these negatives in 2007 Maier was a complete unknown, with little knowledge of her talent and the breadth of her archive. The storage locker, which unearthed Maloofs acquisition, was only auctioned off to help settle a number of payments, which had built up before Maiers death in 2009.

After Maloof’s initial discovery he went on to recover over 2000 roles of undeveloped film, 3.000 prints and 150.000 negatives. This incredible archive is now highly regarded in the photography field and Maier has since been compared to the likes of the great 20th Century documentary photographers Diane Arbus, Brassai, Walker Evans and Weegee. Street photography has been a recent trend for many London galleries but nothing in their exhibitions carries the intrigue and poignancy behind the work of a very private photographer, Vivian Maier (1926-2009). A former Chicago nanny, she strolled the streets with her Rolleiflex camera, capturing the wealthy and streetwise, romantic and tragic, and, unusually, the racial diversities.

The exhibition will run until Saturday 28 December 2013. Beetles and Huxley is opened from 10:00 until 17:30. For more information visit here.