I love listening. It is one of the only spaces where you can be still and moved at the same time. — Nayyirah Waheed — Wednesday April 12th — 22:19 (CEST) —

“What art does — maybe what it does most completely — is tell us, make us feel that what we think we know, we don’t. There are whole worlds around us that we’ve never glimpsed.” Greil Marcus — Wednesday April 12th — 22:19 (CEST) — 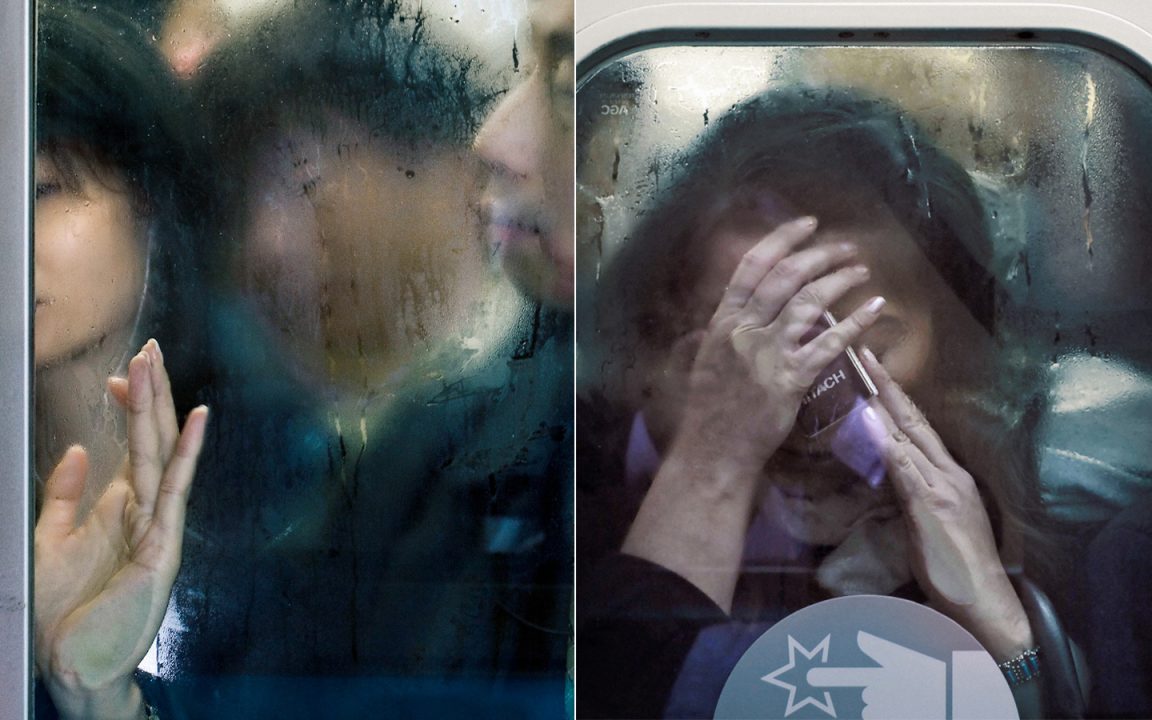 When the thrilling ‘Tokyo Compression’ series by German master photographer Michael Wolf was first presented in 2010, like the rest of the world, we were stunned by its captivating oppressive beauty. In the years that passed, the Asia dwelling photographer kept expanding the series, next to all of the other long-lasting chapters that portray the DNA of different Asian mega cities like Tokyo (and for instance Hong Kong, where the photographer has lived a significant part of his life) as sublime fine-grained puzzles full of mystery and unfamiliar beauty. In total, Wolf worked on’Tokyo Compression’ from 2010 until 2013, with three publications as a result, that are among our favorites and part of the most interesting publications of its kind.

Today, we encountered not only one, but three reasons to shine light on this highly inspirational work once again: firstly, the arrival of the definite finale of the ‘Tokyo Compression’ series in printed form, with yesterday’s release of the fourth book named ‘The Final Cut’ by German publisher Peperoni Books. Secondly, we discovered that some months ago the body of work was nominated for this year’s prestigious Prix Pictet and most importantly; as a result of all this renewed interest, the series will be exhibited throughout the world once more in 2017. After it was shown at Blue Lotus Gallery in Hong Kong in the first months of the year, to our great pleasure, a ‘Tokyo Compression’ exhibition will open for the public in two days in our homebase Amsterdam, where it will be shown next to ‘Hong Kong Coat Hangers’ at the Wouter van Leeuwen Gallery until the 20th of May. Within that period another part of ‘Tokyo Compression’ will travel to London, were it will be on display at the Victoria and Albert alongside the other 11 nominees of the Prix Pictet until the 28th of May.

We are extremely excited by this fourth coming of one of our favorite series of all time, so we decided to share some of our favorites below. When in Amsterdam or London: don’t miss the opportunity to see Wolf’s magic first hand in the coming two months as this seems to be the final chance to do so!

I was interested in creating a visual metaphor. The negative effect that life in mega cities has on its inhabitants.

The focus in all of the German master photographer Michael Wolf’s work is life in mega cities. Many of his projects document the architecture and the vernacular culture of metropolises. Wolf grew up in Canada, Europe and the United States, studying at Berkeley and at the Folkwang school with Otto Steinert in Essen, Germany. He moved to Hong Kong in 1994 where he worked for 8 years as contract photographer for Stern magazine. Since 2001, wolf has been focusing on his own projects, many of which have been published as books.

Wolf’s work has been exhibited in numerous locations, including the Venice Bienniale, Aperture Gallery, New York; Hong Kong Shenzhen biennial and the Museum of Contemporary Photography, Chicago. His work is held in many permanent collections, including The Metropolitan Museum of Art in New York, The Brooklyn Museum, Museum Folkwang, Essen and the German Museum for Architecture, Frankfurt. He has won first prize in the World Press Photo award competition on two occasions in 2005 and 2010. In 2011 he won an honorable mention. And finally, as mentioned, this year the photographer was placed on the shortlist for the Prix Pictet Photography Prize, after he was given the same honor already in 2010.

Wouter van Leeuwen Gallery is located at the Hazenstraat 27 in Amsterdam. Opened Thursday until Saterday from 12:00 — 18:00.