“What art does — maybe what it does most completely — is tell us, make us feel that what we think we know, we don’t. There are whole worlds around us that we’ve never glimpsed.” Greil Marcus — Monday February 28th — 17:05 (CET) —

I love listening. It is one of the only spaces where you can be still and moved at the same time. — Nayyirah Waheed — Monday February 28th — 17:05 (CET) — 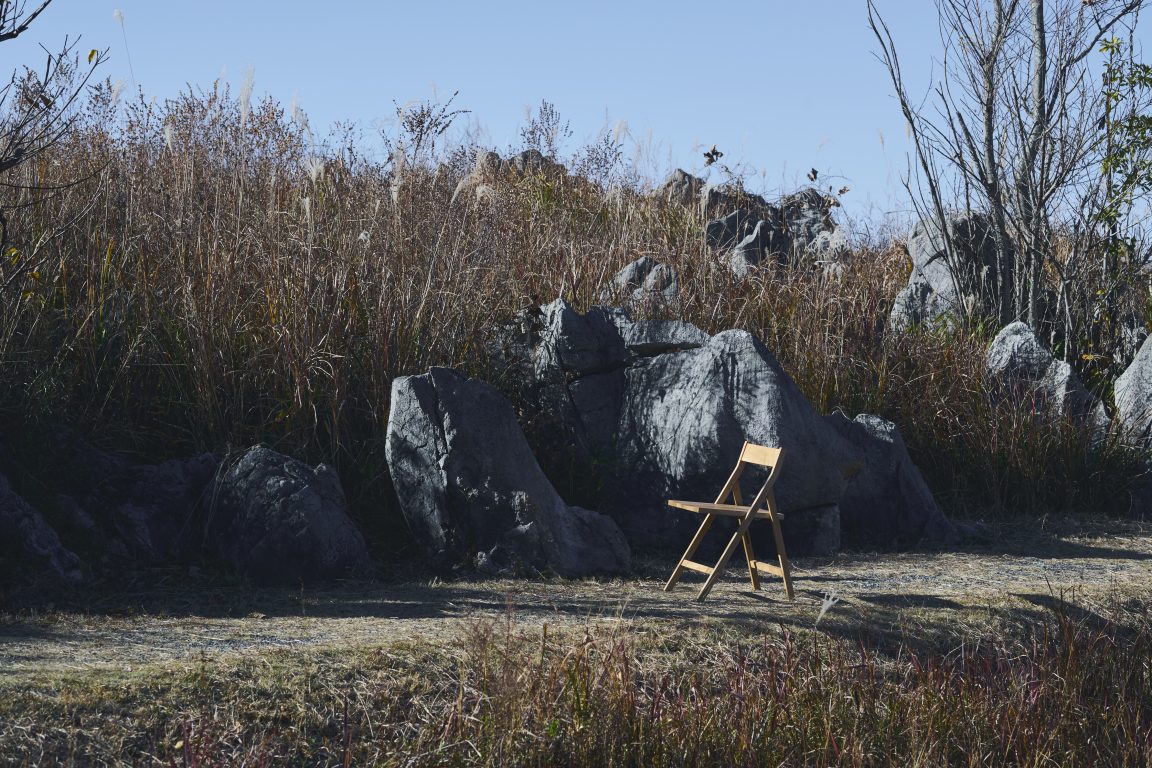 A few years back we’ve featured Koen Tossijn’s work on his Wardrobe project, a contemporary menswear brand bringing high quality basics. Koen was always charmed by simple things, things that don’t scream for attention but balance between presence and absence. The things he makes reflect the beauty of natural materials and deep knowledge of the best craftsmen in their field.
Recently he shifted into furniture design together with Studio the Future and Sugi Kojo in Ukiha, Japan, in a projected called ‘Together. A chair is made for sitting’ where he designed a chair and a table.

You can sit alone or together, using it to eat, read, wait, or just look into space.
Magical.

In January 2019 Studio the Future initiated a small experiment. What happens if you take a garment designer who works closely with the materials of his discipline and couple him with a craftsman in a field that he (the designer) is wholly uncertain about — in this case furniture? Their hope was that this could lead to conversation, discussion about materials, use of them, and how to best utilize them for the maximum effect of what the designer would want to achieve. Luckily, Koen Tossijn and the Akinori Nagai (the specialist carpenter that Sugikojo put on the project) took it further.
During two visits to Ukiha-Japan Koen Tossijn and the team of Sugi Kojo worked day and night in the workshop on their first prototypes of a folding chair and a folding table. After exhibiting the results, everyone involved was so delighted that they decided to keep on developing a full series of furniture.
Over a period of three years Sugi Kojo and Koen Tossijn kept on improving the first two pieces “klapstoel and klaptafel” with the aim to make a simple yet very comfortable chair and table which you can fold away when not needed or easily place in your room and enjoy your tea together.

‘Sugi Kojo is based in Ukiha City, Fukuoka Prefecture, Japan, where the forestry and lumber industries have been active for a long time. Founded in 1886, we started making furniture late in the 19th century, and at the beginning of our founding, we mainly made wooden furniture. Gradually, we started manufacturing all physical education equipment such as student desks / chairs and vaulting boxes, and deliver them to schools nationwide. Early in the 20th century, it was highly evaluated as a school furniture factory, recommended by the Ministry of Education at that time.
Currently, we have been approaching furniture, design, and collaboration with a much more altruistic, and down to earth approach. Namely, and simply put make furniture, that respects the materials used, that creates a relation between the user and the object, and is functionally straightforward.’

Studio the Future initiated this project as an effort of ‘making ideas public’, sharing the collaborative process and all the facets of these interesting people working together to inspire and bring more context to projects like these. They’ve published a beautiful book around the project showcasing this process and the end result.
Studio The Future is an Amsterdam based studio that deals with publishing, curators, art research, editing, design and art studios. Started in 2013, they have created various international collaborative projects (mediated by arts and design, publishing, exhibitions and residence programs) between the Netherlands and Japan and other regions.

Koen Tossijn has worked over the past decade as an artist and garment designer creating made to measure jeans, crafting more than 200 jeans for individual clients on a made to measure base. Between 2010 and 2012 he worked under the name ‘Sweatshop’ in an attempt to find alternative ways of producing clothes, creating small production runs from start to finish all by himself. Between 2015 and 2018 he ran Wardrobe, bringing a set of clothes that create space in your wardrobe and beyond.
This foundation of ordinary products was based on forms that have become so common that they belong to everyone. A square, a t-shirt or a dish of spaghetti aglio, olio e pepperoncino.
With ‘Together’, the “Klapstoel & Klaptafel”, he added a new chapter to his oeuvre showcasing wider range of design and creativity designing a chair and a table in close collaboration with Sugi Kojo.

Images of A Table And A Chair Book by Sugikojo