“What art does — maybe what it does most completely — is tell us, make us feel that what we think we know, we don’t. There are whole worlds around us that we’ve never glimpsed.” Greil Marcus — Saturday June 25th — 16:17 (CEST) — 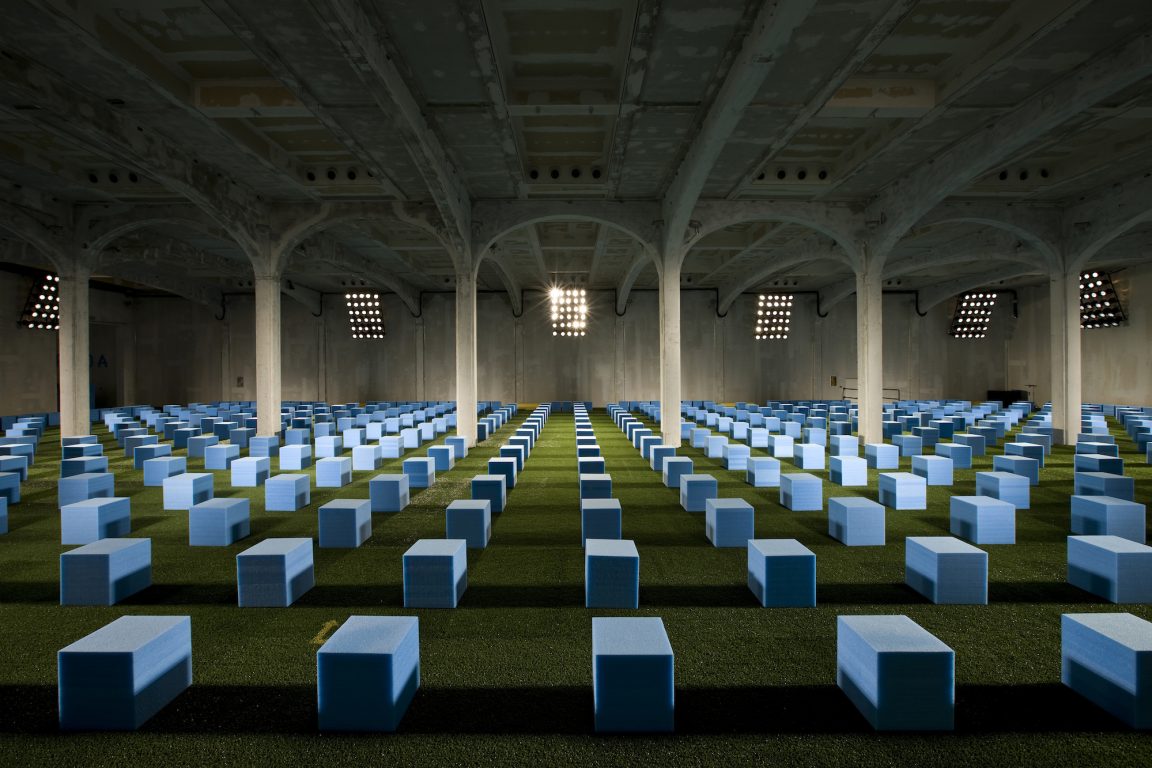 We first mentioned Dublin-based ROADS at the beginning of the year, when they just had released their incredible Africa inspired new fragrances. At that moment we also shared that next to being an inspirational perfume house, the brand also houses a documentary film production section and a printed publishing section, with all areas producing inspirational high quality creations. Out of the publisher another gem will be released on the 31st of June, which we were just introduced to and really appreciate. The new book named ‘The Fashion Set’ highlights the importance of the creative process behind the modern fashion show, which has kept aiming continuously for a more impactful, grander scale over the course of the last 10 years in which the internet has created a complete new environment around the existing ecosystem of high fashion.

One of the results of these new preconditions is the need to combine the creative and practical in a fashion show, creating an artistic performance in which the different leading fashion houses try to effectively exhibit their new collections to the world, having to compete with (or when successful temporarily become part of) the visual tornado that is around us at all time. Fashion houses need to stay on top of their game in their complete presentations at all times, finding the right visual language expressing what it stands for twice a year (not even counting the recent ‘Cruise’ and ‘Resort’ trend of showing new collections). The insightful new book by ROADS features some of the most impressive set designs from this transitional period in which the spectacle became more and more important, among which are the shows of names like Alexander McQueen, Chanel, Dries Van Noten, Givenchy, Prada, Maison Margiela and Anya Hindmarch, portraying the producers, set designers, and hundreds of craftspeople who together create 12 minutes of runway magic.

In the last ten years, the fashion show has been utterly transformed, since innovators like Dries van Noten marched models down a glamorous banquet table and Lagerfeld trooped his Fendi collection along the Great Wall of China.

Social networking and digital media have redefined the value of the fashion show and international brands are now throwing down the bespoke gauntlet to one another to produce stunning, theatrical events.

Author of the book is Federico Poletti, an editor for The Huffington Post Italy and D La Repubblica, Federico is also an independent fashion curator. In 2013, he launched Man In Town, an online publication which celebrates men’s fashion and lifestyle trends by bringing together leading creatives and influencers.

Our favorite contributor of the book is Colin McDowell. The acclaimed fashion commentator has played an integral role in the support and growth of the British fashion industry, both through his position as chief fashion writer for The Sunday Times Style, and as founder and creative director of the Fashion Fringe initiative. In 2008 he was awarded an MBE by the Queen in recognition of his achievements. In addition to having curated fashion exhibitions such as ‘Manolo Blahnik’ at the Design Museum and ‘Masters of Style’ at Somerset House, Colin has also authored 22 books on fashion- related subjects including the seminal McDowell’s Directory of Twentieth Century Fashion

In 2016, the publishing house turns its attention to high fashion, international interiors, and pop culture. ROADS titles are found in the world’s leading luxury stores and retail in over 50 countries across 4 continents. ROADS is an international lifestyle brand comprised of a Publishing House, a Fragrance Company, and a Film Production Company. Founded by businesswoman and entrepreneur, Danielle Ryan, ROADS is built around the cornerstones of storytelling, innovation, and contemporary culture.