“What art does — maybe what it does most completely — is tell us, make us feel that what we think we know, we don’t. There are whole worlds around us that we’ve never glimpsed.” Greil Marcus — Saturday March 21st — 14:13 (CET) — 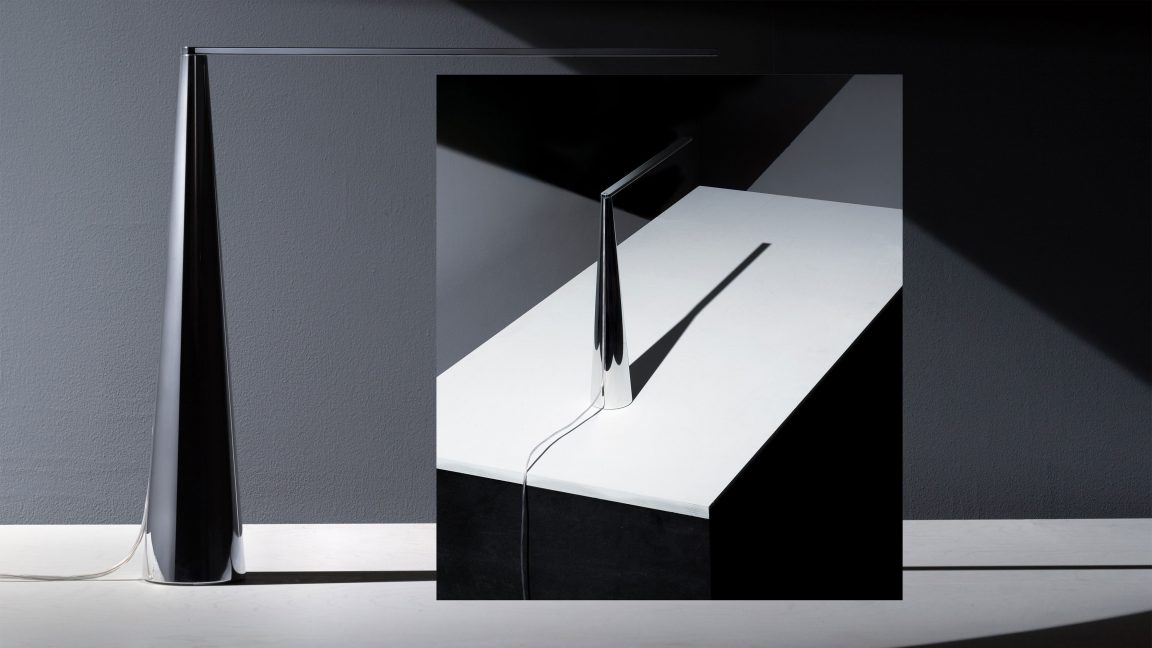 Last year we met with Tim Hooijmans from De Studio, a Dutch design studio focussing on ‘honest objects with more attention and consideration for the world around us.’  Designing products that have nothing to hide, completely stripped down, relentlessly honest, to the core of what that product should be. In a believe that things can be simple, undecorated, raw and even imperfect they created their first product, the Task Light.

Looking to create less waste and less environmental impact the Task Light is made from raw material – solid aluminium. Not covered with layers of paint or plastic to makes it easier to recycle and repurpose. The Task Light has only two parts. A solid aluminium cone that serves as the base of the lamp. With at its top a long, thin, solid aluminium strip that holds the light. Everything is held together by a single screw which is in plain sight, just like the cable. The aluminium is polished by hand to protect its surface. No coatings or paint, nothing to hide.

De Studio is an initiative by Tim Hooijmans, Kay Hooijmans and Martijn Ros in an attempt to explore a different way of approaching design and industrial production.
It started out with Tim a while ago. He was looking for a more honest way of designing, searching for less in a world that demands more. He figured he wanted to do design truly autonomous. Freed from clients, design fairs, schools and styles. Outside the fastness of mass-consumerism and glamour of design.
So he started designing all kinds of objects. Producing tiny series together with local machine shops. Forming his values and ideas as he went along. Out of this the Task Light was born, a design that fully embodied the way he wanted to approach design and manufacturing. With no plans to commercialise he gave this lamp to whoever liked it. Solidifying his feelings about this way of creating.
Creating together since forever, Tim’s twin brother Kay started designing a graphical language embracing the values and ideas of the Task Light. The visual design merged with the objects and this co-creation was given a name, De Studio now had an identity.
At this moment Martijn Ros officially joined De Studio. Although he was of influence since the beginning; he and the twins became friends in the years before, talking about design-culture, values and how to do things differently. When the brothers asked Martijn to be their consultant his response was to not hire a consultant. He instead offered his time and ideas because he identified with the way we wanted to do things. This led to him joining De Studio to give it direction, grow, and share with the world.

“I believe a design should come from your inner values. This makes it easier to create something more human, something with a positive impact. With a focus on being useful and meaningful, rather than just tasteful or stylish.“ — Tim Hooijmans, De Studio

Last month De Studio initiated a special Re-stored program, giving De Studio objects a second, third, fourth… life. In a believe that nothing should be manufactured that can’t be used and loved for many years they decided you can always take part in the Re-Stored program. Once you’re ‘over’ a certain De Studio product, you can bring it back to them, and they will clean and refurbish it, replace any parts that might be worn, and mark the restored vintage object with the date and your initials. After this, it will be available for purchase again. Once sold, 70% of proceeds will be transferred to you.

We believe that, especially in times like these, it’s even more important to stop buying waste, and start investing in long lasting products like the Task Light. Get yours here >