“What art does — maybe what it does most completely — is tell us, make us feel that what we think we know, we don’t. There are whole worlds around us that we’ve never glimpsed.” Greil Marcus — Thursday March 17th — 16:23 (CET) — 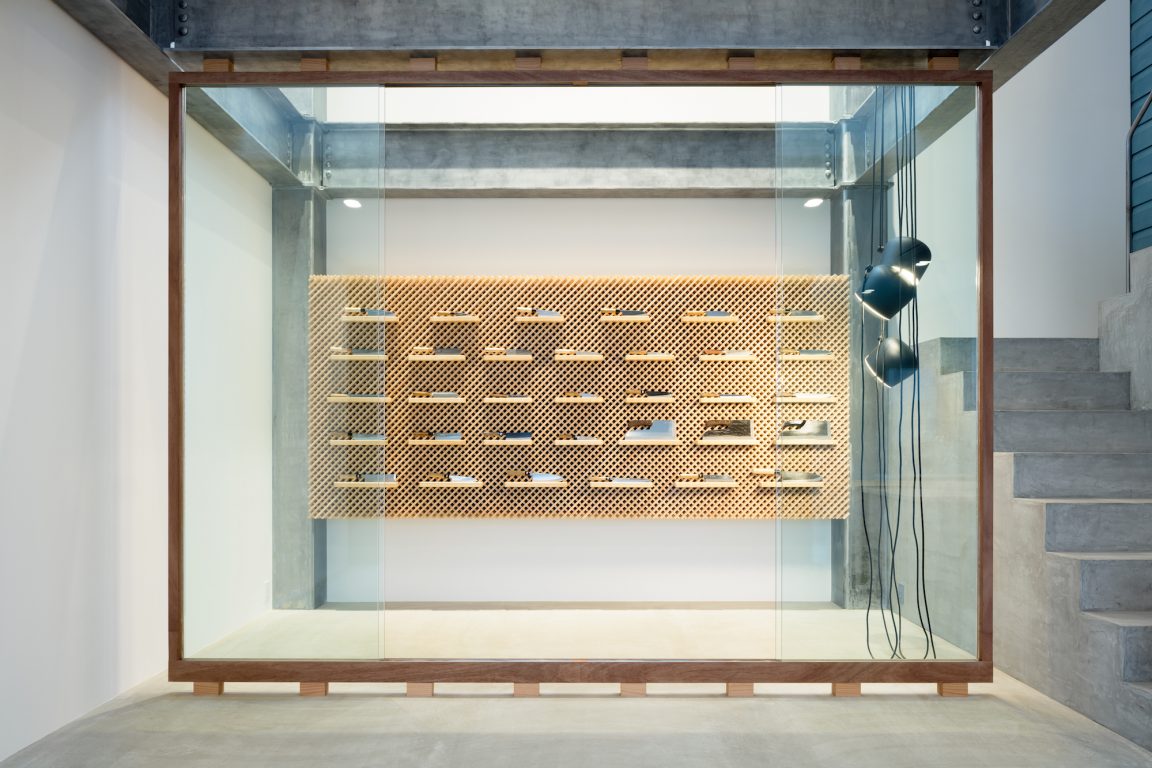 From the moment we discovered the incredible kimono store Otsuka-Dofukuten in 2013, we became a fan of the creative visionary behind it: the incredible Tokyo-based designer Yusuke Seki. Since that moment we have been following his every move and amongst other things have asked him about what inspires him in life last year. This week Seki has released his latest project, which forms another incredible addition to his already impressive catalogue. Located in Tsubame-Sanjo, a blacksmithing town with over 300 years of history, Seki created the new shop for Tadafusa – an esteemed manufacturer of hand-forged knives – in which the notion of a cutting board shop is a thread woven deeply into the space’s concept. Blending the existing building’s exterior and an interior wall with his own design interventions, Seki re-envisioned the standard knife display case having created an extraordinary customer-knife interface out of crossed spruce lines. Commonly seen as a locked case of shallow depth with a large number of implements displayed vertically within has been given a more human scale, the sliding glass doors remain, but the ‘case’ itself is meant to be entered, not merely opened. The result is both highly aesthetically yet also promises a unique store experience due to the remarkable concept  which inspired the specific form. Without a doubt Yusuke Seki remains an everlasting source of inspiration.

While Tsubame-Sanjo area is famous for being a blacksmithing town, knives do not consist solely of blades. The specialized antibacterial carbonization method Tadafusa has developed is represented in the design’s focus on the use of spruce: carbonized spruce lends exceptional antibacterial qualities to knife handles and cutting boards. It is from this material that the displays and the central table are constructed, and upon which, Tadafusa’s products can be experienced.

The masterfully crafted display system which forms the beating heart of the new shop enables the interlocking shelves to be easily adjusted and therefore offers endless display possibilities, with the piece having been custom built by local artisans. The security zone most often represented by the locked glass case has been rebranded as a zone of reverence. A raised threshold forces visitors into a heighted state of awareness as they enter the area, mimicking those found in shrines and temples.

Adjacent the factory, the shop takes as an interior wall a portion of one from the factory’s exterior. Tadafusa’s shop seamlessly blends notions of danger and precision together with natural elements, elevating the knife of daily use into an elegant showcase for the industry’s resurgence.

For more information and work by Yusuke Seki see here