“What art does — maybe what it does most completely — is tell us, make us feel that what we think we know, we don’t. There are whole worlds around us that we’ve never glimpsed.” Greil Marcus — Monday October 17th — 11:18 (CEST) —

I love listening. It is one of the only spaces where you can be still and moved at the same time. — Nayyirah Waheed — Monday October 17th — 11:18 (CEST) — 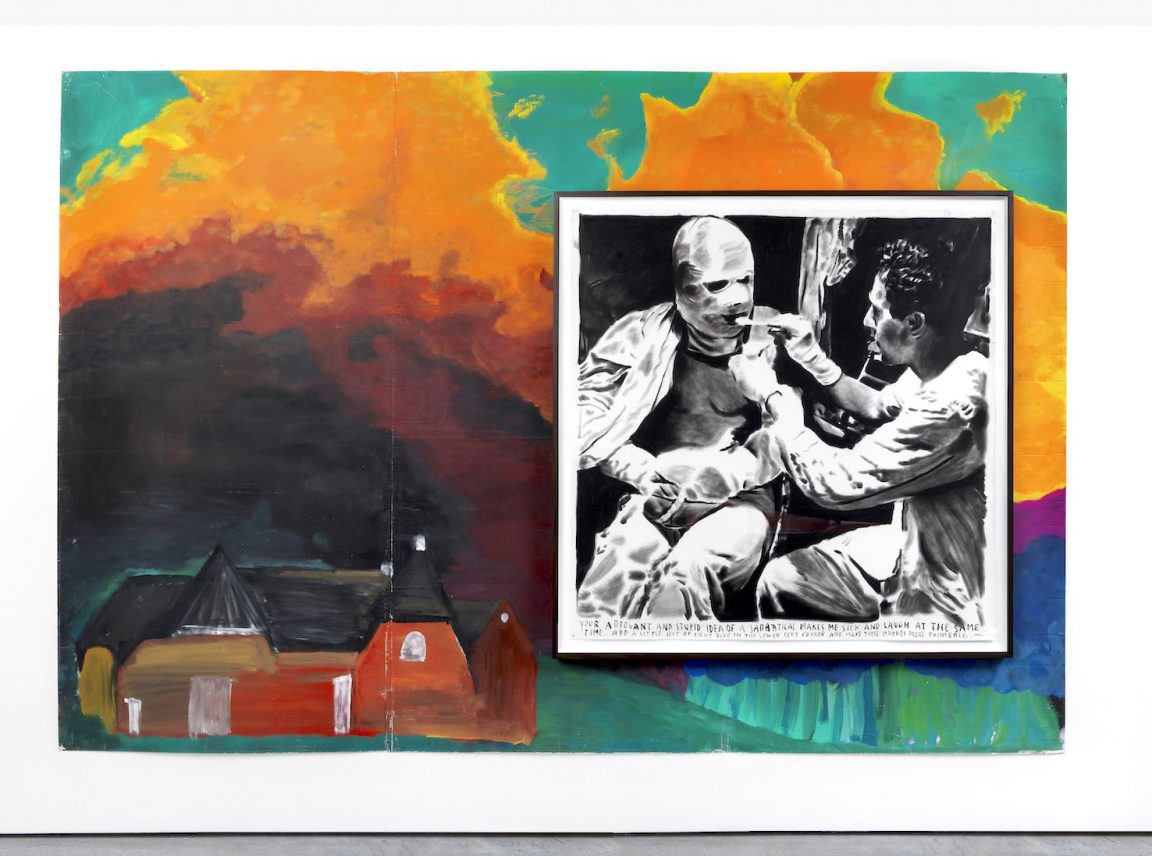 At the beginning of this year, one of our favorite artists working today; Rinus Van de Velde, presented the impressive ‘Donogoo Tonka‘ exhibition at the Stedelijk Museum voor Actuele Kunst in which he brought his one-of-a-kind, overtly rich artistic vision on the world around us —built up from many layers of signature charcoal strokes— to the contemporary art museum in Ghent. At the beginning of this month Van de Velde returned with already his next show (at the same time some of his work is also on display as we write this at Tim van Laere Gallery Gallery in the group show ‘Take Care, Amigo’), this time at his Amsterdam-based gallery tegenboschvanvreden — forming a new, not to miss, chapter in the ongoing display of unique talent from the self-described drawing-obsessed artist. For the exhibition, named ‘A Sunday as a Sunday’, the Antwerp-based artist has created a new series of drawings, focussing specifically on the theme of the antihero, having stopped the prominent portrayal of himself in his works, which marks an important new direction.

For the occasion of ‘A Sunday as a Sunday’ tegenboschvanvreden gallery is transformed into a complete installation involving furniture and colorful cardboard ‘wall hangings’ based on existing abstract paintings by figures such as Robert Dealunay, Howard Hodgkin, Gunther Förg and Mark Rothko. These hangings serve as the mental and conceptual setting for the narrative of Van de Velde’ s new drawings. The exhibition gives rise to questions about the narrative in his work, the coordinates on which his images are based, the relationship to photography, the role of color (himself working exclusively in black-and-white) and the significance of writing; generating an interesting dialogue with the history of abstract art.

Rinus to Metropolis M on ‘A Sunday as a Sunday’:

In my earlier work, I always used an image archive of photographs, that I had gathered over the years. That archive is now back in my practise. By combining different existing photos, I create whole new narratives. The drawings in tegenboschvanvreden are all based on existing photos.

The protagonist in every drawing is based on a different photograph. I have used photographs by Imi Knoebel, Claes Oldenburg and Pablo Picasso, but there was also a still of ‘Fargo’ I used. Therefore the main character always looks different, although for me it’s always the same figure.

All the work of the Leuven-born, Antwerp-based Rinus Van de Velde engages images and stories in a mythologized, fictional, biography that consists of charcoal drawings and narrative texts. This way of working yields stylized, often explicitly posed snapshots of a pseudoheroic story set in a parallel universe, in which the artist is free to start a new life — a different artistic practice — over and over again. Behind this strategy lies a desire to step into the image, possibly even disappear into it. That is: by constantly staging his artistic practice, Van de Velde tries to undo the difference between life and work, or rather: he tries to live in his work — or more literally, his studio. There he can move freely through an endless imaginary universe and identify with all possible alter egos (artists, evidently, but also other ‘heroes’, like musicians, sportsmen, scientists or ‘antiheroes’ for that matter, as the case in ‘A Sunday as a Sunday’) — often-times evidently taking shape as himself, but as of recently, again, that of figures from (fictive) history.

‘A Sunday as a Sunday’ will run until the 29th of October. tegenboschvanvreden gallery is located at Bloemgracht 57 in Amsterdam. Opened Wednesday until Saturday from 01:00 — 18:00.