I love listening. It is one of the only spaces where you can be still and moved at the same time. — Nayyirah Waheed — Tuesday September 13th — 15:43 (CEST) —

“What art does — maybe what it does most completely — is tell us, make us feel that what we think we know, we don’t. There are whole worlds around us that we’ve never glimpsed.” Greil Marcus — Tuesday September 13th — 15:43 (CEST) — 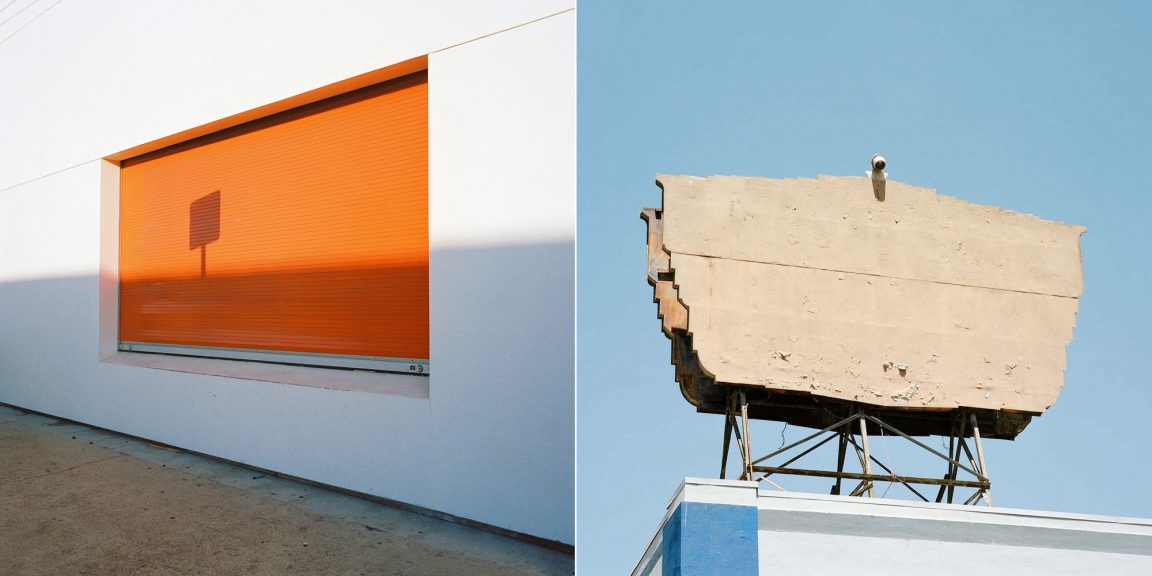 After (seemingly) slowly fading away over the course of this month, Summer has found its way back to The Netherlands again in the last few days. With the temperature back at around 30°C, it feels like the perfect time to share another very inspirational (sun blazing!) ongoing photographic series named ‘On The Periphery’ by Sinziana Velicescu, which we originally discovered a while ago, but came back to our attention when a new selection was on display at AIA|LA gallery in July. The very talented Los Angeles-based photographer has made a name for herself in the last five years, soon after graduating from the University of Southern California with a Bachelor in Comparative Literature and Film, with her steady high quality output being picked up worldwide ever since — both in exhibitions and publications. Throughout her entire catalogue there is a clear signature to be observed; working predominantly in natural (sun)light, always finding those colorful abstract crops in the seemingly ordinary to create a captivating image, all captured directly in the world around her (oftenly Los Angeles, as the case with ‘On The Periphery’).

In a time in which ‘Instagram-friendly’ photography (which Velicescu’s work clearly is: make sure to follow here) sometimes gets confused with ‘made for Instagram’, the genre one could categorize her work in might be de facto an ever-growing field with too much (just our humble opinion) mediocre imagery with no real substance beyond the depiction — Velicescu proves with every series that she truly is part of the highly talented periphery of photographers, never failing to succeed in finding those fragmentations of the ordinary that both please the eye and evoke the question what narrative lays underneath that single frame.

Sinziana to Life Framer on ‘On The Periphery’:

Los Angeles is my home town, and to keep from falling out of love with it, I eliminate the details that I do not wish to experience, both psychologically and visually. I use photography to learn to see the same city differently every time. The limitations of a frame allow me to distance myself from some of the uglier truths Los Angeles has to offer.

Sinziana Velicescu is a photographer and filmmaker based in Los Angeles, California. She is a graduate of the University of Southern California with a B.A. in Comparative Literature and Film. Her photography explores human intervention with nature in landscapes that have undergone political, social, or environmental change. Selections from ‘On The Periphery’ have been shown in galleries internationally in Los Angeles, Chicago, New York, Hamburg, Melbourne, Tokyo, and Rome. Recently Photo Boite named her one of the 30 Female photographers under 30 to watch in 2016.

For all information and work see here