“What art does — maybe what it does most completely — is tell us, make us feel that what we think we know, we don’t. There are whole worlds around us that we’ve never glimpsed.” Greil Marcus — Friday August 26th — 17:43 (CEST) — 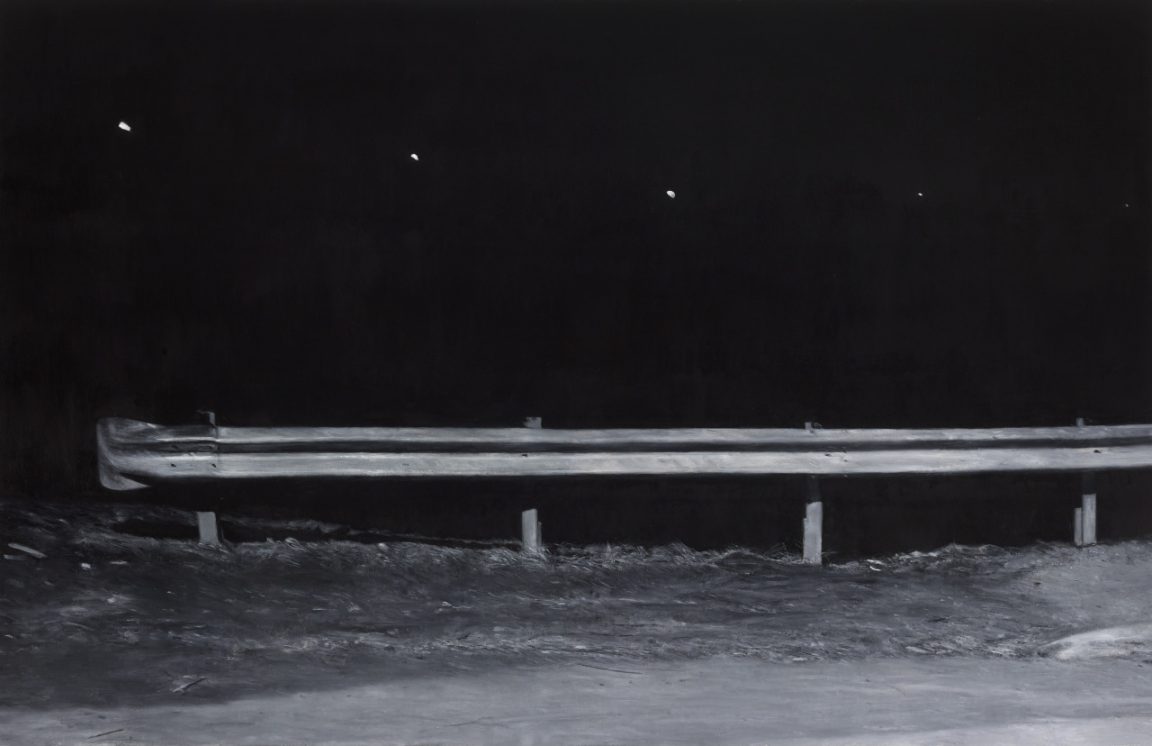 Recently we discovered the stunning work of Canadian painter Alex Bierk via Tumblr, which keeps resonating in our minds strongly ever since. Born into a Toronto-based family of artists -his brothers Nick and Charles are also painters, his brother Jeff a photographer- all sons of the now deceased realist painter David Bierk have chosen to follow his example into the arts. In the case of Alex (and Charles) even his technique of braking (photo-)realistic paintings down into a grid while painting them was passed on. Before pursuing his own career in the arts, Alex worked as Kim Dorland’s studio assistant, after which he started his personal journey into painting under the mentorship of his father, who proved to be a inspiring formative force in his son’s early artistic practice.

David Bierk’s death in 2002 marked the beginning of a particularly challenging period, lasting four years, in which substance abuse shook up the whole Bierk family and Alex in particular. After eventually kicking the habit and making the subject matter (mostly on a level that is not immediately apparent, but reveals itself after some inspection or contextualization of the images) of his experiences in addiction part of his work, the career of Alex slowly starts to take shape. He begins all his paintings by re-working and re-framing photographs from his everyday life, in early years particularly focussing on his years addicted, but in recent years stretching beyond just that part of his life. The scenes he depicts, mostly in dark tones of black and lucent shades of white, tell stories about the acceptance and defiance of the passing of time, faith, youth and escape, regret, dissatisfaction, displacement, lack of closure, loss and longing. Without a doubt, just seeing it on a computer screen doesn’t do the work justice,  but until the day that we will be able to see his work first hand we will keep looking at these pieces in awe with an utmost fascination.

Bierk’s paintings address the transcendental spaces of memory, nostalgia, loss, longing, addiction, recovery and reconciliation within the rigidity of his labour intensive approach to photo-realism.

In 2014 Bierk’s career received its first major push as he debuted a successful solo exhibition named ‘Pitfalls and Withdrawals’ at the Toronto-based gallery General Hardware Contemporary, giving him recognition in The Toronto Star and Canadian Art Magazine along with being chosen as Leah Sandals Top 3 Picks in 2014: Canadian Art Magazine. In 2013 Bierk was nominated for the Kingston Prize for Canadian Portraiture for an incredible work based on a photograph by and of his brother Jeff. His painting’s are included in the permanent collection of The Art Gallery of Peterborough, The Royal Bank of Canada and The Toronto Dominion Bank as well as in numerous private collections. Alex has exhibited his paintings in group and solo exhibitions in Canada (last year most recently at his gallery General Hardware Contemporary in Toronto) and New York City along with numerous art fairs.