“What art does — maybe what it does most completely — is tell us, make us feel that what we think we know, we don’t. There are whole worlds around us that we’ve never glimpsed.” Greil Marcus — Thursday October 19th — 18:04 (CEST) —

I love listening. It is one of the only spaces where you can be still and moved at the same time. — Nayyirah Waheed — Thursday October 19th — 18:04 (CEST) — 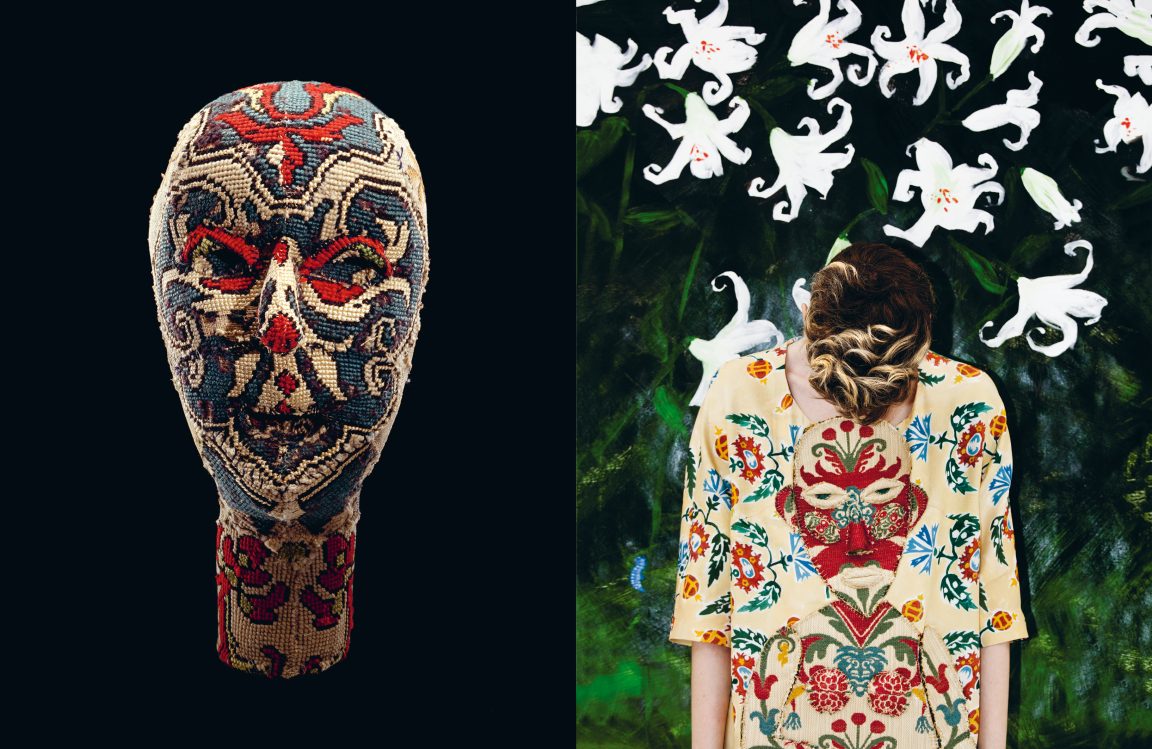 Last Thursday, we were finally able to see the extraordinary ‘POWERMASK’ exhibition at the Wereldmuseum Rotterdam. Curated by none other than Walter van Beirendonck, sided by art historian Alexandra van Dongen and anthropologist Sonja Wijs, it had been on our wish list from September 1st when it opened for the public. For ‘POWERMASK’, the museum with a focus on ethnology gave the legendary Antwerp fashion designer a free hand to present his own unique, multi-faceted vision of the phenomenon of masks. The result is a stunning colorful display, carrying the designer’s unique signature all-over, combining ethnic masks and ethnological documents with modern Western fashion, art, photography and culture — featuring the work of impressive names like Christophe Coppens, Diane Arbus, Jean-Michel Basquiat, Louise Bourgeois, Brian Kenny, Martin Margiela and Walter’s own Dirk Van Saene.

The exhibition is both a feast for the senses and proof how relevant van Beirendonck’s vision remains to this very day. He might have found a more niche position as a fashion designer (and a more invisible role as Head of Fashion at the Royal Academy of Fine Arts Antwerp), the exhibition, although much smaller, feels like an echo of his iconic Antwerp exhibition ‘Landed/Geland’ from 2001, which at that time set a new standard for fashion exhibition in terms of presenting pieces within its societal context, but still succeeding to convince aesthetically and therewith speaking to spectators in more than one way. With ‘POWERMASK’ van Beirendonck underlines, now more than ever, that we need powerful artistic voices like his to remind us of the unique beauty of all cultures on this planet and how exchange between them is what makes life interesting.

When in Rotterdam before the 7th of January don’t miss out on this incredible exhibition!

A mask transforms your persona, conjures up a certain atmosphere, and has an immediate impact.

The incentive for the Wereldmuseum to work with Walter Van Beirendonck is the designer’s ongoing fascinating with the phenomenon of masks since the 1990s, incorporating them into his fashion collections repeatedly. In the past, masks have inspired artists such as André Breton and Pablo Picasso, and even Pieter Bruegel the Elder. ‘POWERMASK’ delves more deeply into both the history of masks and their various cultural facets in different parts of the globe: the links between Western art and African masks, the supernatural and rituals surrounding masks, masks in fashion, masks as fetishes, and numerous other aspects.

For ‘POWERMASK’ Van Beirendonck selected over 125 masks from the Wereldmuseum’s collection, to which he added masked costumes and fashion silhouettes. The world created for ‘POWERMASK’ is colorful throughout, cheerful and idiosyncratic – which is everything Van Beirendonck stands for in all of his creates. The walls show installations by the contemporary artists Brian Kenny (the ‘new Keith Haring’ according to Walter), Coco Fronsac, and Charles Fréger, placed in a direct dialogue with the masks from Africa, Oceania, Europe, and America, given context by historical and present-day film material on how they were used, which subsequently was sided by the modern art, photography and fashion silhouettes by the impressive list (and more!) we mentioned earlier — completing the sublime Gesamtkunstwerk by van Beirendonck. ‘POWERMASK’ will be a clear 2017 favorite of ours, of that we are sure.

The exhibition is accompanied by the inspirational richly-illustrated book of 240 pages named ‘POWERMASK: The Power of Masks’, designed by long-time collaborator Paul Boudens. It is for sale online here.

For those in and around Antwerp, next week on Friday October 27 (starting 18:30) Walter will host an exclusive Q&A about ‘POWERMASK’ at MoMu Fashion Museum. For all information see here.

The Wereldmuseum is located at the Willemskade 22-25 in Rotterdam. Opened Tuesday untill Sunday from 10:30 to 17:30.