I love listening. It is one of the only spaces where you can be still and moved at the same time. — Nayyirah Waheed — Thursday November 3rd — 16:52 (CET) —

“What art does — maybe what it does most completely — is tell us, make us feel that what we think we know, we don’t. There are whole worlds around us that we’ve never glimpsed.” Greil Marcus — Thursday November 3rd — 16:52 (CET) — 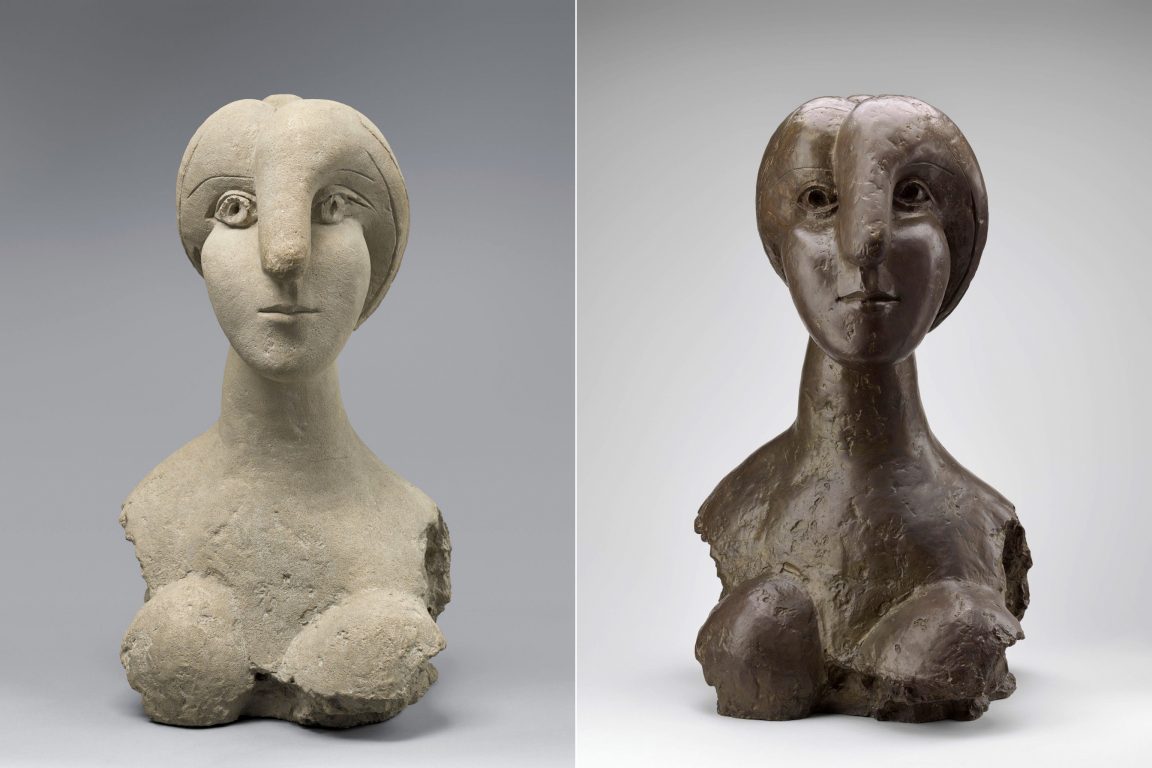 Evidently part of the Pantheon of the most important painters of the 20th century, Spanish artist Pablo Picasso also created sculptures throughout his life that were as innovative as they were (and still are!) influential. After the MoMA in New York and the Musée national Picasso-Paris, BOZAR/Centre for Fine Arts in Brussels has just opened the next chapter of the exhibition, bringing together 80 of Picasso’s sculptures for the very first retrospective of the artist’s sculptures in Belgium. After having seen it ourselves last Sunday (the exhibition opened on 25 October 2016: Picasso’s birthday), it is safe to say that the exhibition will be among our favorites of the year, marvelously showcasing the extraordinary scope of the artistic vision of Picasso and revealing the inspirational development in finding the right 3D equivalent of his canvas-bound painted expressions.

‘Picasso. Sculptures’ is laid out in a chronological and thematic circuit elaborated in collaboration with the former host of the biggest part of the curation; Musée national Picasso-Paris — the sculptures positioned into a dialogue with around twenty of his canvases, around fifteen ceramics, and objets d’art from non-European cultures which belonged to his personal collection. Without a doubt, Picasso will always be first remembered as the prolific and groundbreaking painter. However, ‘Picasso. Sculptures’ incredibly presents Picasso the sculptor, having created some of the most radical forms in modern sculpture, making those works just as profoundly influential and inspirational today.

With more than 80 sculptures, around twenty canvases, just as many ceramics and African and Oceanic art objects from the artist’s private collection, ‘Picasso. Sculptures’ offers the public an exceptional journey through Picasso’s intimate universe.

Series and variations, casts, prints and enlargements created from a selection of sculpted originals will illustrate the diversity of Picasso’s sculpture. Exceptional ensembles reveal the huge variety of techniques explored by Picasso and are some of thehighlights of the exhibition: the bronzes produced by the French art dealer Ambroise Vollard, the sculpted wood in Gósol, Spain, the cubist assemblages, the soldered wire sculptures that were created for the Monument to Apollinaire, the bronzes made from plasters casts in the Boisgeloup studio, the Valsuani and Robecchi editions, the painted bronzes from the 1950s, the public sculptures, and finally the cut up sheet metal. Emblematic figures, like ‘Woman in the Garden’ (1929), the iconic ‘Bull’s Head’ (1942) and the extraordinary ‘Buste of a Woman’ (1931) are on display, but also the incredibly modern painting ‘The Sculptor’ (1931) and our favorite ‘Still Life with Chair Caning’ (1912) are part of the must-visit exhibition of the year.

With Brussels not being the most likely destination to follow New York City and Paris, it was through the good relationship with the Musée national Picasso-Paris and with Bernard-Ruiz Picasso, that BOZAR succeeded in bringing Picasso’s works to the Belgian capital. Coincidentally, Bernard is Picasso’s Brussels-based grandson, who happily agreed to dedicate an exposition to his beloved and talented grandfather. (For us it meant the chance to easily visit this world class show, so thank you Bernard!)

All we can really say: don’t miss the beautiful exhibition showing the lesser known genius (and explorations towards it) of Pablo Picasso!

For all information and tickets see here