I love listening. It is one of the only spaces where you can be still and moved at the same time. — Nayyirah Waheed — Wednesday November 9th — 19:15 (CET) —

“What art does — maybe what it does most completely — is tell us, make us feel that what we think we know, we don’t. There are whole worlds around us that we’ve never glimpsed.” Greil Marcus — Wednesday November 9th — 19:15 (CET) — 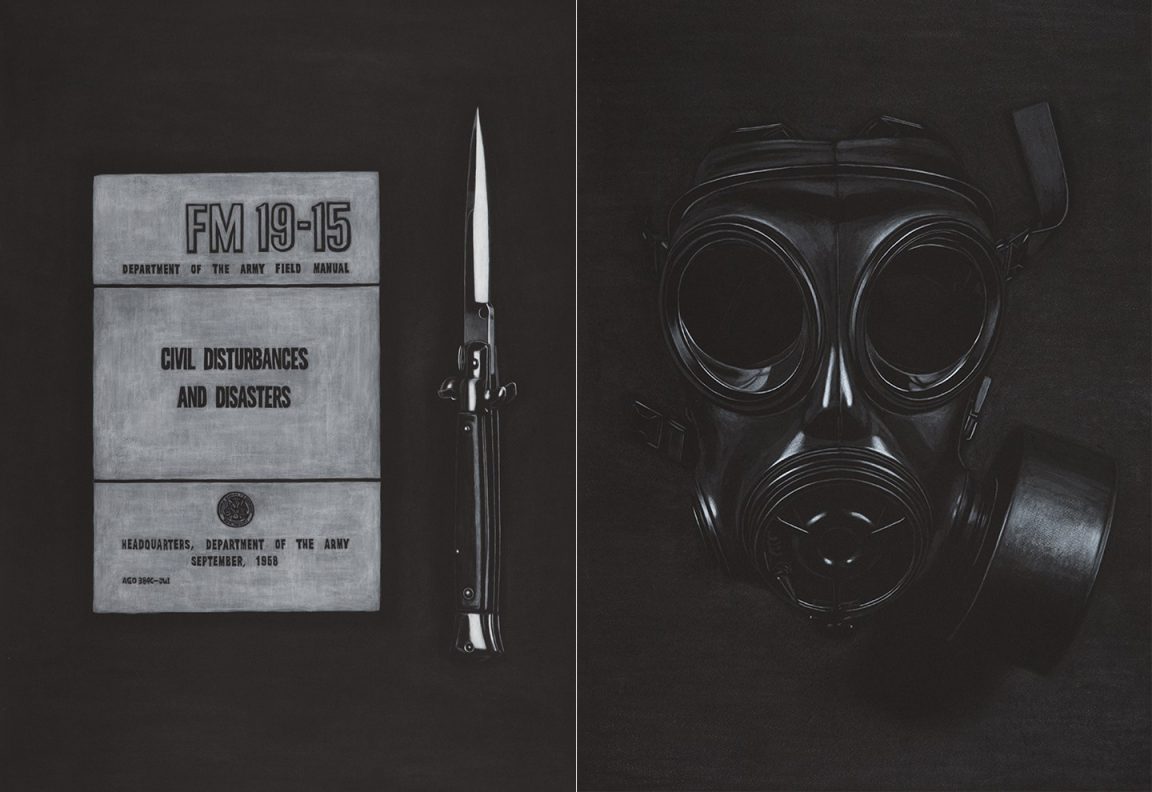 On a day like this, which revealed the latest and till date most important piece of evidence of a still ongoing radical change in the fundamental requirements for the Western political class to be granted democratic power by the electorate — lacking the traditional need of a significant coherent political constructive vision, but on top of that not even the usual outspoken representation of inhabiting moral decency. In today’s world empty signifiers have become the rule in the political jargon, proving to suffice as elementary communicational means to still mobilize a majority of the voters. Distributed digitally, the new system of communication functions by similar rules as that of (mostly constructed, sometimes organically erupted) online viral content: going for maximum instant impact without an intrinsic meaning or significant rooting in the relevant context.

It is safe to say that for us these times are rather confusing. With elections in The Netherlands (with Trump’s racist/hairdo twin brother Wilders very likely to become the biggest party for the first time), but also France and Germany (with similar political movements) coming up, we might be heading for a rather nauseating new world order in the next five years and beyond. Ultra individualistic Western societies have become detached from ideology serving as the engine for politics as the means of managing a society. It feels that they have silently uprooted under a cloud of ultimate prosperity, having become significantly more polarized (stimulated by new digital paradigms) than ever before in modern times. Independent mass-communication is losing its significance, slowly transforming into (economical) niche media. A general sentiment of distrust towards truth as a value and the expert representing it, has grown deep roots and might very well be the indefinite heritage of postmodern thinking. Therewith, in any public debate today, beyond just in the political realm, it has become extremely complex to effectively portray important emotional universal truths with a constructive quality and actually reach a significant audience. The inherent noncomplex nature of reactive anger, fear, cynicism and scapegoating those who seem to be guilty just fit the profile of a viral message better.

Most of what’s left, or maybe it just feels like that at the moment, is radical communication. The nuanced expressions hardly still land in the seemingly ever-shrinking attention span of the digitally conditioned human or more fundamentally not even make it through the algorithms to begin with. That makes now, maybe more than ever, a time to oppose the empty signifiers with radical subversive thought in the arts. It’s time to shake up that slowly shaping new world order, because too many people seem to be dozing. To do just that, we revisit one of the people who’s been doing this for years; Adam Stennett and his incredible body of work on paper, in recent years dealing explicitly with the theme of emergency in post-9/11 America. A new emergency might very well be just around the corner, let Stennett’s work be a reminder for it not to happen.

Stennett has been among our undisputed favorite artists for years. Since the attacks on the WTC, he has been creating conceptual works from a post-9/11 perspective, investigating issues that affect our global society and their ramifications on the American psyche. Stennett physically delved into sculpture and performance with his project ‘Survival Shack’, an exploration of an artist’s necessities installed at Glenn Horowitz in East Hampton and at until September of this year at Pioneer works in New York.

Next to this immersive project, he’s been receiving critical acclaim all over the world for his exquisite renderings in oil and acrylic, on paper and canvas, revealing traditional blind spots of American life and therewith society. He has dealt in particular with the theme of emergency in his immaculate, haunting black works on paper, portraying all one needs when shit hits the fan. In his most recent two works a new theme seems to have arrived, in line with what is going in the world as we see a hand and a foot, just above the water, in those last moments before drowning (or being saved) — let’s hope for the latter.

Adam Stennett was born in Kotzebue, Alaska and graduated from Willamette University in 1994, after which he moved to Brooklyn, New York where he has been based since. Stennett’s work has been published in The New York Times, The Los Angeles Times, Frieze, Art In America, Bomb Magazine, BlackBook, New York Magazine, The New Yorker, Harper’s Magazine, and Esquire. He has exhibited at Centro de la Imagen in Mexico City, 31GRAND in New York, The Portland Art Museum, and The National Arts Club in New York.

For all information and work by Adam Stennett see here