“What art does — maybe what it does most completely — is tell us, make us feel that what we think we know, we don’t. There are whole worlds around us that we’ve never glimpsed.” Greil Marcus — Monday July 3rd — 19:38 (CEST) —

I love listening. It is one of the only spaces where you can be still and moved at the same time. — Nayyirah Waheed — Monday July 3rd — 19:38 (CEST) — 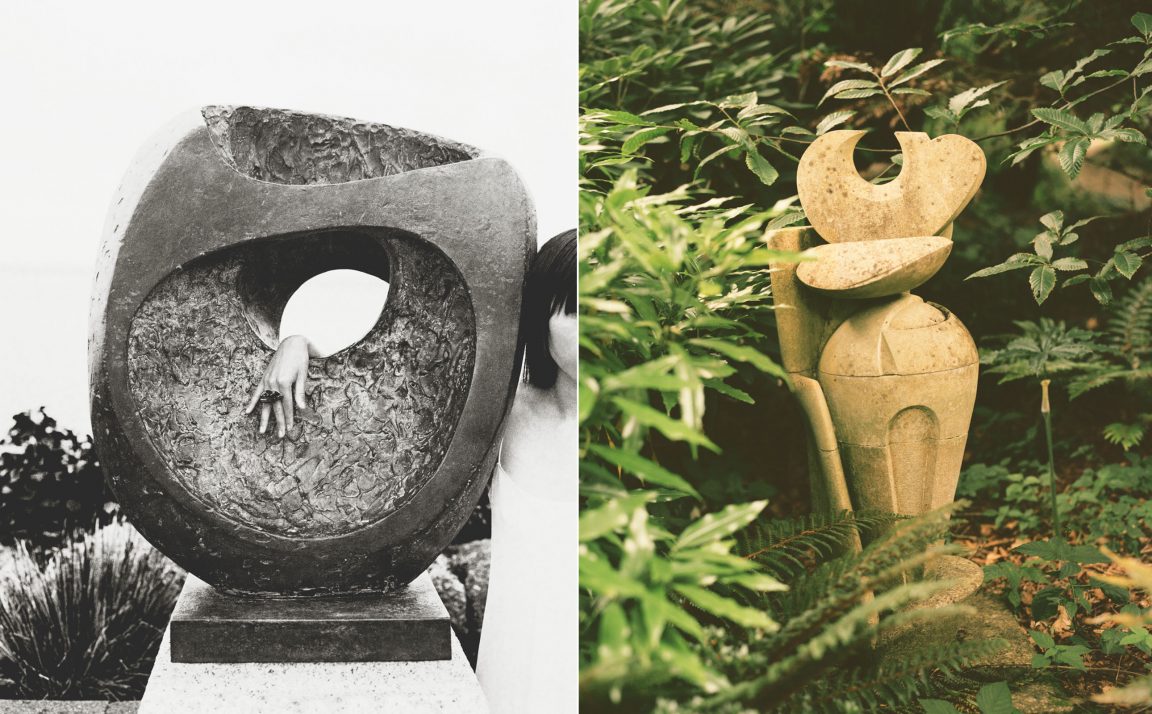 We recently encountered the beautiful work of Bangkok- and London-based fine jewelry designer Patcharavipa Bodiratnangkura through her Spring/Summer 2017 campaign in a remarkable collaboration with Lena C. Emery and Oliver Knight’s and Rory McGrath’s creative studio OK-RM. Patcharavipa officially launched her eponymous label in 2014, after graduating from the prestigious Central Saint Martins School of Art and Design in London, but with the most recent photographic series she really took it to the next level. Next to her role as a designer that holds her heritage in high esteem, the Thai-born Patcharavipa is also a certified gemologist, which make up the two core elements one finds in her sensual creations — beautifully juxtaposed with sculpted forms and the shapes of nature in the imagery of the campaign, creating a super exciting dialogue with Patcharavipa’s pieces, resulting in a remarkable visual synthesis that continues to fascinate.

Our designs take lessons from the past and original forms but are transforming them into modern heirlooms. Patcharavipa creates pieces that feel ancient yet unmistakably modern, fluid on the skin and tactile to the touch.

All of Patcharavipa’s creations are hand crafted using a careful combination of precious and rare unexpected materials from coconut shells, sacred woods to precious gemstones with 18k Siam Gold. Inspired by a strong curiosity in natural forms and materials, Patcharavipa takes pride in using the finest locally sourced materials both having certain cultural values and being physically rare and luxurious. Subsequently, she also embraces the Japanese aesthetic of wabi-sabi, centered on the acceptance of transience and imperfection, resulting in an extraordinary organic and therewith non-perfect aesthetic that will grow even more beautiful over time.

Patcharavipa’s very talented collaborator; German born photographer Lena C. Emery, grew up in Singapore and studied Fine Arts at Parsons School of Design in Paris. Before relocating to London, she worked as independent art director in Berlin until 2011. Her itinerant background is strongly reflected in her work, while her unique rendering of color and sensitivity to themes ranging from modernist architecture to the way we see and observe the female, have earned her early recognition. Emery was nominated for a number of awards in the last few years, among which are a shortlist for the IPF Photo Prize, Flash Forward Emerging Photographers selected by The Magenta Foundation, PDN’s 30, and the Foam Paul Huf Award. Her work has been published in numerous magazines including AnOther, Apartamento, i-D, Le Monde M, The Gentlewoman and Zeit Magazine. Some of her clients are Dior, Lemaire, Chloé and Stella McCartney.

Creative studio OK-RM was founded in 2008 by Oliver Knight and Rory McGrath, to become a collaborative practice engaged in ongoing partnerships with artists, curators, editors, architects, designers and institutions. Recent projects include a close collaboration with JW Anderson, 6a Architects and The Hepworth Wakefield on the exhibition ‘Disobedient Bodies’, visual identities for the British Pavilion at the Venice Biennale, Untitled Art fairs in Miami/San Francisco and Under the Same Sun with the Guggenheim, New York/South London Gallery. Between 2011–16 the studio was responsible for the visual identity and creative direction of the Strelka Institute. Next to creating, since spring 2017 Oliver Knight and Rory McGrath are also involved in teaching: as professors of Exhibition Design and Spaces at ISIA Urbino in Italy.

Credits for the Spring/Summer 2017 campaign:

For all information and Patcharavipa stockists see here