“What art does — maybe what it does most completely — is tell us, make us feel that what we think we know, we don’t. There are whole worlds around us that we’ve never glimpsed.” Greil Marcus — Monday March 14th — 13:44 (CET) — 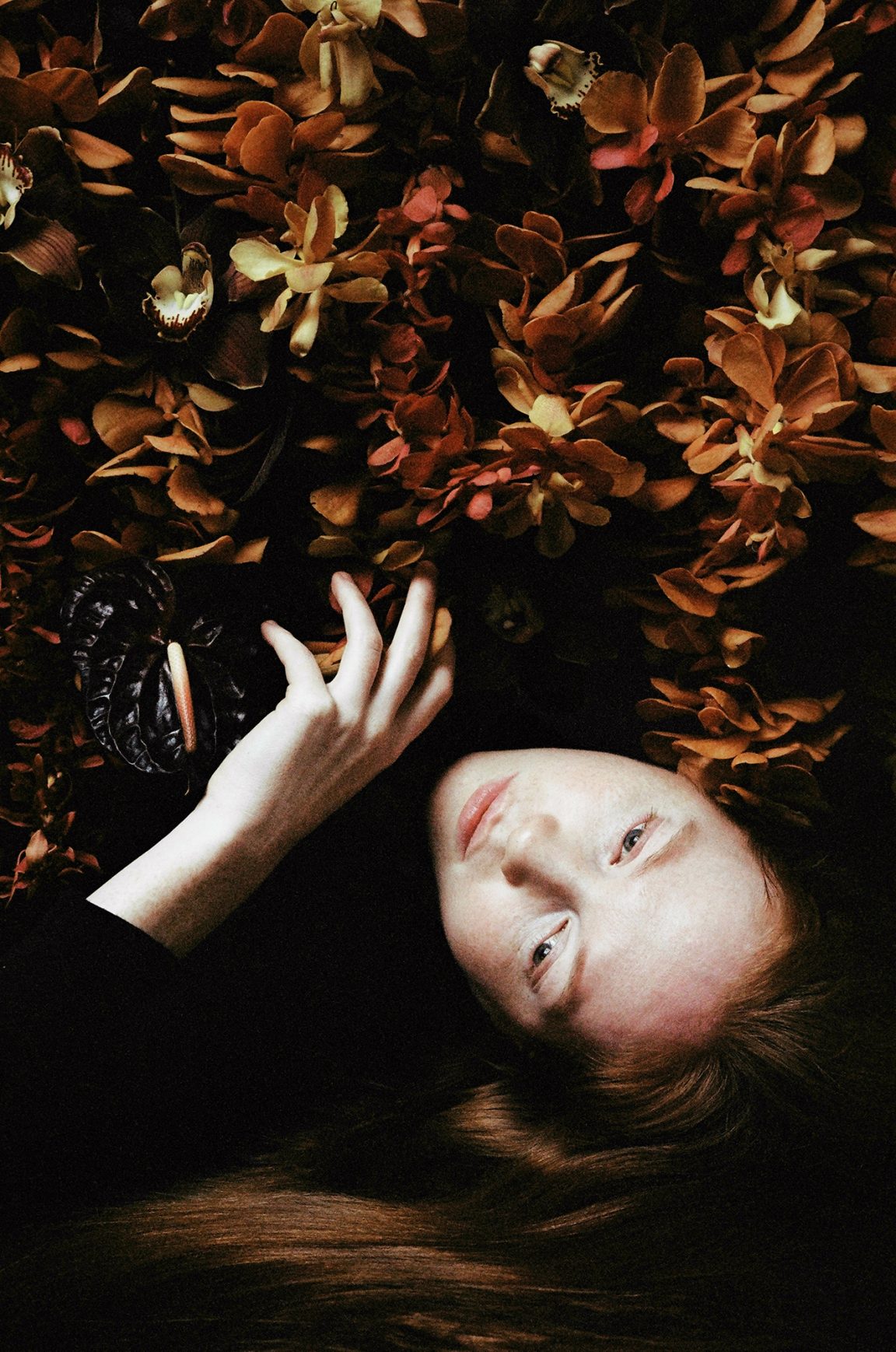 We recently became familiar with an interesting new project which combines a love for both photography and flowers remarkably. Given the name OVERGROWTH, Portland-based photographer Parker Fitzgerald and floral designer Riley Messina present a new limited edition art publication conceived and produced from their hometown in the United States. Created over the course of two years, the book is comprised of nearly 120 original images that elegantly blur the lines between humans and nature. Photographed primarily in Portland between March 2013 and February 2015, the book features a large cast of friends posed with Messina’s striking floral arrangements. Shot entirely on Kodak film by Fitzgerald, and styled by Messina, the images have a soft, painting-like quality that gives the project a timeless aesthetic. In the elegantly composed still lifes and real-life collages (reminding of the extraordinary work of Rocío Montoya), the two artists juxtapose and merge the lines of the flowers with the human body remarkably in different contexts, always succeeding to engage us as the spectator.

Parker Fitzgerald on his collaboration with floral designer Riley Messina:

We began by collaborating on a small group of pictures for a gallery show in Tokyo, but the more we shot, the more we felt like we had to keep going. We ultimately wound up embarking on a two year search for beauty. And now, with OVERGROWTH, we’re sharing what we’ve found.

Parker Fitzgerald is a Portland-based photographer, and co-founder of photo house, Ransom Limited. Fitzgerald’s client list includes world-class brands like Nike, Honda, and UNIQLO. He is also a long-time collaborator with Kinfolk and has contributed to a broad host of magazine publications.

Riley Messina is an accomplished floral designer and owner of Erba Floral Studio in Portland as well. Focused on the pursuit of beauty through the use of only the most necessary elements, Messina’s work has taken her all over the United States and abroad, designing for a wide range of clients and publications

OVERGROWTH was published by Parker’s own Ransom Limited imprint, and printed in the USA by Premier Press in Portland.

Order one of the 2000 copies of OVERGROWTH here