“What art does — maybe what it does most completely — is tell us, make us feel that what we think we know, we don’t. There are whole worlds around us that we’ve never glimpsed.” Greil Marcus — Thursday September 15th — 15:17 (CEST) —

I love listening. It is one of the only spaces where you can be still and moved at the same time. — Nayyirah Waheed — Thursday September 15th — 15:17 (CEST) — 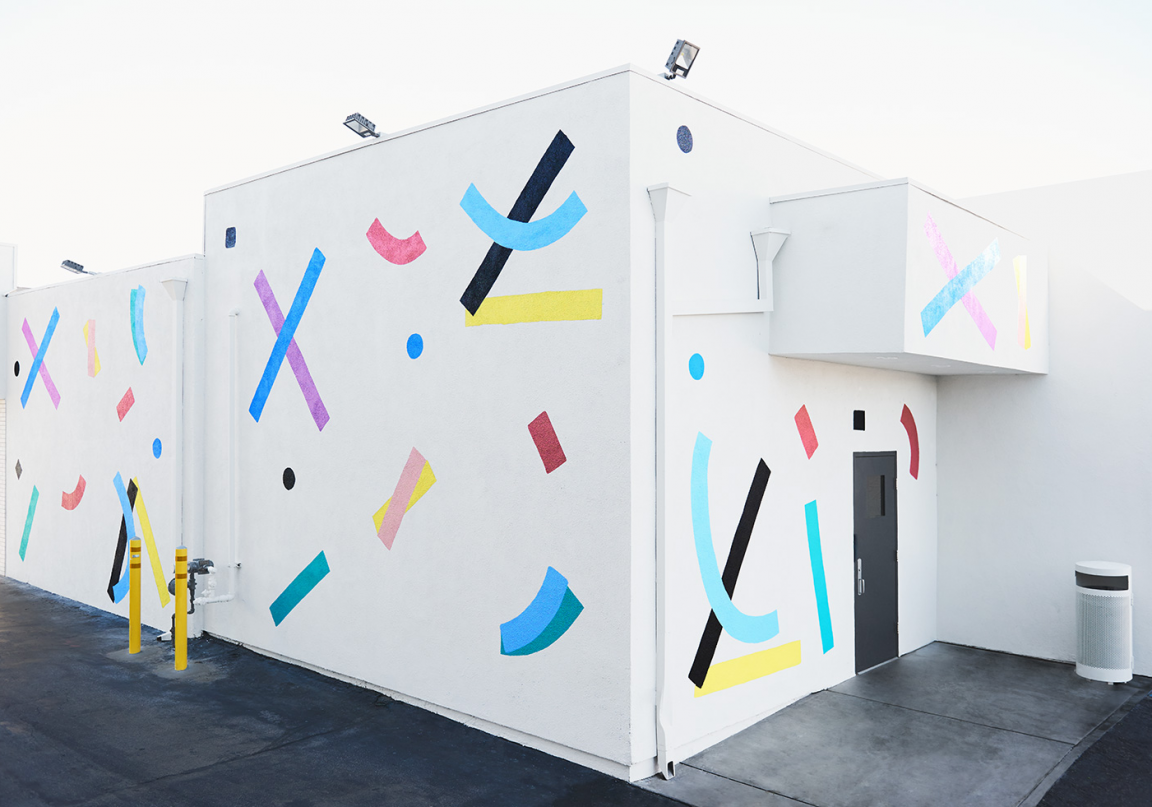 Feeling like the perfect hybrid of the figurative, finer, work of Dutch illustrator and artist Jordy van den Nieuwendijk mixed with the abstract strokes of Moroccan-French artist Najia Mehadji, but instead of paper or canvas put on display in the most impactful majestic size of murals — we really appreciate the work of Los Angeles-based visual artist Erin D. Garcia, who’s been creating some of his most impressive projects over the course of the last three years. Erin’s geometric abstractions derive from a mother structure of stacked blocks and volumes rendered in a series of colors. He deconstructs this architecture of color into a simpler lexicon of lines, arches, and curves in an ongoing search of other primary structures, which he names elements.

Effortless in appearance, his work is a calculated process of designating, defining, arranging, and permuting elements and colors with algorithmic thoroughness. Lines that edge triangles appear completed, but upon closer look, are actually disconnected and superimposed with unmet corners. When applied directly in the public sphere, as Erin has been doing frequently in recent years, a new dynamic is added to those inherent qualities that make up his elements, both from the (sharp-lined and edged) buildings, but more so the context that lays around them. It results in the most playful and powerful display of Erin’s talent, empowered directly by what has inspired its aesthetic in the first place: the beauty and color palette of the Californian sunshine.

Ed Ruscha, David Hockney and Peter Shire all taught art to choose yellow, pink, and blue over black, white, and grey. Erin D. Garcia places himself in this Los Angeles tradition of bold, sunny colors. The vibrancy of these colors, sterility, spontaneity, and casualness of appearance has come to be inextricably linked to the overall aesthetic of the city of Angels and a new generation of artists brings new chapters to the story started somewhere in the Sixties. Its strong history of pop, abstraction, and West Coast lax is communicated in a language of waves, gloss, and playful irreverence. Erin isn’t claiming this territory, but rather, seems to be isolating Los Angeles’ formal identity into a codex of yellow half circles and blue waves that subconsciously brings a loosely bound aesthetic into contemporary times.

Erin D. Garcia is a musician, artist, and designer living and practicing in Los Angeles. He has published folios, collaborated with JUCO fashion and photographer John Michael Fulton, and completed three commissioned public murals. His work has been exhibited internationally in Tokyo, London, New York and Art Basel Miami.