“What art does — maybe what it does most completely — is tell us, make us feel that what we think we know, we don’t. There are whole worlds around us that we’ve never glimpsed.” Greil Marcus — Monday June 26th — 19:20 (CEST) — 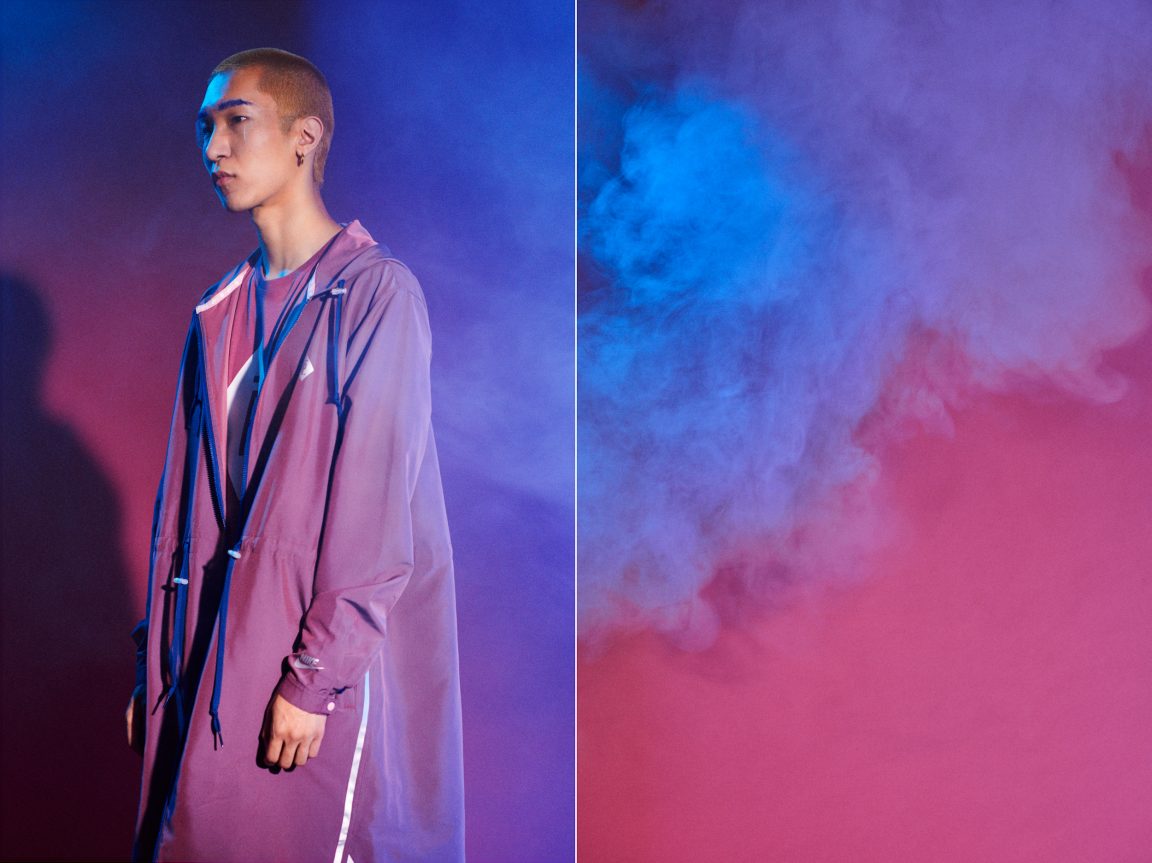 In the midst of last week’s presentations of the Spring/Summer 2018 collections all over Paris, one of the things we liked most that came from the French capital was the release of the Summer 2017 chapter of the ongoing collaboration between Pigalle and Nike, that next to his own brand’s interesting Spring/Summer 2018 collection forms another significant addition to founder and designer Stéphane Ashpool’s ever-growing legacy. In the shared vision of the Parisian brand and the American athletic giant, which first saw light in 2014, basketball continues to be the constant factor. While themes have varied since the beginning — from weathered courts to the tick of the shot clock — Ashpool’s undying love of (nineties NBA) basketball remains the leitmotif, which he took to new interesting heights with his latest creations.

His new collection with Nike explores new grounds within the fundament of basketball, not only introducing new garments and shoes, but broadening the scope of his creations to include silhouettes that work seamlessly for men and women. Ashpool estimates for every 10 customers at his Paris store, three are women, and while his aesthetic draws heavily from women’s haute couture, this is the first time he’s consciously pushed a NikeLab offering in a softer direction. Next to a change in the pieces itself, a new color palette of pink, blue and white marks the new phase of less gendered boundaries in a perfect elegant way. And it doesn’t stop at just the clothing, as the famous basketball court in the Parisian neighborhood that gave the brand its name — which Ashpool, his friends and Nike first renovated in 2009 and subsequently became a significant tactile element of their earliest collaborations with NikeLab — was given a complete color make-over in a collaboration with Ill Studio to beautifully mark the latest developments directly in the place where it all started.

The best garments have a balance between heritage and future-thinking technique. This collection is an evolution of ’90s basketball allure from the U.S., but in an elegant, Parisian way.

Ashpool’s achievement comes in blending past and present. For instance, the collection’s three-fourth length jacket (the first time Ashpool has produced a pattern from scratch for Nike) reinterprets the mobility vent from the progressive Nike Vapor basketball uniform. In performance wear, this feature is placed specifically where basketball players need it most, based on their five key movements. In Ashpool’s hands, it becomes a distinct device — simultaneously nodding to the future while creating an instantly recognizable hemline.

The jacket’s iridescent material is balanced by a deft use of French terry for the NikeLab Basketball Short x Pigalle, which shares the same mobility vent but more directly ties to traditional fabrications. It pairs with the NikeLab Hoodie x Pigalle, a classic fit given fresh perspective by contrasting material insets. Additional items include a cap, visor, tee and, a first for NikeLab x Pigalle, the NikeLab Pro Classic Bra x Pigalle.

There’s also a tracksuit luxuriously appointed with snap closers at the wrist and ankle and a two-way zipper. This approach, balancing masculine and feminine touches, is also consistent across the two footwear offerings in the collection. Complementing the NikeLab Air Shake Ndestrukt x Pigalle (Dennis Rodman‘s signature shoes), Ashpool’s take on the classic sport slide, the NikeLab Benassi Duo Ultra Slide x Pigalle, is designed to bounce straight from post-sport to party.

The collection is available now at selected NikeLab retailers.