“What art does — maybe what it does most completely — is tell us, make us feel that what we think we know, we don’t. There are whole worlds around us that we’ve never glimpsed.” Greil Marcus — Thursday June 16th — 16:25 (CEST) — 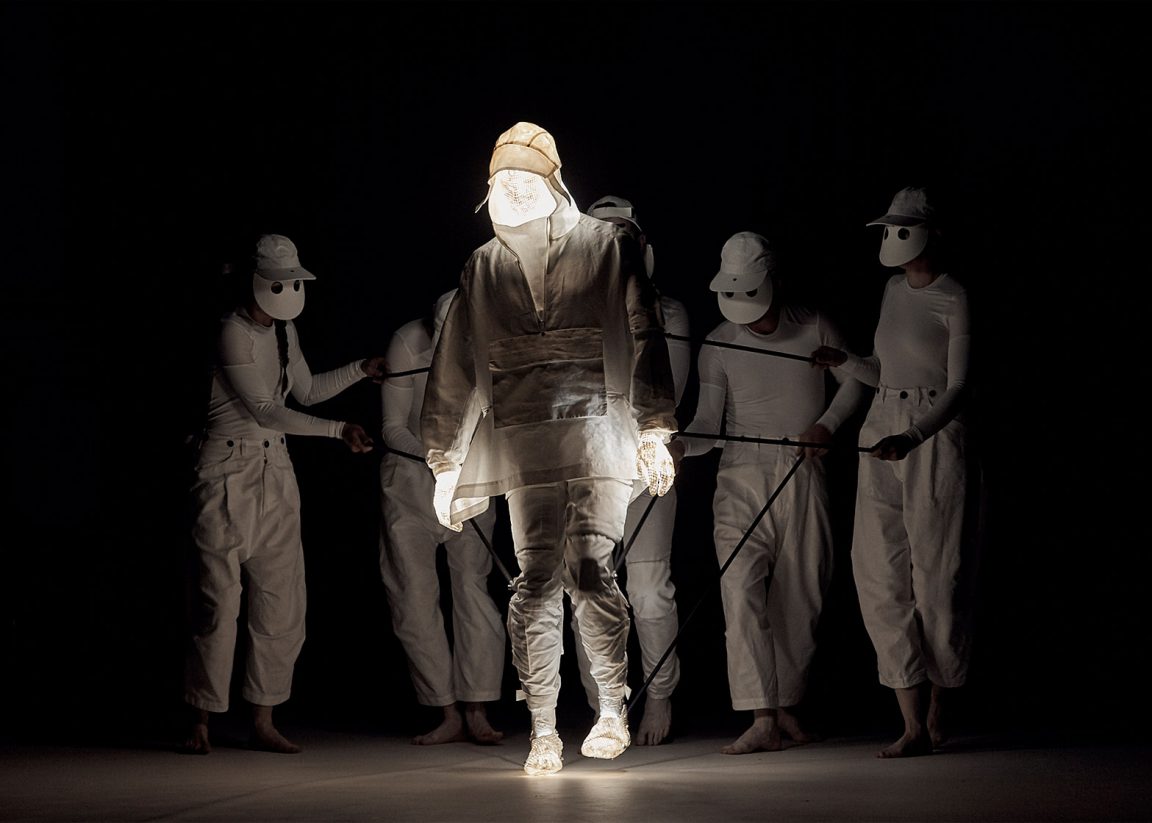 London Collections: Men is behind us and two names in particular keep resonating from what currently is seen as the most progressive display of new menswear. One debutant and one sportswear visionary who has been around for 10 years and worked as a creative consultant for different brands (G-Star most recently), but hardly has put anything on the market under his own label. The newcomer is Kiko Kostadinov (more on him later) and the visionary is Aitor Throup. The latter created a show twice as long as all te other shows in London, presenting five times as little silhouettes. Apparently even some people walked out of the show, things which hardly happen as a traditional fashion show will end in high pace before anyone can get that bored. For LC:M the Argentina-born designer debuted his in 2013 started New Object Research project on the catwalk at the Holy Trinity Church, also known as One Marylebone. Throup offered six looks — trans-seasonal prototypes he called them — in a presentation named ‘The Rite of Spring/Summer/Autumn/Winter’ that was much less fashion show than performance art piece.  At the entrance to the church, four casts of Throup’s body wearing these garments were laid on top of each other in a pile. The installation was named ‘The Resting of the Past’, and was created as a memorial to the previous designs. For the actual performance that ran for almost 22 minutes, Throup worked with puppet designer and engineer James Perowne. When asked by Tim Blanks about his inspirations for this particular creative display, Throup mentioned Alexander McQueen and Hussein Chalayan and how affected he’d been by their shows, but: “never figured out how to get that level of emotion.” With this show, for the first time, he has — without a doubt.

The level of emotion, the boldness to take the time needed to tell this story, against the odds of current trends in fashion. Implementing a remarkable element used in contemporary theatre with the life-sized puppets. Multidisciplinary and innovative. It doesn’t happen that often these days, especially not in fashion, and therefore we can only hope to see more of this in the future. With Throup’s current state of mind, it seems something we can actually look out for in the near future..

“‘The Resting of the Past’ represents the acceptance of the now. Through defacing my own work by covering it in ghost-like white paint, I am disregarding its current surface value whilst allowing it to peacefully rest.

The performance started with masked figures, puppeteers dressed all in white, starting to agitate the poles sticking out of the a pile of garments revealed out of a white box, causing the material to slowly rise into a human figure dressed in one of Throup’s black outfits. The puppeteers then maneuvered the figure down the catwalk. When it reached the end, a young girl ran on and removed its dark mask, revealing a white face underneath. Subsequent looks, all in black and white, were walked down the catwalk on puppets in a similar way – with the masters pushing sticks from behind to emulate the movements of a human figure.

After the runway presentation concluded, curtains were drawn back to reveal the puppets and outfits hung from the ceiling in front of the church’s stained glass windows. Throup’s collection of prototypes are being displayed and available for limited-edition purchase on request from London’s Dover Street Market, in their recently reopened new location.

In his manifesto for the show, Throup describes how ‘The Rite of Spring/Summer/Autumn/Winter’ forms the end of an introverted era and the beginning of a new creative freedom to actually express himself:

I was trapped by my work. I just wanted to create and to finally unblock the limitations that I had created around myself. I wanted to take off the armor that was my creative ego. To take off the self-made mask which had obscured my true self for so many years.

On the 13th of February 2015 at 22:30 I had a creative epiphany … I finally understood my work, and at the same time broke free from its previous restrictions … I woke up.

Accompanying this performance it was also announced that the first commercially distributed Aitor Throup collection is in development for release in January 2017. We can’t wait to see what the new creative phase in the life of the designer will bring us.