“What art does — maybe what it does most completely — is tell us, make us feel that what we think we know, we don’t. There are whole worlds around us that we’ve never glimpsed.” Greil Marcus — Thursday March 24th — 15:09 (CET) — 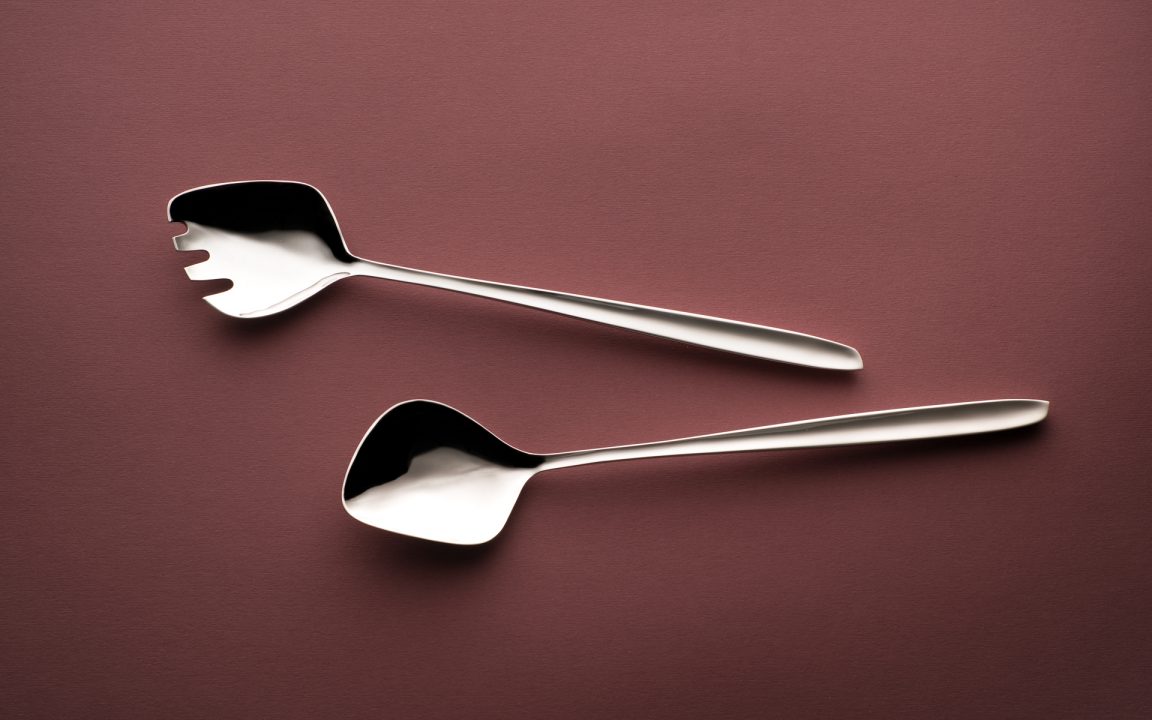 In his new project, one of our favorite designers working today; Lars Beller Fjetland merges traditional crafting techniques with the latest 3D-print technology, with which he has created yet another elegant work of minimal design. The starting point for this collaboration was a trip to the archives of Theodor Olsen Sølvvareverksted, the oldest silverware producer in Norway, in the city of Bergen. There Fjetland uncovered sketches of an asymmetric serving cutlery from the late fifties that never made it into production. He was commissioned by Theodor Olsen to rework the idea, bringing it into the 20th century. Key was finding a more cost efficient way of developing and manufacturing small scale series of cold forged cutlery, which was achieved by utilizing 3D-print technology to develop specialized tools for tool making. Based and named after the plant, Fjetland created ‘Monstera’, a set of cutlery with asymmetric leaf shaped spoon blades, which are mirrored copies of each other, only distinguished by the lobes featured on the fork. The idea behind this reflects the plants ability to grow two types of leafs, while also adding a functional aspect to the end product. The stem-like handles were given an asymmetric ending to really celebrate the beauty of nature. Another beautiful addition to Fjetland’s incredible catalogue.

The main source of inspiration for this project was the iconic Monstera plant. Its lobed heart shaped leaves and characteristic channelled stems have been transformed into subtle yet distinct details in the end product.

Theodor Olsen Sølvvareverksted is the oldest silverware producer in Norway, and all of their products are hand made in small series at their production facilities in the city centre of Bergen. This allows them to offer their customers a wide spectre of surfaces, textures and finishes. This is a key factor for this concept, as the customers can hand pick the materials and finishes they would like to be featured on their personal set of ‘Monstera’ serving cutlery.

Lars Beller Fjetland grew up on the west coast of Norway, where he has nurtured a lifelong fascination for the marriage of function with the finest of nature’s materials in furniture, interiors and lighting. He established his self-entitled Design office Beller design in 2011 while still being a student at Bergen Academy of Art and Design. He had his breakthrough in 2012, as he launched four of his latest designs at the annual Salone de mobile. Graduating from Bergen National Academy of the Arts in 2012, Lars is constantly looking to broadening his horizon as a dedicated explorer of form and function through various new projects.

The core philosophy of Lars Beller Fjetland is to design products that achieve a sense of both timelessness and longevity through an immediate, honest functionalism in form and aesthetic. Sustainable yet sophisticated solutions for a smarter tomorrow. Earlier design by the hand of the designer are the ‘Re-turned‘ birds, the beautiful ‘Cloche‘ lamp and last year he released the incredible ‘Moment‘ candle extinguisher in a collaboration with HAY.