“What art does — maybe what it does most completely — is tell us, make us feel that what we think we know, we don’t. There are whole worlds around us that we’ve never glimpsed.” Greil Marcus — Friday January 27th — 14:50 (CET) — 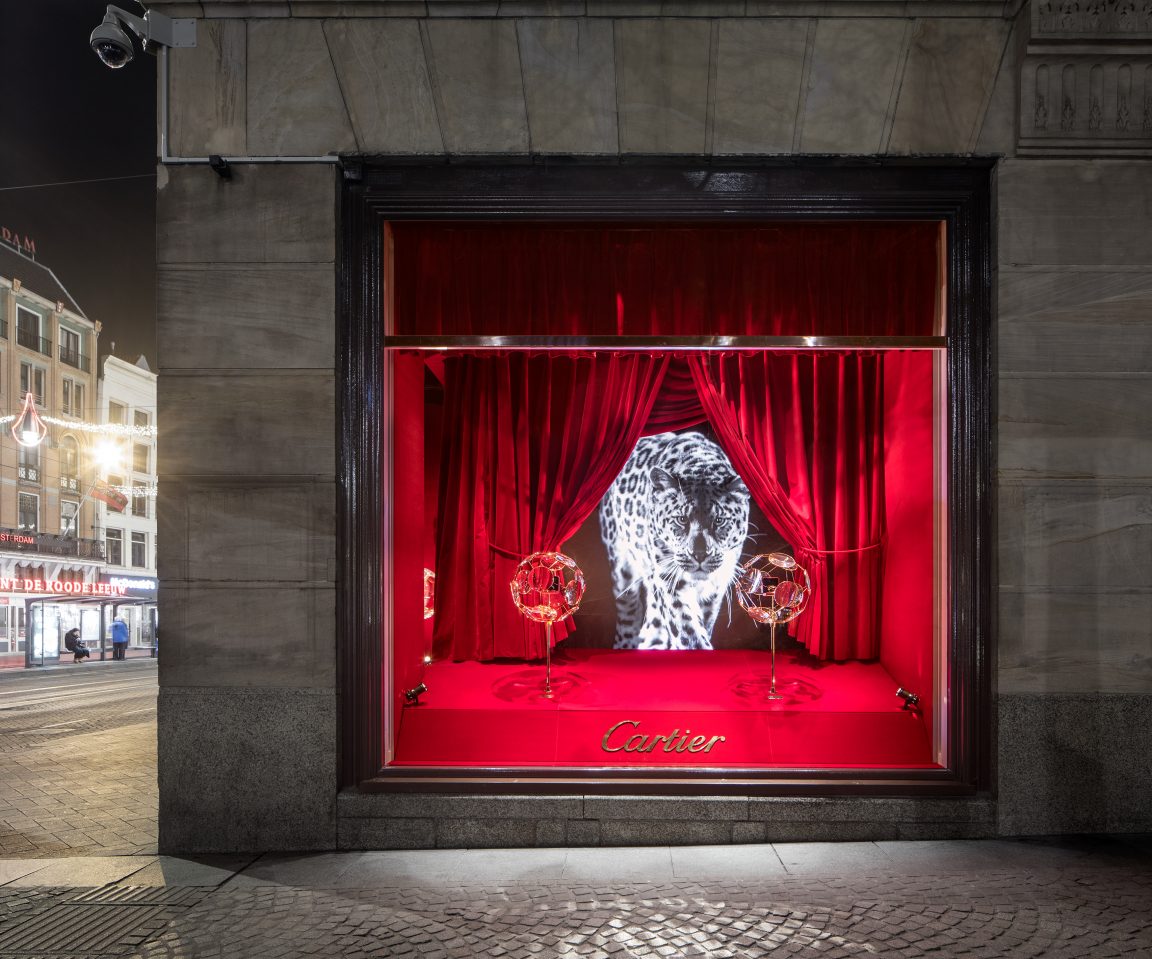 With Joachim’s decision to merge Atelier Joachim Baan with his frequently collaborator, creative design agency …,staat, and myself taking a position at the newly formed Amsterdam-based cinema juggernaut New Amsterdam Film Company since the beginning of 2017, there very likely will be a significantly broader scope of projects we worked on that will be passing in review here. (Next to all the exciting exclusive Another Something projects that will take shape in the coming months, of course.) The first hugely exciting project (that Joachim worked on) comes from …,staat, who just presented an extraordinary creation for French luxury house Société Cartier at their corner window at luxury department store De Bijenkorf.

Fine and studded with its characterizing screw motif, the window contrasts the details and fineness of the bracelet with the massiveness of the space.

Given the name ‘Moments of Magnification’ the concept showcases Cartier’s iconic LOVE bracelet. Fine and studded with its characterizing screw motif, the window contrasts the details and fineness of the bracelet with the massiveness of the space. The design features three rotating ‘globes’ containing LOVE bracelets, each comprised of 12 magnifying glasses and assembled using traditional gold-smithing techniques – breathing into the window the same level of craftsmanship as in the bracelets themselves. Set against a stage in Cartier’s opulent red, a curtained backdrop pulls back to play the brand’s campaign film as the globes sparkle in the foreground. This sparkle was key – a carefully choreographed play on light between viewer, space, and product.

You can see the Cartier corner window at de Bijenkorf on Amsterdam’s Dam Square. Don’t miss it!