“What art does — maybe what it does most completely — is tell us, make us feel that what we think we know, we don’t. There are whole worlds around us that we’ve never glimpsed.” Greil Marcus — Wednesday June 7th — 21:54 (CEST) —

I love listening. It is one of the only spaces where you can be still and moved at the same time. — Nayyirah Waheed — Wednesday June 7th — 21:54 (CEST) — 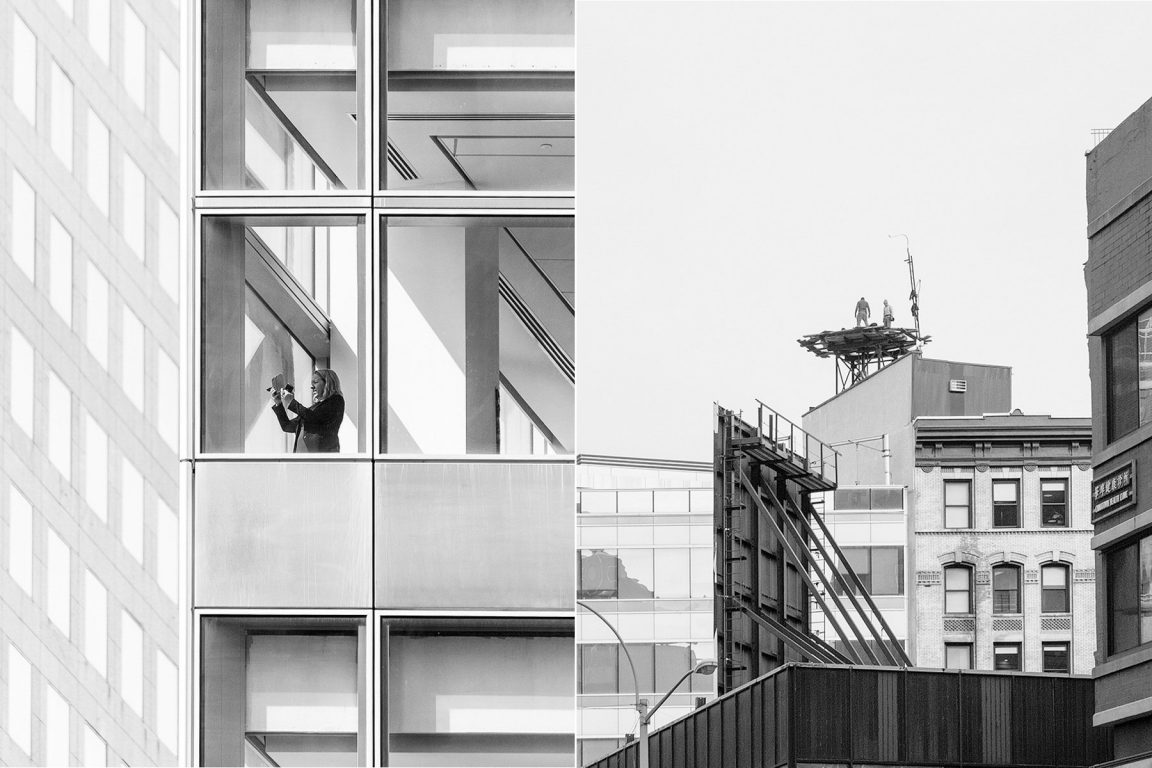 We continue to be far from as active here as we would love to be, mostly because of our schedules at …,staat and New Amsterdam Film Company demanding most of our time, but after some time completely off the grid in (Upstate) New York and California for the both of us in May; we are really picking up the pace again. Starting it up with an incredibly stunning new book by Swedish photographer Mårten Lange published by MACK, that was presented to the world some hours ago at the gallery space of Webber in London. Named ‘The Mechanism’, the extraordinary publication presents a remarkably melancholic series of monochromatic photographs that form a futuristic narrative about contemporary life. Bringing together anonymous images made in multiple cities, the work deals with themes of technology, economic systems, surveillance and (dystopian?) urban society. Lange attempts to trace the effects of technological developments on human experiences, using architectural tropes to build a narrative loaded with the threats and promises of the future. Cutting back and forth between close-up views and cityscapes, the beautifully designed book offers a filmic sequence of photographs that is at once affective and estranging. We have been familiar with the impeccable work of Lange before, after just discovering ‘The Mechanism’ we have a new instant favorite. Make sure to order it before this book sells out!

Brad Feuerhelm of American Suburb X on ‘The Mechanism’:

Human subjects are few in the work or are regressed into the efforts of working within the mechanism, the grid, and the matrix. The reduction to form and linear sensibility is what makes the work incredibly strong. It shows human endeavor as simply a small fleeting paradigm for the Babylonian post-modern.

The very talented Swedish photographer Mårten Lange studied photography at the University of Gothenburg in Sweden and the University for the Creative Arts in Farnham, United Kingdom. Lange has exhibited his work throughout Europe, amongst others at numerous locations in Sweden, the Robert Morat Galerie in Berlin, V1 Gallery in Copenhagen and Pedro Alfacinha in Lisbon. Beyond Europe his work travelled to the USA, Japan and Sydney. His has a string of publications, including ‘Citizen’ (Études Books, 2015) and ‘Another Language’ (MACK, 2012), as well as a number of self-published books including ‘Chicxulub’ (2016) and ‘Machina’ (2014; 2007), among others.