“What art does — maybe what it does most completely — is tell us, make us feel that what we think we know, we don’t. There are whole worlds around us that we’ve never glimpsed.” Greil Marcus — Monday June 19th — 23:48 (CEST) — 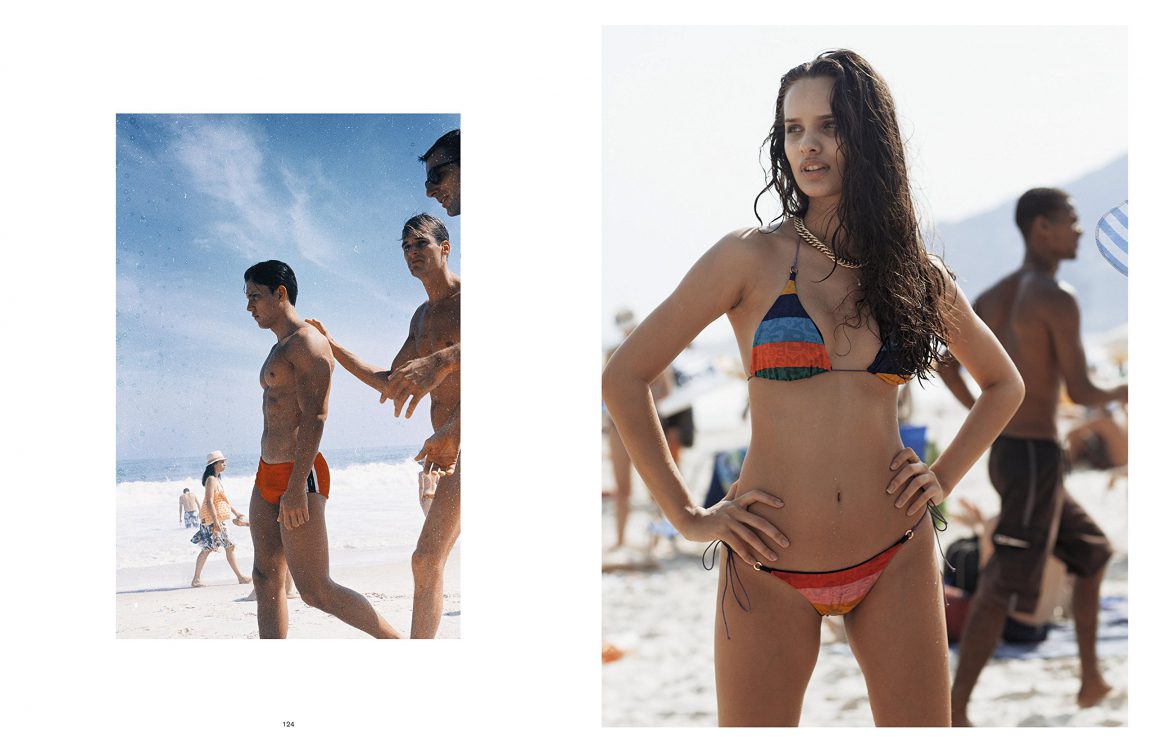 We’ve been big fans of Australian photographer Akila Berjaoui’s sensual photography from the moment whe we discovered her beautiful series ‘Lake Como‘, some years ago. Since then, she has been steadily continuing her worldwide travels with her analogue cameras, showing her beautiful signature in every new series that she produces. Last month, Berjaoui celebrated a new important milestone in her blooming career, when together with Prestel Publishing she officially presented her very first book to the world named ‘The last days of Summer’.

The new book proves to be the most elegant platform on printed paper for Berjaoui’s work till date, adding a significant new chapter to her ongoing artistic love affair with sandy beaches, sun, water and beautiful woman. In ‘The last days of Summer’, the spectator is taken to her hometown of Sydney and subsequently to bathing hotspots in Italy, France, and Brazil, amongst other places. Taken over the summers of 2015 to 2016, Berjaoui’s sun-streamed photographs of bathing beauty is brought to life in her familiar lush color palette that reminds of late 70s and early 80s photography. Her photographs have the power to veritably evoke the feeling of an earlier time; every detail is rich in the romance of 20th century travel, right down to the beach umbrellas, miniature but elegant swimwear and hidden Italian coves that are still cherished by the few who are able to keep a secret; in her work Berjaoui paints a sunny dreamworld on film. Beyond the surroundings, through her eye for beautiful framing, the eye-pleasing subjects in front of her camera always seem at total ease, with a hint of sexual tension lingering in the air. Curves are always soft and sandy tan lines both playful and honest — overal the visual narrative (and title) of ‘The last days of Summer’ transcends an undertone of nostalgia referring to a more heartfelt and colorful (pre-selfie!) era.

With summer all over The Netherlands at the moment, there’s no better time than now to order ‘The last days of Summer’, which finally captures some of our favorite photography in between two book covers to truly reveal its extraordinary beauty in the best possible form.

Akila Berjaoui’s incredibly sensual photography is appreciated far beyond her country of birth Australia, as she has been working anywhere on the planet where there are beautiful beaches and a rising sun to be found for years now. Much in the tradition of Slim Arons, Bruce Weber, Peter Beard, Claude Nori, and Juergen Teller ― all of whom she regards as influences on her work ― Berjaoui’s photos harken back to the 1950s, ’60s, ’70s, and ’80s with their soft colors and sultry joie de vivre. As a woman, Berjaoui is able to draw out her female subjects with a sense of kinship, rather than voyeurism. Next to her free work, the photographer has worked for a long list of collaborators including names like Mirage, Polanski, Vogue Italia, Dossier and Fallen.

Being one of the world’s most in-demand photographers, Akila Berjaoui is destined to make an even bigger name for herself in the field of travel, beauty, and lifestyle photography in the coming years — if the world doesn’t freeze over, we have no reason to believe it will not turn out that way.

For all information and more work by Akila Berjaoui see here