“What art does — maybe what it does most completely — is tell us, make us feel that what we think we know, we don’t. There are whole worlds around us that we’ve never glimpsed.” Greil Marcus — Wednesday May 25th — 18:37 (CEST) — 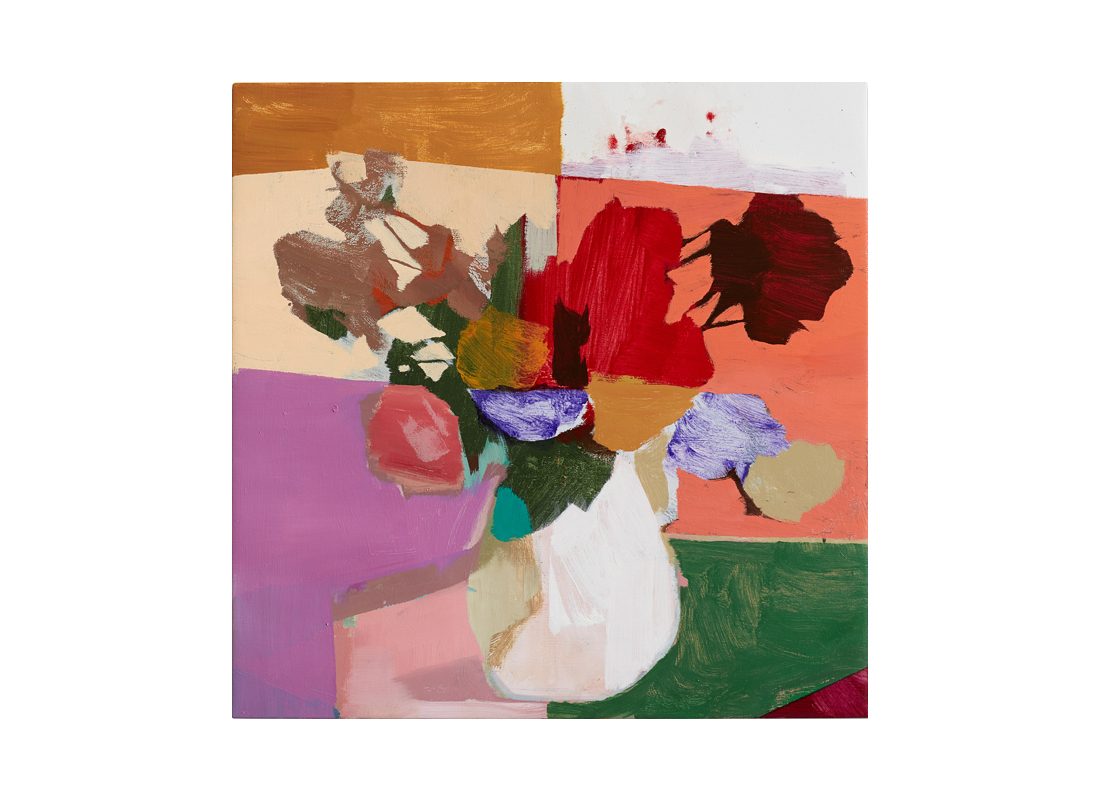 We just discovered the inspirational work of Danish painter Lars Tygesen, who last week opened a new solo exhibition named ‘Svundne tider’ (‘Bygone times’) at the Viborg Kunsthal in Viborg, Denmark. Two years earlier, Tygesen showed a series of remarkable paintings named ‘Nøgen’ (‘Naked’) in the Copenhagen-based Ringsted Galleriet, being the specific works which recently, by coincidence, we stumbled upon to discover his extraordinary artistic vision. Subsequently, seeing all of his creations of the last few years on his website definitely made an impression. Tygesen works with oilpaint on canvas, which in a signature fashion he affixes in numerous thick layers of paint. The images he creates are figurative, but through an interesting use of different color surfaces and the multiple layers on the canvas an abstract collage-like effect is created, resulting in a intriguing level of ambiguity which we really appreciate.

His ‘Naked’ series deals with the specific subject matter of female form, which he approached by creating collages out of old erotic pictures from the 1940’s and 1950’s portraying lush, fertile women that formed the basis of his own abstracted colorful naked depictions. This method, creating on the basis of collage imagery, can be detected throughout the artist’s career, having collected numerous motifs from magazines and uncountable pictures of royal interiors, forming the fundament in the paintings he creates from his fascination with the representation of the grandiose, the pompous and even snobbism. We love how in recent years a new level abstraction can be detected in this captivating artistic vision, showing Tygesen’s discerningly intuition for colors and the interaction between different surfaces in the creation of incredible composite imagery.

We can’t wait for more by this inspirational new discovery!

Classic painting has always been essential for my work in the sense that I’m very interested in what it can and can’t do. (…) I’ve deliberately focused on the process and the painting itself, rather than the figuration. I’m not interested in portraying a woman. Rather, I’m interested in the motive – in depicting the shape of the female body.

Lars Tygesen is a graduated artist from the Royal Danish Academy of Fine Arts (2002-2008). After having lived and worked in Copenhagen, he now relocated to Silkeborg in the middle of Denmark where he continues to shape his body of work. Since his graduation Thygesen has been exhibited at Ringsted Gallery, Malmö Konsthall, Lillehammer Art Museum, Norway, Gammel Strand and on the 21ste of May he opened his new solo show in the Viberg Kunsthal named ‘Svundne tider’. Tygesen is represented in art collections in the ARK and the New Carlsberg Foundation.

‘Svundne tider’ will be open for the public until the 21st of August at the Viborg Kunsthal. Located at Riddergade 8 in Viborg, opened Tuesday until Sunday from 11:00 — 17:00.