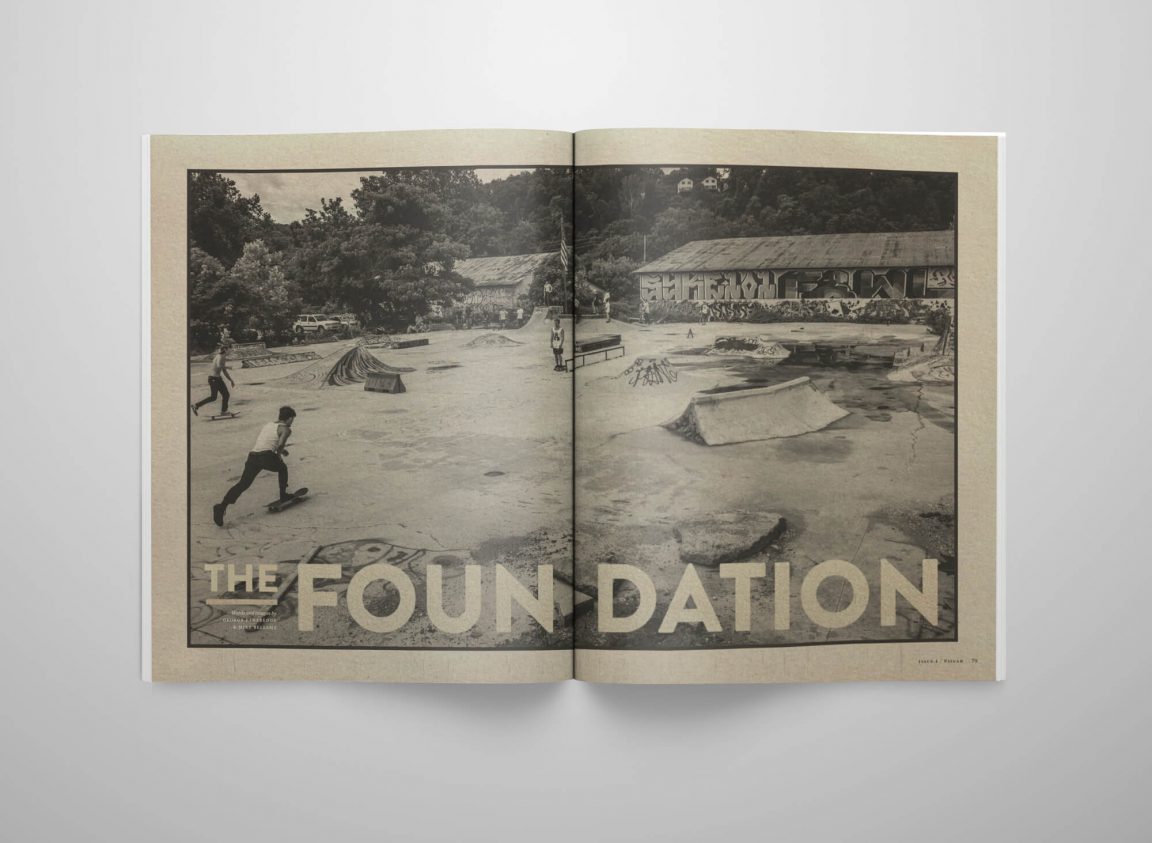 Two years ago we discovered the unique magazine named Collective Quarterly, with an inspirational focussed approach in creating stories on travel, design and everything that applies to the overhauling leitmotif being the concept of discovery and wonderment — which proves to one of our favorite new niches in independent printed matter. Each issue of CQ spotlights a single geographic location in the United States by focusing on the artisans, music, food, and natural wonders that make it special. It took them and therewith the readers to Marfa for the debut, followed by the Absaroka Mountains, the Mad River Valley and the triangle between Santa Barbara, Ojai and Ventura in California.

For their recently released fourth issue, named Pisgah, the team traveled to Asheville, North Carolina, an area where, “carefree vacationers exist alongside deeply philosophical counterculturalists, who in turn live next to artisans quietly practicing their craft as they have for generations.” The issue’s subjects include itinerant buskers passing through town via railroad, neo-primitive communities seeking to live outside of civilization, a French World War II survivor who has devoted her life to building an art cathedral, and much, much more. It has resulted in yet another rich perspective on a place on earth which we didn’t know before laying eyes on the remarkably insightful new issue. Make sure to get your hands on it and travel to the wonderous town from wherever you are.

The Pisgah National Forest rolls over the Appalachian Mountains, covering half a million acres and surrounding the booming town of Asheville, North Carolina. Though it’s not the largest forest in the Union, life swirls inside these woods at Biblical magnitudes. From moonshiners to teetotalers, and from industrialists to environmentalists who worship the land itself, cultures have clashed here for generations.

Next to every magazine, The Collective Quarterly also aims to partner with the companies featured in the magazines to produce a handful of limited edition, co-branded goods, which they exclusively offer in their shop.