“What art does — maybe what it does most completely — is tell us, make us feel that what we think we know, we don’t. There are whole worlds around us that we’ve never glimpsed.” Greil Marcus — Tuesday January 24th — 7:47 (CET) —

I love listening. It is one of the only spaces where you can be still and moved at the same time. — Nayyirah Waheed — Tuesday January 24th — 7:47 (CET) — 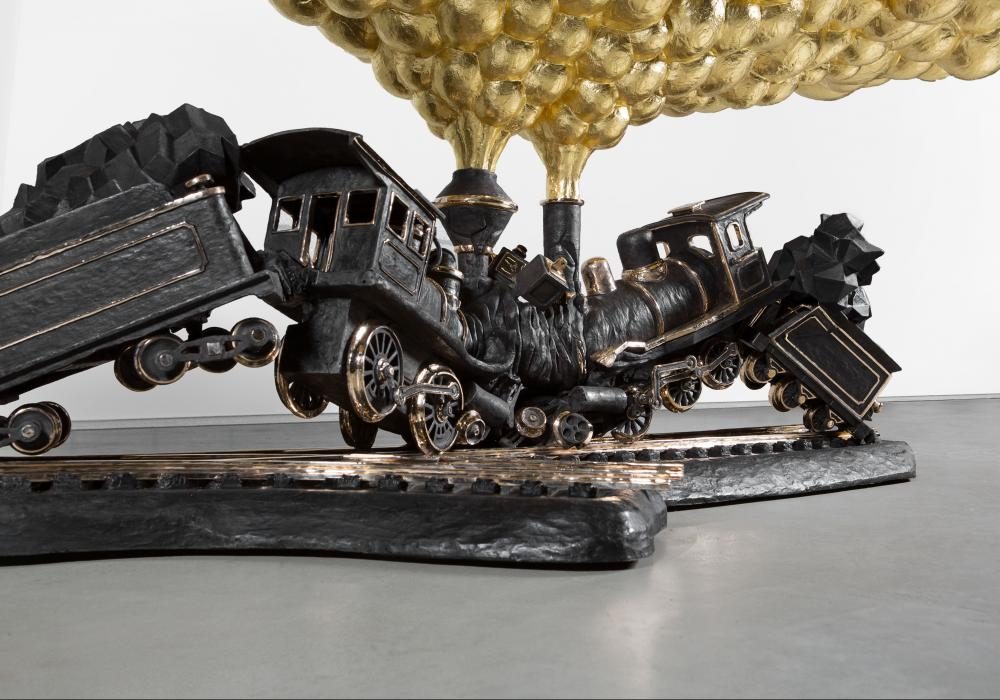 We have been off to a slow start here (not elsewhere), but with some very exciting meetings ahead in the coming months (stay tuned!), there will be an even stronger overal shift to ‘Less but Better’ in this year. Nevertheless, we will start picking up the pace from here, still sharing those things that continue to move us — today putting focus on the infamous Studio Job once more. As part of the Carpenters Workshop Gallery’s ten-year anniversary programme, last week the gallery with three locations worldwide opened its Parisian space for the public to an exclusive exhibition by Job Smeets and Nynke Tynagel, which might very well be the most impressive display of their holistic practice till date.

Entitled ‘Here There Nowhere’ the exceptional solo show presents new creations, some of the most emblematic pieces that the duo created over the last few years and, very excitingly so, for the first time it opens up the drawings that form the basis for most physical creations to the public. The result is a highly diverse constellation of the fascinating creatures, iconic hybrid forms and ironic objects that punctuated with iconographic references — forming a kitsch and fanciful world where the object transcends functionality with everything bound together by the ‘Neo-Gothic’ aesthetic, masterfully championed by the Dutch power duo. When in Paris, ‘Here There Nowhere’ in a must visit!

Recognized for their forward-looking approach, dreamlike and sometimes provocative designs, the exhibition will reveal the scope of the duo’s savoir-faire craftsmanship that floats between audacity, exuberance and technical prowess.

Out of all the pieces on display, one fascinates in particular: ‘Chartres’, a detailed reconstruction close to the architecture of the cathedral, hides underneath a diptych door entirely covered in obscure figures delicately gilded with leaves. Skulls, snakes and insects: iconoclastic symbols convoluted with sarcasm. But also ‘Train Crash’ is a creation that seems to symbolize today rather spot on. The piece an epic collision of two steam trains borrowed from the imagery of Western films, has the pretext of a table that despite its imposing mass defies the laws of gravity. Even more satirical and directly political is the luminous sculpture ‘Big Ben (Aftermath)’. It forms reinterpretation of the emblematic London monument and allegory for the Western, the work stages their cynical vision of a world in decline.

Alongside great history, grand monuments, cinema, or popular culture, Studio Job also draws inspiration from the anecdotal to create realistic, but always humorous ‘situational-objects’. Our favorite, which we shared when they were on display in London in 2014: ‘Cat Fight’, a brawl between two cats becomes a pretext for a luminous sculpture, but also the familiar ‘Bananalamp’ that we wrote about in 2015. To be granted access one layer deeper beyond their finished creations, to the drawings that have preceded them, reveals a still rather unseen layer of thoroughness in their approach, making ‘Here, There, Nowhere’ as much a familiar (be it very large) display of the duo’s exceptional creational power, but also the creative process of Smeets and Tynagel is opened up a little bit, presenting another layer to their wacky genius, ever-expanding universe.