“What art does — maybe what it does most completely — is tell us, make us feel that what we think we know, we don’t. There are whole worlds around us that we’ve never glimpsed.” Greil Marcus — Tuesday December 13th — 19:41 (CET) —

I love listening. It is one of the only spaces where you can be still and moved at the same time. — Nayyirah Waheed — Tuesday December 13th — 19:41 (CET) — 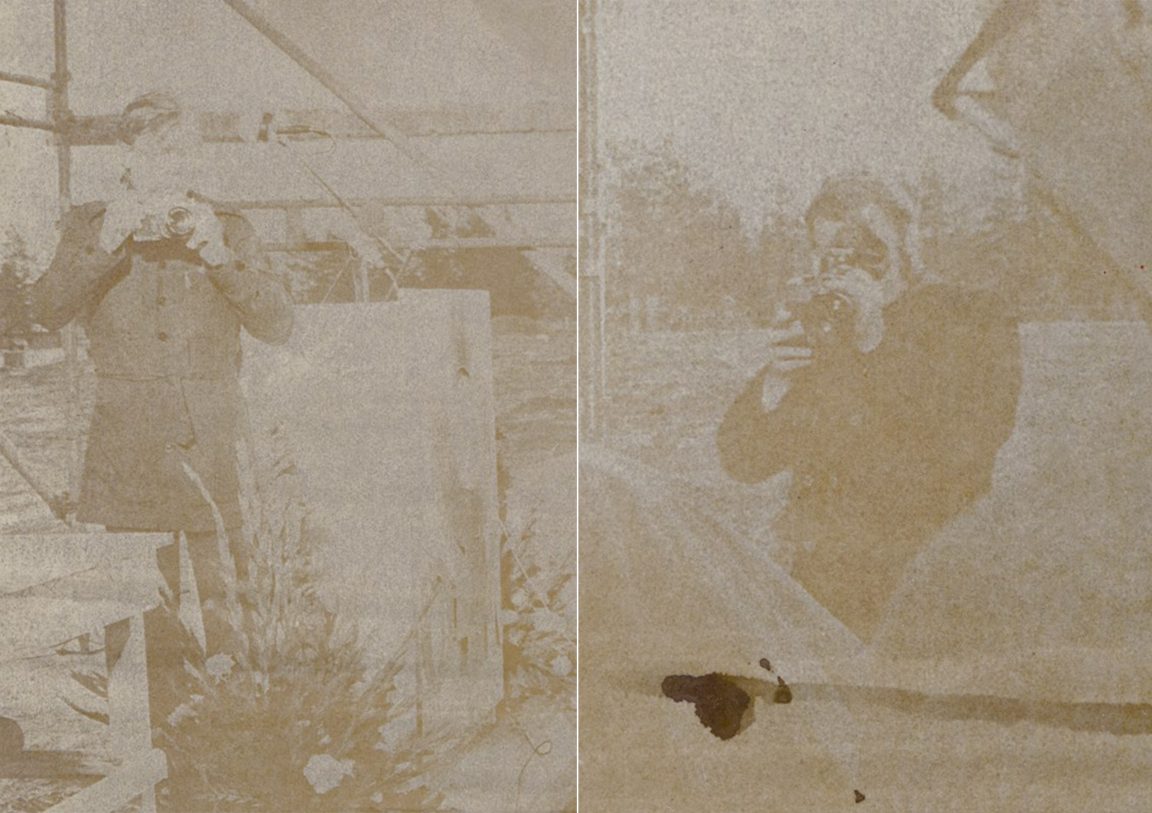 We recently discovered the stunning ‘Grey Cobalt II’ series by the Finnish photographer and visual artist Felicia Honkasalo, while browsing the greatly inspirational online archive of Aint–Bad, which is an extraordinary source for some of the most interesting photography being produced today. In recent years Honkasalo has been refocussing, both in her most recent Master’s studies and the work she has been creating, beyond traditional photography into a broader visual arts direction, yet the more classical photographic series that was produced (and shared by Aint–Bad) at the end of 2014 focusses on objects, documents and photographs inherited from her late grandfather. It also already shows he free approach in experimentation with the still images, juxtaposing different genres of photography to create a narrative that both shows an interesting composition of different aesthetics and evokes an emotional reaction and the questions of what lays behind the depicted. Having never known her grandfather, she uses the narrative of remembrance to reconstruct him through his world that has ceased to exist — portraying rock matter, technical drawings of blast furnaces, and an encyclopedia worth of books on metals and mining, which together symbolizing a man and his world, that she never really knew, but inherently connected to her by blood. We are really inspired by both her aesthetic choices and the emotional narrative that transcends the imagery: incredible!

I like to think of the work as a capsule of space and time, like that of a cabinet of curiosities, where the disparate collected objects help one form a tactile experience of a lost world. And like all collections, they evoke an ever present absence.

What is held onto through a photograph, is no longer the disappearing object itself but something that appears or becomes visible in the moment of its vanishing: as it were, the last glance that it casts at us, or the last glimpse of it that we can catch.

This year, Felicia Honkasalo graduated from the Master’s Programme at the Fine Arts Academy in Helsinki. Earlier she already received her Bachelor’s with Honors in Photography from Camberwell College of Arts, University of the Arts, London. Honkasalo’s works have been exhibited both in Finland and in different locations in Europe, with her creations part of public and private collections. Next to her autonomous practice, Honkasalo is also a member of the multidisciplinary artist collective honkasalo-niemi-virtanen that recelty exhibited an interesting concept dealing with the forced movement of captive animals held at the Helsinki zoo, during the last Summer, which will be publicized in a printed form somewhere next year.

For more information and work by Felicia Honkasalo see here