“What art does — maybe what it does most completely — is tell us, make us feel that what we think we know, we don’t. There are whole worlds around us that we’ve never glimpsed.” Greil Marcus — Tuesday October 17th — 18:11 (CEST) —

I love listening. It is one of the only spaces where you can be still and moved at the same time. — Nayyirah Waheed — Tuesday October 17th — 18:11 (CEST) — 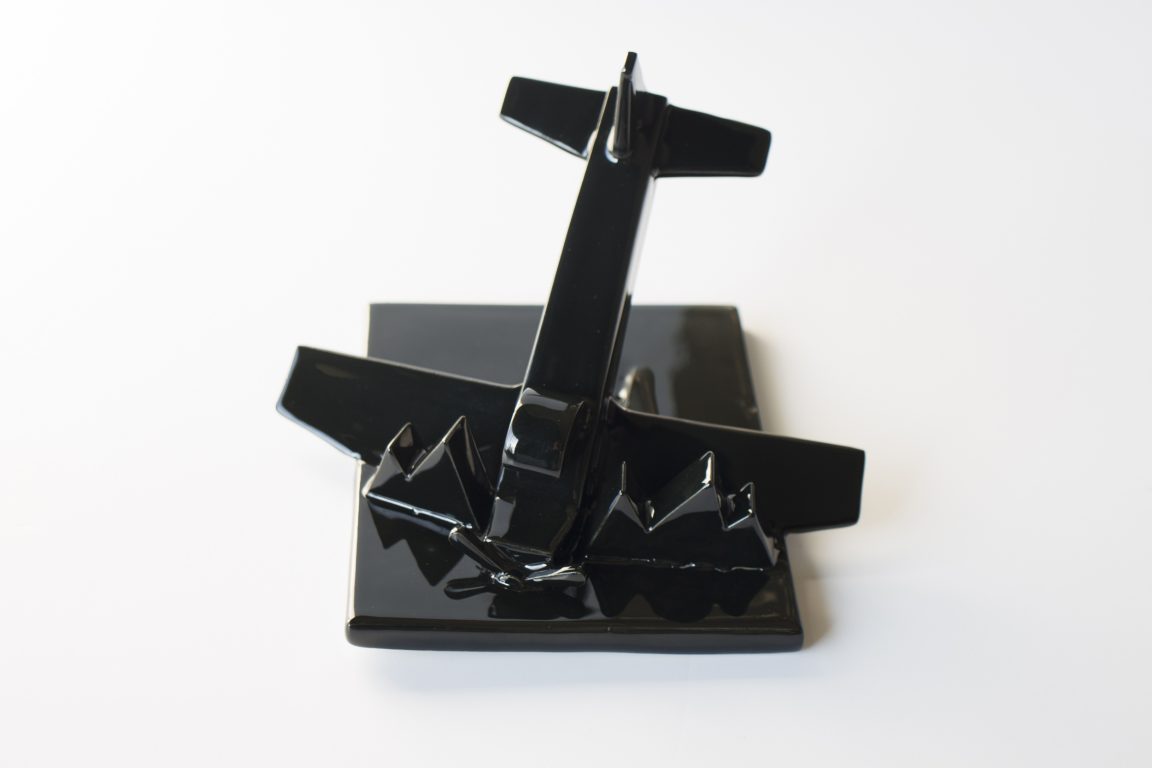 From the moment we worked with Utrecht-based illustrator Lennard Kok for the rebrand of Travelteq in 2015, the ambition was set to collaborate again. Eventually it took another year to really sit down and discuss it. At that point Lennard confessed he wanted to explore new terrain in his artistic practice and shared his ambition to reach beyond illustration. Through our consensual admiration for certain inspirational artist editions, we set the bar at next level and eventually came to the conclusion this would mean we needed to take Lennard’s clear lined flat signature and find a way to translate it into the sculptural. More so, as paradigms continue to shift under the pressures of digital globalization with significant fractures ahead of us that seem to usher in a new era, we searched for a statement that (at least in our heads) would mark the specific moment of creation.

In the dialogue that followed, we kept returning to a series of crashed vehicles Lennard had made earlier that year. When we finally started seeing the airplane out of that series as the ultimate symbol, we knew we had found our subject that represented everything we aimed for. From that moment Michiel Verweij joined the project to bring Lennard’s vision to life in 3D and soon Suzan Becking formed the last element of the equation as we wanted to materialize the sculpture into the perfect paradox: a crashing plane made out of porcelain. The final quest for perfection started, and eventually took a little longer than we hoped, but Friday the 13th, at last, graphite on paper was transformed into a black porcelain sculpture which we named ‘Fallen Bird’.

We are extremely proud to present the result of our shared endeavor and are very thankful for this inspirational experience alongside Lennard, Michiel and Suzan. Now it’s time for this ‘Fallen Bird’ to find its way all over the world again… We are ready for the next one (stay tuned)!

While in the proces of creating ‘Fallen Bird’ together with Lennard, Michiel and Suzan, we met Belgian contemporary jewelry maker Peter Vermandere by chance in an Antwerp-based restaurant somewhere in February. When Peter invited us to his atelier the next day, we didn’t hesitate and as coincidental as our meeting in the first place, he also told us about a piece he created the day after a passenger plane was deliberately crashed by its pilot. Triggered by his own latent fear of flying, he translated his feelings into a little creation: a handcast tin figure of a plane, cut out in hard lines like a sketch, with a skull representing death where normally the cockpit is positioned. With the time passing, Peter’s fear faded, and the beautiful creation silently became part of the kabinet of curiosities which is his atelier…

Until the moment when we discovered it while visiting the wondrous place after our chance meeting the night before. Inspired by the fascinating coincidence that we had met while working on the project with Lennard, Peter decided to create a series out of the crashing planes especially for us, which we named ‘Aviophobia’. Made from the original mold, but instead of the the foot that held the first casts, this time a double Butterfly Clutch closure was placed on every one of the pieces, made in an exclusive limited series for our ‘Fallen Bird’ project of 10. The pin is available in our shop here.

Lastly, to commemorate the day when we were able to share what had taken over a year to finalize, we also created 13 long sleeve shirts with screen print on the back — celebrating the official launch of ‘Fallen Bird’ last Friday, the 13th of October 2017. The Los Angeles Apparel shirts show the original illustration by Lennard, under a list of all known major passenger planes that have crashed on October 13. Some of the shirts are still available online here.