“What art does — maybe what it does most completely — is tell us, make us feel that what we think we know, we don’t. There are whole worlds around us that we’ve never glimpsed.” Greil Marcus — Tuesday May 10th — 9:00 (CEST) —

I love listening. It is one of the only spaces where you can be still and moved at the same time. — Nayyirah Waheed — Tuesday May 10th — 9:00 (CEST) — 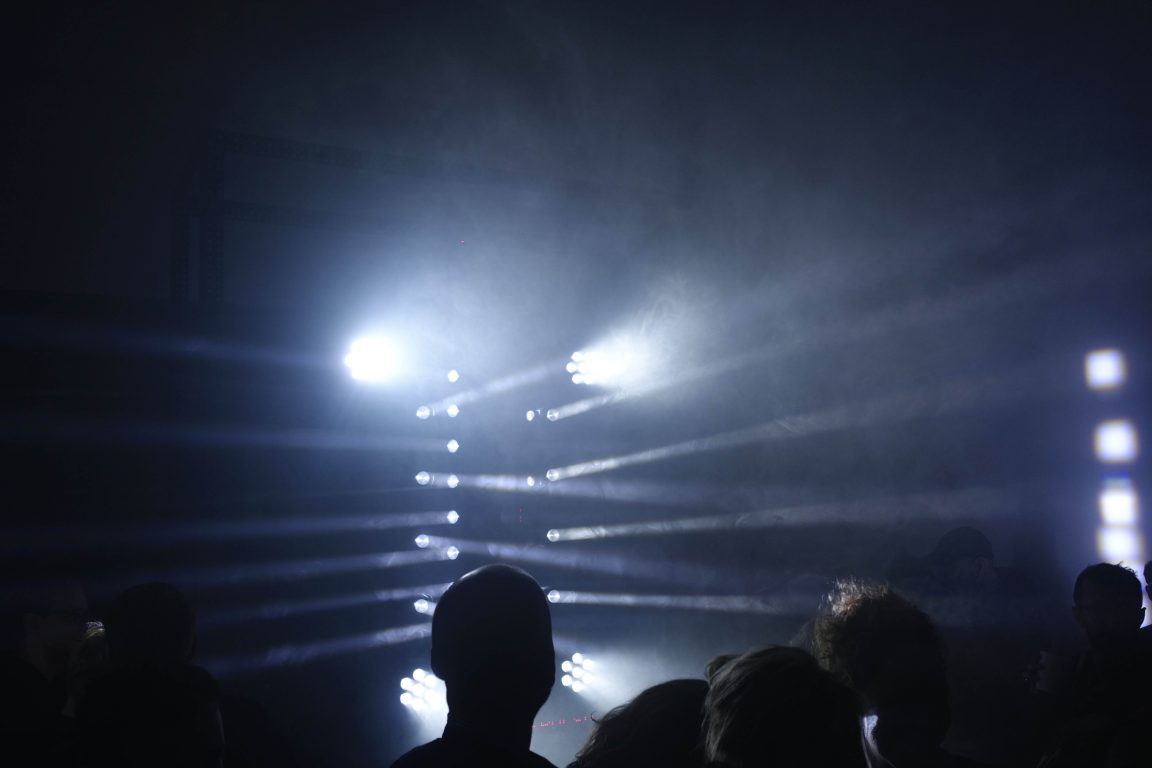 One of the highlights of last month’s Salone del Mobile came from renown Munich-based creatives Konstantin Grcic and Mirko Borsche, who presented their one-off shared project named EPOCSODIELAK — a light machine that can turn any room into a raving club. The light and sound installation is the result of a chance creative collaboration between the two renowned German designers, internationally recognized in the product and graphic design fields respectively. Given the ambiguous moniker EPOCSODIELAK, the impressive machine is a 3x2x1 meter, free-standing Disco Totem. Made in black powder coated steel and chainlink fencing, it is equipped with a tight cluster of strobe lights, lasers, a fog machine and mix desks. Powered by a 1200 Watt dynamic sound system, the project proposes a self-sufficient sound/light unit, which has enough whack to turn any space into a state- of-the-art disco. With its design kept to a minimum, through the choices of non-complex industrial materials, next to on the other hand its surprising audio-visual power the machine marries both of Grcic and  Borsche’s individual talents to delightfully communicate in an iconic language within their fields of specialism. Both designers create through deliberate minimal touches with maximum effect in their own field and put that together resulted in this mobile disco experience boiled down to its bare essentials, still having maximum impact. We love it!

The installation was first presented by KALEIDOSCOPE and ZEITmagazin on the occasion of Salone, where 400 guests followed the invitation to KALEIDOSCOPE’s project space and celebrated the superlamp with a party that was quoted to be among the favorites of this year’s edition in Milan.

EPOCSODIELAK has little in common with what you expect from a lamp. Yes, it does give off light, but not of the kind we’re used to. Unleashing a hurricane of light effects is more like it. (…) As a device, it’s an epic exaggeration, and at the same time a comment on how little we usually expect from something like a lamp.

After studying industrial design at the Royal College of Art and working with Jasper Morrison in London, German designer Konstantin Grcic set up his own practice Konstantin Grcic Industrial Design in Munich in 1991. Widely acknowledged as one of the most influential design office of our time, KGID combines an industrial aesthetic with experimental artistic elements, and many creations, such as Chair One, are acclaimed as design classics. Solo exhibitions of Grcic’s work have been shown at the Museum Boijmans Van Beuningen, Rotterdam; Haus der Kunst, Munich; and Vitra Design Museum among other international institutions. In addition, he has curated a number of exhibitions such as DESIGN-REAL at The Serpentine Gallery, London, and the exhibition design of the German Pavillon at the 13th Venice Architecture Biennale.

Bureau Mirko Borsche was founded in the same city as where Grcic is based years later, in 2007 by Mirko Borsche, who quickly becaome one of the most exciting editorial designers on the international scene. The studio is responsible for the art direction of KALEIDOSCOPE since 2014 and the creative direction for weekly newspaper DIE ZEIT (and every publication of ZEIT Verlag, such as ZEIT-magazin) since 2007. After graduating in Graphic Design in London and Augsburg, Borsche worked as an art director for the likes of Springer & Jacoby and Mini-International BMW Group. From 1999–2007 he was art director of jetzt Magazine. In 2002 he launched the youth magazine NEON as art director. Bureau Mirko Borsche has clients hail from all fields, from culture and media to business: Bavarian State Opera, Bavarian Radio Symphony Orchestra, Thalia Theater Hamburg, Harper’s Bazaar, Audi, BMW Group, Saskia Diez, Stefan Diez, Kostas Murkudis, Nike.

Konstantin on the multidisciplinary collaboration with Mirko:

The concept was conceived in discussions between Mirko, Moritz, myself and Jan, who is my assistant. During this early phase, it doesn’t matter whether one side comes from a graphic background, the other from industrial design. However, once the idea was born, it was very clear who would do what. At this stage, it is quite evident how different our disciplines are. In my work, we are usually building something to last, while in the graphics, a lot of the work is done much faster and is much shorter-lived. This is exactly where teaming up with Mirko gives our project an extra boost.

On the occasion of the exhibition of the machine in Milan, Bureau Mirko Borsche designed a special merchandise concept, appropriating iconic symbols from the 90s which expand on the narrative behind the disco totem which were available during the presence of the EPOCSODIELAK in Milan. The merchandise composed of T-shirts and tote bags was produced by italian retailer/brand Slam Jam, anchoring the collaboration in line with the current trends to communicate as broadly as possible with as strong roots in pop culture as possible.