“What art does — maybe what it does most completely — is tell us, make us feel that what we think we know, we don’t. There are whole worlds around us that we’ve never glimpsed.” Greil Marcus — Thursday July 28th — 18:47 (CEST) —

Anything can happen in life, especially nothing. — Michel Houellebecq — Thursday July 28th — 18:47 (CEST) — 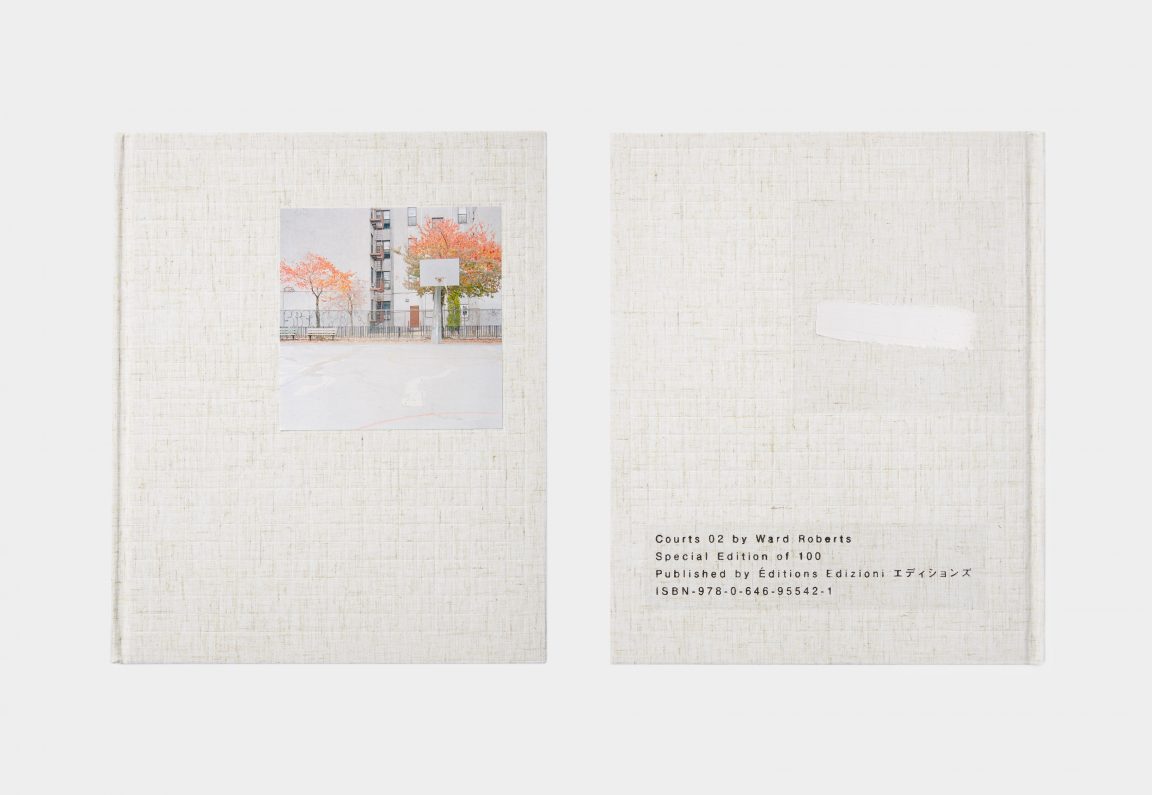 Following the release of his remarkable ‘Courts 01’ in 2012, today New York-based photographer Ward Roberts presents his second printed chapter, named conveniently ‘Courts 02’, of the ongoing photographic study documenting sporting courts at the Arcana in Culver City, California, after it already has been open for purchase online for the last couple of days. Initially aiming to document Hong Kong’s car parks when he started with the series back in 2007, Roberts found a deeper connection with the city’s basketball courts and switched his focus to these colorful spaces instead. He noticed that many of the most multicolored courts were located beside low-income apartment buildings, and used these as landmarks to track down the hidden spaces. After publishing ‘Courts 01’, Roberts continued his search while on travels to Bermuda, Hawaii, New York and Melbourne.  In these locations, he also found the sports grounds that never cease to fascinate him, enhancing his captivating collection of images with interesting new chapters. The result in ‘Courts 02′ is yet another series of immaculately captured public spaces, in Roberts’ signature toned down color palette, finding highly aesthetically fragmentations of these ordinary areas of play, which we can’t take our eyes from.

As all iconic images inevitably do, Ward Roberts’s courts have now become a force of their own, circulating the world with terrific velocity via the rushing slipstream of the internet, gathering momentum and making their mark upon the global eye. […] His art is so powerful: he gives life to the spaces of photography, and photography to the spaces of life.

Roberts on his Courts series on dezeen:

Maybe it’s because I used to play basketball and tennis a lot when I was younger and then I stopped. Maybe it was a yearning for that time in my life. After that, everywhere I travelled, I would want to go out and photograph courts.

Ward Roberts is an independent conceptual artist who creates exquisitely composed photographs drawing on themes such as the effects of loneliness and isolation in the modern world. the artist’s perspective is fresh and engaging, and the sophisticated aesthetic is often contradicted by subtle unscripted moments. a soft-drenched color pallet is a common theme. there is an innate energy at the core of his work, one that is harnessed and marshalled into every detail of the composition.

Roberts’ work is in many ways a rebuttal of the prevailing trend of urban, gritty-style, contemporary photography. there is a dichotomy at play in his fine art images, which simultaneously recall the mastery of medium and calculated patience of remote academic painters, while also feeling completely new and contemporary. Ward was raised in Hong Kong, lived in Melbourne and is currently based in New York.

‘Courts 02’ will see two separate releases of the book. A standard edition plus a collector’s edition of 100 copies only. Also, for the very first time, a selection of three prints have been made available for purchase.