I love listening. It is one of the only spaces where you can be still and moved at the same time. — Nayyirah Waheed — Wednesday July 6th — 16:06 (CEST) —

“What art does — maybe what it does most completely — is tell us, make us feel that what we think we know, we don’t. There are whole worlds around us that we’ve never glimpsed.” Greil Marcus — Wednesday July 6th — 16:06 (CEST) — 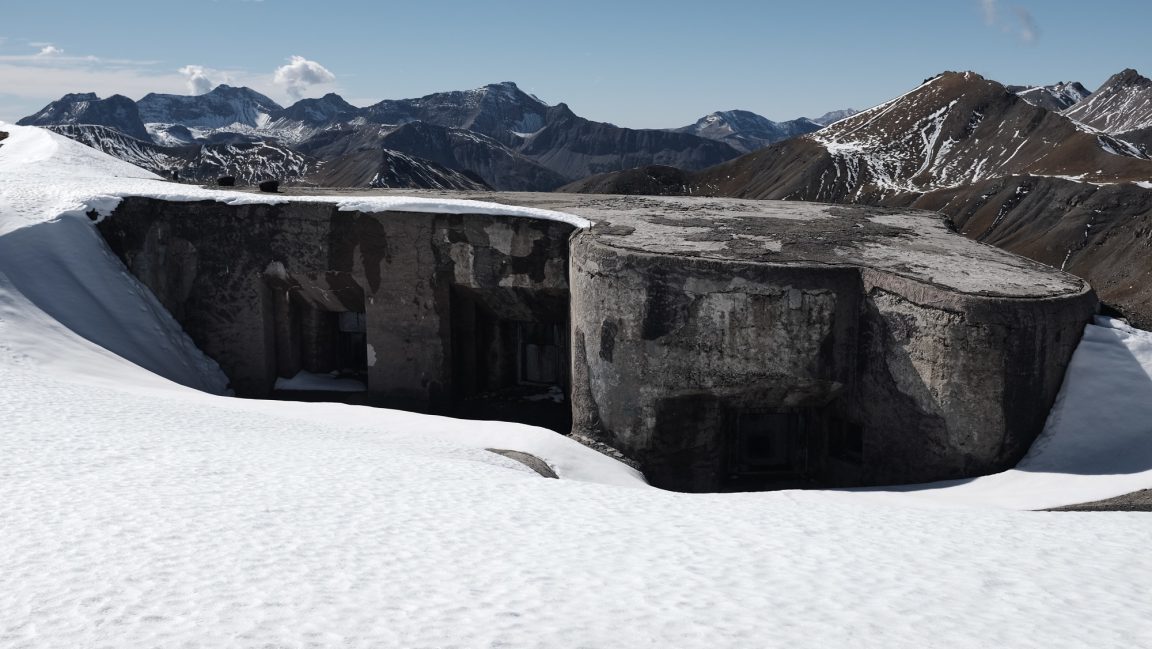 Launched on the 30th of June, but presented to the public today at the Rapha Cycle Club in London, writer Max Leonard and photographer Camille McMillan present an incredible new publication by the name of ‘Bunker Research’. Leonard, who is an avid cyclist, found inspiration for the new project while riding around the Alpes-Maritimes region of France, where he noticed the strange structures hidden in the landscape — discrete buildings that seemed to appear out of nowhere in remote locations far away from civilization. The question what and why these military bunkers were doing there, drove the writer —who joined forces with Camille McMillan to document them properly— to find and research these hidden concrete shelters for eight months, which eventually resulted in this elegant printed study.

Strategically placed throughout the French Alps by the French, these bunkers were built in some of the most remote places in Europe. Constructed from reinforced concrete, the constructions blend into their rugged, pristine environment. Although they are slowly succumbing to the elements as they aren’t used anymore, the bunkers are enduring features in the landscape and relics from a different time in world politics. The structures with fortifications’ concrete walls were built to withstand bomb blasts, so it will take many more decades for them to totally have disappeared. Until that moment they just lay there, constructed from a form follows function ideology, resulting in a brutalist organic aesthetic, being a unique subgenre in architecture, of which a super interesting chapter is now beautifully captured and presented by Leonard and McMillan.

This is the story of an obsession; or rather, two obsessions running like parallel tracks over the course of more than a hundred years…

Max Leonard is a writer and cycling enthousiast. This resulted, amongst other work, in books like ‘Lanterne Rouge: the Last Man in the Tour de France’ and the incredible Rapha City Cycling Europe guides. Leonard is also the ghostwriter behind two Sunday Times Top 10 Bestsellers and the memoirs of a rock star. Next to working on books he is a copywriter and editor and has contributed to publications by Taschen, Rizzoli, Lonely Planet and Magma. Finally, as stated earlier, next to writing he’s a big cycling enthousiast which he combined in his work for names like Rouleur magazine and brands like Rapha and Strava.

Max Leonard to Le Cool London on the different bunkers they encountered in their quest:

A couple of them that are relatively close to civilisation have been taken over by ‘enthusiasts’ in the local villages, restored and turned into museums … Other ones had obviously been used by local kids, so there were broken bottles, roaches, graffiti inside. One of them – the absolute creepiest – had a whole room that was full of rotting sheep’s wool and bones. It was like something out of True Detective.

‘Bunker Research’ is published by the newly launched Isola Press. The 70 full color photographs and 30 one-color photos, maps and diagrams were designed by This Side. All books are individually numbered by hand.