I love listening. It is one of the only spaces where you can be still and moved at the same time. — Nayyirah Waheed — Thursday December 15th — 19:42 (CET) —

“What art does — maybe what it does most completely — is tell us, make us feel that what we think we know, we don’t. There are whole worlds around us that we’ve never glimpsed.” Greil Marcus — Thursday December 15th — 19:42 (CET) — 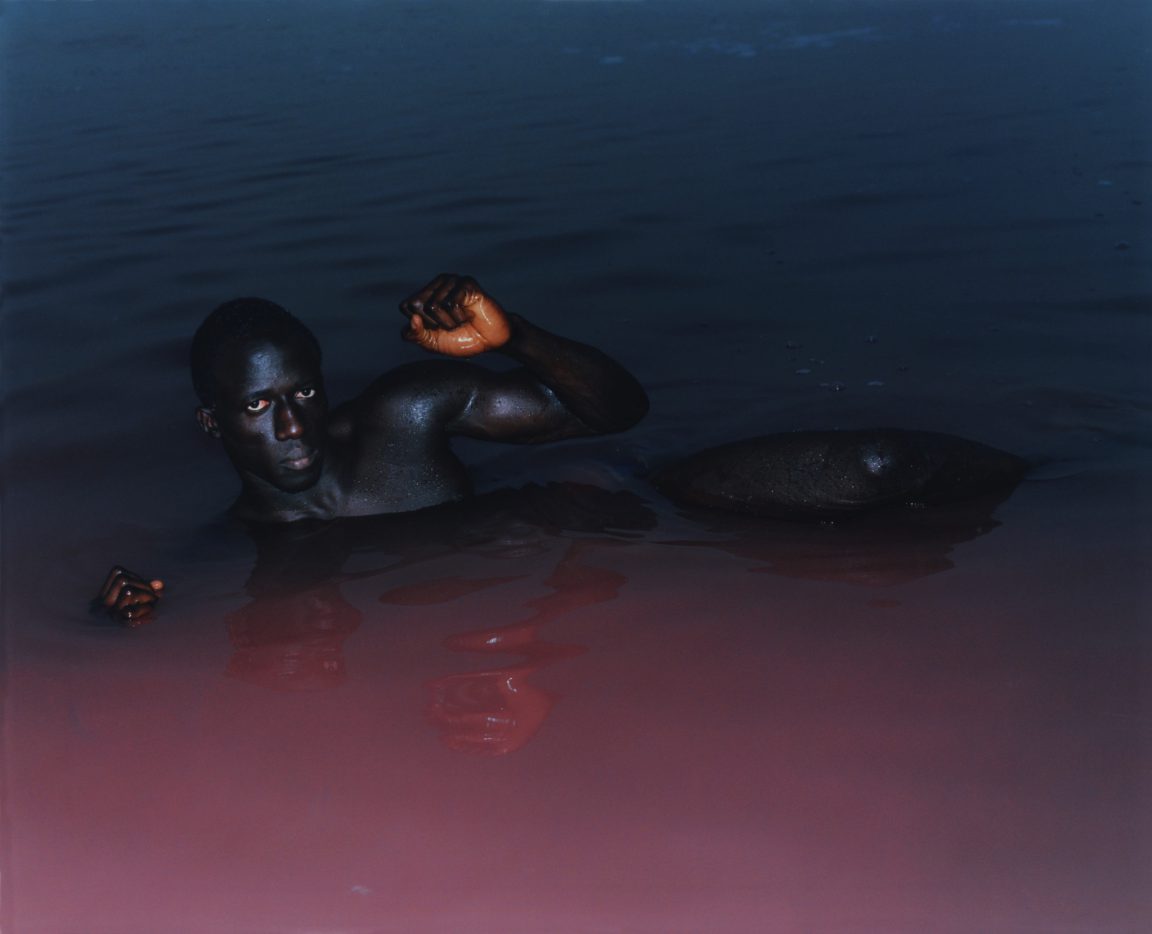 The official opening is tonight, but the very first solo-exhibition of the talented British photographer Harley Weir at Foam in Amsterdam has been open for the public since the 2nd of December and we had a chance to see it for ourselves this week. It marks an important step in the rise of the 28-year-old, who has been receiving international acclaim and a growing attention in the last years, after kick starting her career at age 17, when she shot her first fashion editorial for Vice UK. Although presentation-wise the exhibition at Foam isn’t the best thing we have ever seen, the curation of the imagery shows the incredible talent of Weir, far transcending the specific subject-matter, showing an intriguing coherent body — undisputedly making her one of the most interesting voices in contemporary photography.

The title of the exhibition, ‘Boundaries’ refers to what is ultimately dissolved in the work of the photographer. But even as she crosses the lines of what usually holds people apart, on personal as well as political levels she is not out to make any statements. The exhibition therefore reads, as Weir specifically intended it, as a visual poem, open to interpretation. The exhibition shows a mix of Weir’s ethereal portraiture with still life images and reportage work in Israel, India, Jordan and the series that struck us deeply when we encountered it on Dazed some weeks ago: the haunting depictions of the temporary homes at the refugee camps of Calais. Whatever it is in front of her lens, Weir always seems to get to its essence by framing that what seems to speak to her most, creating captivating visual narratives that stick.

Close to the skin of her objects, Weir’s intimate approach is what marks her work in any context, be it a border zone in a politically charged area, or in a room with a model.

Harley Weir graduated in 2010 from Central Saint Martins College in London with a degree in Fine Arts. Via her Tumblr-page, she was discovered by the fashion industry, and since her breakthrough in 2014 she has worked for AnOther Magazine, i-D, Pop Magazine, Dazed & Confused, and shot campaigns for renowned fashion brands such as Maison Martin Margiela and Calvin Klein, amongst others.

Harley Weir in T Magazine on her work:

I love the real and the natural, but I think an image is never really real and I like the idea of making something otherworldly. I like to be involved and show something of myself in the image as well.

When in Amsterdam don’t miss this overview by one of the exiting young voices in photography!

All images courtesy of Foam Fotografiemuseum and © Harley Weir.

For tickets and all information on ‘Boundaries’ see here