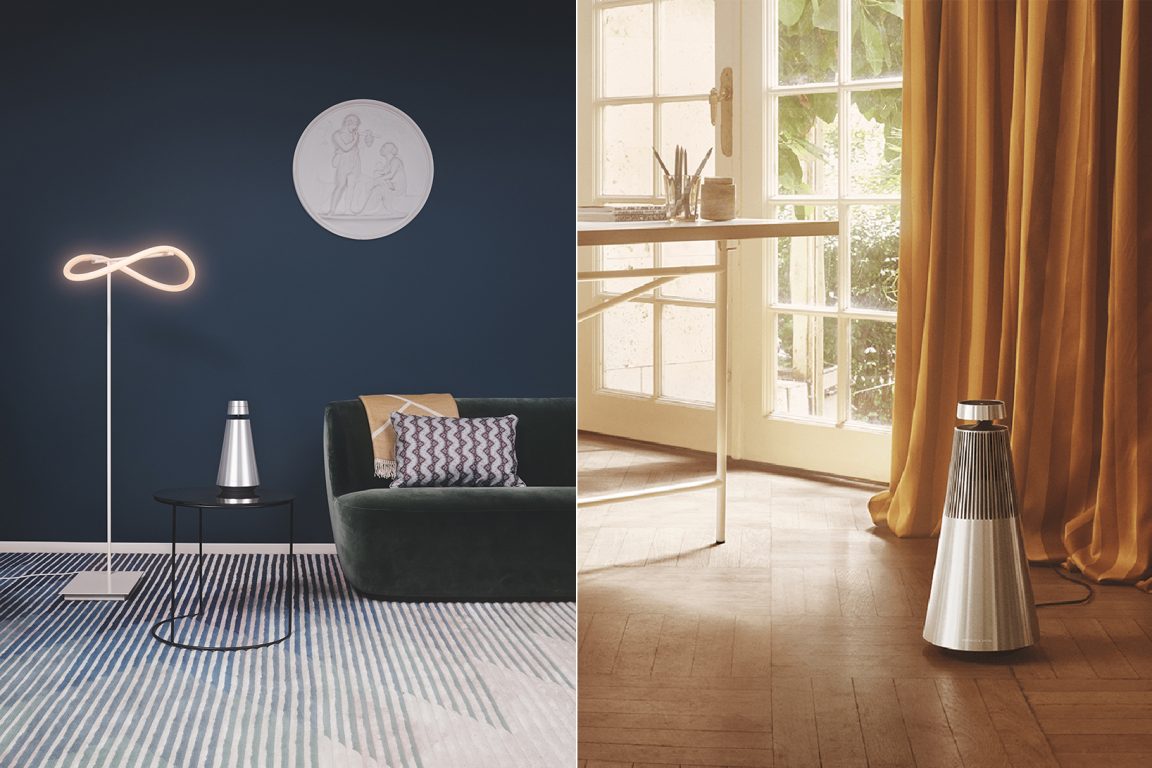 The last time we were excited about a speaker lays some years behind us, but last week a new piece of elegantly designed technology was presented to the world, which we really appreciate. Beside the Unmonday Model 4.3 in 2014, which had a more sturdy (heritage-like) design, Danish technology frontrunners Bang & Olufsen first hit the right nerve with us when they released three new additions to their BeoLap series in 2013, of which —to this very moment— the subwoofer still forms one of the most elegant creations in its sort. Last week, Bang & Olufsen returned once again with a new release, this time with a series of (one of the two wireless) speakers named the BeoSound 1 and BeoSound 2; being one of those scarce moments in which an applied technological object truly rises beyond its pragmatic function and aesthetic discours into something excitingly new.

The futuristically sturdy (for instance perfectly fitting recently created interiors like Voyager Espresso or the redesigned Siam Discovery — hopefully indicating a new trend in design which we really appreciate), yet elegant aluminum design profile of ‘BeoSound 1′ and ‘2’ forms a promising new chapter and remarkable step forward in its field. Through its conic shape they can be placed anywhere, allowing the remarkable, sculptural forms to be very much part of the interior: on a shelf, floor, by the coffee table or even outdoors. The iconic bodies hover slightly above the ground, letting the thumps of the bass units out beneath. They are slightly open at the top for acoustical reasons, but apart from that with a uniform expression on the aluminum surface.

With function also on the highest level, as with all B&O’s creations, we are super inspired by how a totally new silhouette was created, paving a incredible new path in speaker design very likely to be followed by many in the years to come.

Torsten Valeur, designer of the BeoSound 1 and BeoSound 2:

Simplicity was paramount and our dream was to create something that resembled musical instruments. Products where every part conveys its purpose which is to spread beautiful music. 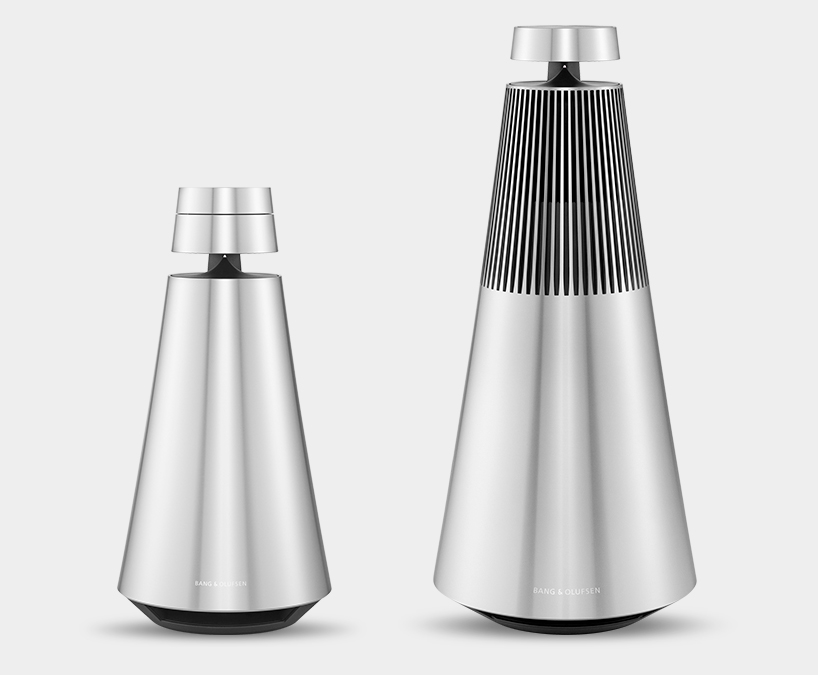 Reason to choose aluminium for the two new speakers wasn’t just made from an aesthetic viewpoint. According to Bang & Olufsen a closed aluminium cabinet provides the best acoustic properties thanks to material stiffness, avoidance of dissonance from joints and corners, and the elimination of distortion.  Both BeoSound speakers have a built-in proximity sensor, which means that when approached, it detects your presence and gets itself ready for your command. The proximity sensor calculates and applies instantly, so the user interface is automatically turned towards you.

The BeoSound 1 and 2 will be available worldwide soon at selected Bang & Olufsen retailers.