“What art does — maybe what it does most completely — is tell us, make us feel that what we think we know, we don’t. There are whole worlds around us that we’ve never glimpsed.” Greil Marcus — Wednesday August 2nd — 19:46 (CEST) —

I love listening. It is one of the only spaces where you can be still and moved at the same time. — Nayyirah Waheed — Wednesday August 2nd — 19:46 (CEST) — 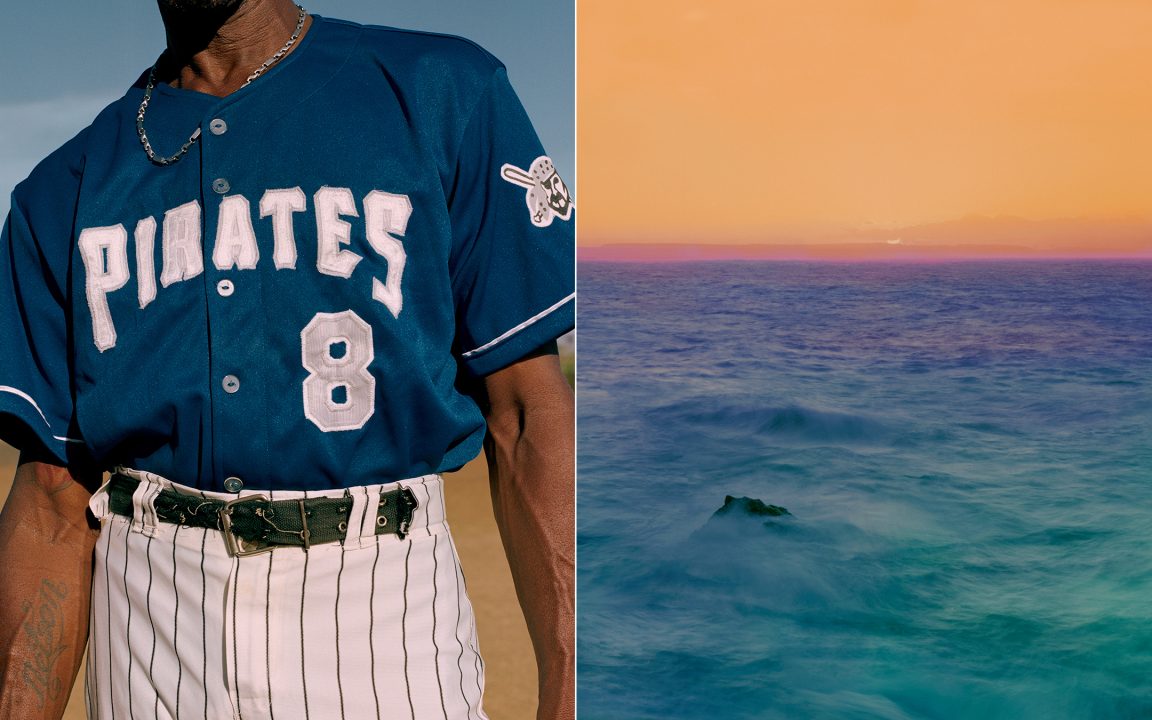 We mentioned his name in last week’s post on Rushemy Botter, who found the key inspiration for his ‘Fish or Fight’ collection on Curaçao  — freshly graduated Gilleam Trapenberg was born and bred in the Caribbean on the former Dutch colony (now part of the Kingdom) from where he came to The Netherlands after high school to study photography six years ago. Or basically, according to Gilleam, he came to study anything in The Netherlands despite his deep love for his home, and he knew photography would be the only direction he was really interested in to pull through. After applying to several academies, he ended up in The Hague at the Royal Academy of the Arts and last month he said his final goodbye to the school with our favorite graduation project of 2017 named ‘Big Papi’. With the project he aims to represents the concept of masculinity in the Caribbean, shot over the course of the last two years in which he visited Curaçao, but also other Caribbean islands like St. Lucia, Barbados, St. Vincent, The Grenadines and St. Maarten. His perspective on the thematic resulted in a series comprised of remarkably captivating photographs in a beautiful cohesive color palette, forming a narrative one hardly sees or hears in The Netherlands, but (like Rushemy’s collection) the country needs more than anything in the current political and cultural climate…

Gilleam’s portfolio, created during the last few years, shows a remarkable signature of ‘warmth’ (as he names it himself). On the one hand this refers to his love for shooting outside in tropical sunny conditions, resulting in the color palette that one also finds throughout ‘Big Papi’. On the other it represents his intention to capture real culture. Before his graduation project this motivation resulted in beautiful series shot in lower income class neighborhoods like Amsterdam’s ‘Bijlmer’ and The Hague’s ‘Laak’, but also Patta’s most recent SSS 2017 lookbook shot on Curaçao. He mentions Gregory Halpern and in particular his American Suburb X essay on documentary ethics as an epiphany during his studies in The Hague, which continues to guide his artistic vision on creating aesthetic documentary images that both please the eye and feed the soul.

For the presentation of ‘Big Papi’ during the graduation show, Gilleam created an installation that included the hood a car (with custom made pop cultural Big Papi logo in collaboration with Koos Breen); a video; and a publication that all seamlessly fit within the overarching artistic vision. It shows his ambition to create the richest narrative possible, going beyond just photography as his medium. In the future this will have to result in more autonomous projects and exhibitions like ‘Big Papi’, but also in his commissions, Gilleam has set the ambition to work within his personal vision, to continue his artistic growth. To eventually, somewhere in the coming twenty years, step on the international stage, which would be a novelty for a photographer coming from Curaçao. We can’t wait until that day arrives.

My graduation project is a visual research into the image culture of masculinity set against a sunset lit Caribbean landscape. A time of day in which borders are less defined. The stereotypes and clichés associated with macho culture form the starting point for the work, as is the same with most of my former projects. Since the work is greatly personal I am aware that while I am looking critically at the subject matter I am also seducing and romanticizing the subjects and landscapes I photograph.

The beautiful ‘Big Papi’ publication, that was printed in an edition of 250, was designed by designer Koos Breen and is available via email.

Yesterday it was announced that Gilleam will be represented by Unit c.m.a. for his commercial work from now on. For his autonomous photography Gilleam is represented by the The Hague-based gallery A Gallery Named Sue.

For all information and work by Gilleam Trapenberg see here