I love listening. It is one of the only spaces where you can be still and moved at the same time. — Nayyirah Waheed — Monday June 6th — 21:32 (CEST) —

“What art does — maybe what it does most completely — is tell us, make us feel that what we think we know, we don’t. There are whole worlds around us that we’ve never glimpsed.” Greil Marcus — Monday June 6th — 21:32 (CEST) — 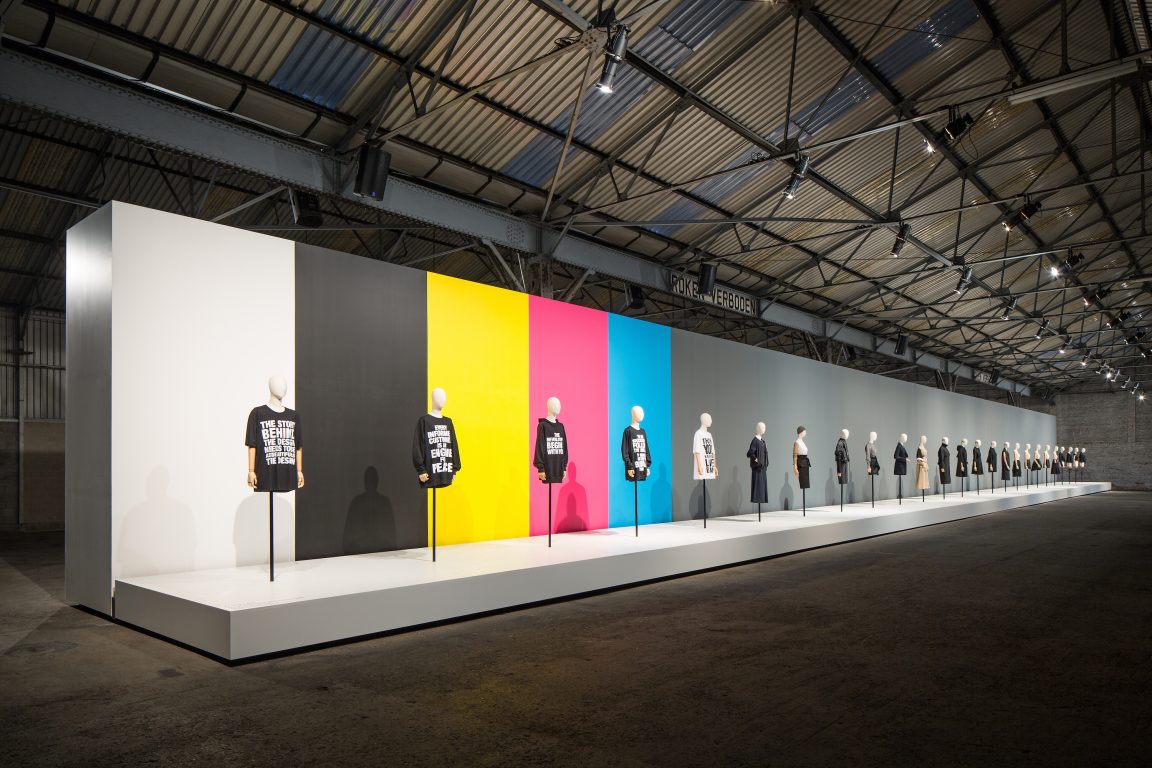 Last Saturday, an inspirational new exhibition opened in Antwerp’s current temporary new platform for its creative community named Born in Antwerp. After some of the city’s younger creatives were given (literally, in several former warehouses at the former harbor area named Kattendijkdok) space to present their vision, now renown fashion designer Bruno Pieters took the stage to put together an exhibition which explicitly portrays the new direction he has taken in his discipline. Formerly known for his namesake label and three years as menswear designer of HUGO by Hugo Boss, in 2010 he stepped away from it all and took a sabbatical, in which he spent a lot of time traveling through India in search for peace of mind. In January 2012, he returned to make what Oliver Horton in The New York Times described as a “revolutionary” new statement in the fashion world with his new company, Honest By – the world’s first 100% transparent company and pioneer in price transparency. Honest By publishes its entire supply chain for every product it creates and translates this into total price transparency.

‘(Behind) the Clothes’ distills this inspirational new vision of the designer back into the large exhibition space at the Kattendijkdok. With the insightful exhibition, Pieters shows how he not only offers totally ethical, environmentally-friendly designs, but also leads the way in offering 100% transparency to the consumer. There are two parts to the exhibition: ’The Clothes’ and ‘Behind the Clothes’, which combined form a remarkable insightful representation of what the future of fashion should be, and hopefully at least partly will be.

Behind the decisions we make as consumers is a complex network of entrepreneurs involved in a long chain of processes. For this exhibition I want to give a face to some of the individuals who form part of this network, each with a crucial role in the fashion creation process here in Antwerp.

‘The Clothes’ is divided in three sections. For one, Pieters has created five new designs and slogans dedicated to one of his personal heroes, British designer Katharine Hamnett, who was the first designer to use fashion as a vehicle to make a bold statement on the political, environmental and philosophical issues of the time. Her then revolutionary and now classic t-shirts bore slogans demanding social change printed in angry black lettering. In the second second section, five Honest By collection pieces are shown. With every item Pieters has shared all the information about the sources of the materials used, the manufacturing processes involved, and the price calculation, right down to Honest By’s mark-up. The third ‘The Clothes’ section the Belgian designer takes his own heritage (of former namesake label) and re-made five of his most renowned catwalk items; coats, skirts and jackets -from 2001 until 2009- this time using sustainable and ethical fabrics.

With the second part of the exhibition named ‘Behind the Clothes’ – literally and figuratively – Pieters presents a series of portrait photographs of the over 40 people involved in the Belgian fashion making process here in Antwerp. The series includes portraits of Etienne Debruyne, a Belgian Flax producer; Raymond Libeert CEO of Libeco – one of the few surviving manufacturers of linen in Belgium; and Rosalinde Heerkens and Aurélie Callewaert of Trois Quarts – Antwerp’s renowned pattern designer duo. The series also showcases Fashion creatives and image makers including photographer Alex Salinas; make-up artist Gina Van den Bergh; stylist Ilja de Weerdt; and model Anouck Lepère. In short, a journey behind the clothes showcases 40 members of the creative/ production team, from the raw material to the ad campaign, and every talent along the way, who were all captured by Bruno Pieters himself.

In the words of Pieters:

Every designer, manufacturer or customer who asks the questions, does the research, demands transparency and buys in sync with their values is an engine for change and, in my opinion, a hero of our time.

Overal the exhibition gives a beautiful overview of a highly inspirational frontrunner in modern fashion. When in Antwerp, make sure to visit it before the 31st of July at the Kattendijkdok-Oostkaai 22 in Antwerp.

Photography of the exhibition by Frederik Vercruysse.