I love listening. It is one of the only spaces where you can be still and moved at the same time. — Nayyirah Waheed — Tuesday June 7th — 15:09 (CEST) —

“What art does — maybe what it does most completely — is tell us, make us feel that what we think we know, we don’t. There are whole worlds around us that we’ve never glimpsed.” Greil Marcus — Tuesday June 7th — 15:09 (CEST) — 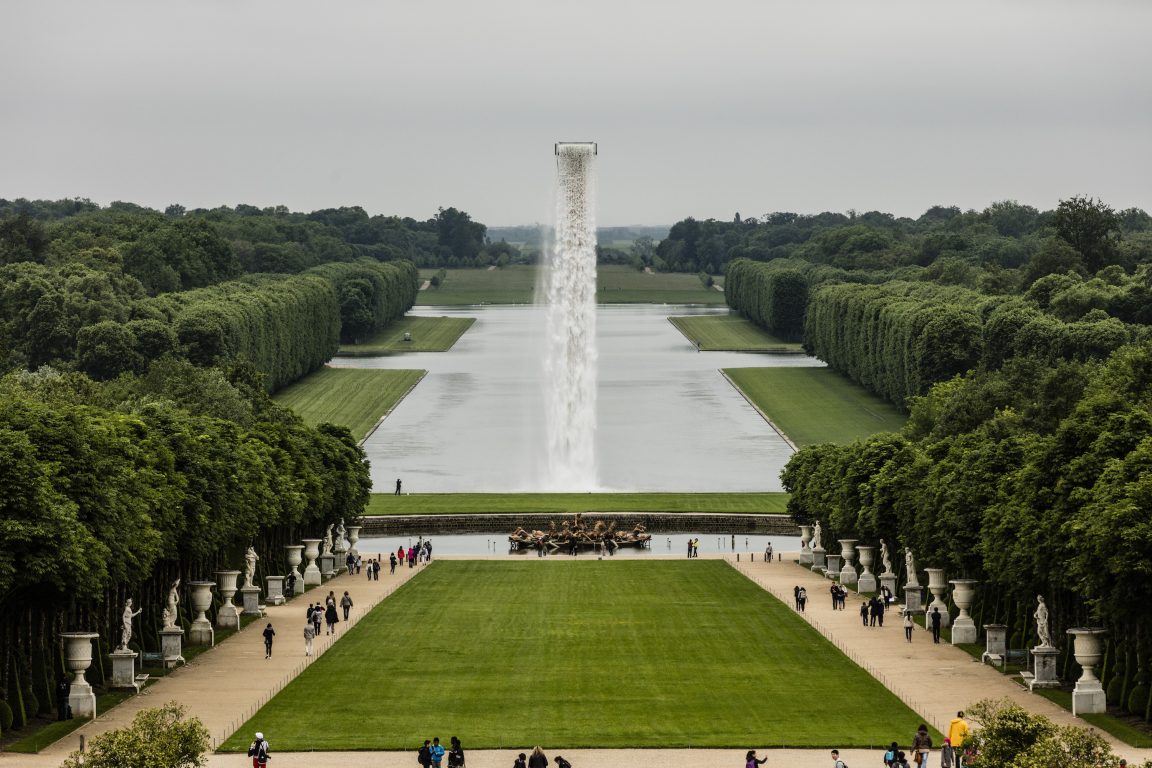 Opening today, the great Danish-Icelandic visionary Olafur Eliasson returns with another prestigious show taking the exhibition of his creative vision to the next level, being located in the most remarkable environment until date — having been the home of cutting edge art and design from different eras since the moment it was finished by French King Louis XIII in 1623: Château de Versailles. Herewith he follows the likes of Jeff Koons, Takashi Murakami and Anish Kapoor, amongst others, who in the modern art program that started in 2008 have brought their vision to France’s most famous chateau and gardens.

Earlier shows by Eliasson in contexts like the Louisiana and Fondation Louis Vuitton underlined that he is undeniably part of the most influential artists of this time — the show in the Versailles could be seen as a marker that he will continue to be seen that way even in the far future. Seeing the highly aesthetic creations full of narrative by Eliasson in the historically charged context, having (and still does so) housed centuries of French aristocratic splendor, forms a fascinating clash of representational icons of different stretches in space of time, without it feeling unnatural in any way. The different creations that can be found in the estate, partly having been created exclusively for the exhibition, came to life in Eliasson’s head while wandering the grounds, sometimes alone at night, when no one was around. Among the most impressive creations is the structure named ‘Waterfall’, fulfilling an original idea of the 17th Century landscape architect André Le Nôtre, which couldn’t be realized at the time when the Château and its gardens were originally constructed. Finishing a story which first grew in someone’s imagination centuries ago and seeing the for the artist familiar immaculate execution of such idea hits a delicate nerve, which inspires us deeply.

Make sure to travel to Versailles and step into this remarkable collision of past and future before the show closes on the 30th of October. We will.

Catherine Pégard, President of the Public Establishment of Versailles :

Metaphors of water, diffraction of light, confusion of mirrors, intensified emotions, moving shadows : Olafur Eliasson wants the visitor to take possession of Versailles alongside him. And it is an augmented reality
that imposes itself, an engine room of the imagination, and one not so fundamentally far away from that which captured the hearts of the 18th
century.

Through the outdoor installation placed in the gardens of Versailles by Eliasson, a triptych was formed on the theme of water, whose presence dominates classical gardens of this type. The waterfall erected in the Grand Canal is positioned on the central axis of the garden, whilst the two bosquets or groves (l’Etoile [the Star] and la Colonnade) reaffirm their role as open air salons, with one housing a circular veil of fine fog, the other a carpet of glacial residue. These three pieces thus share a common theme, tracing a continuous link and engaging the senses.

Inside the château it is the gaze that becomes the centre of attention, through a set of successive mirrors and mises en abyme. The furnishings of the rooms have not changed, but are amplified through this multiplication of points of view. Visitors are surprised to discover their own reflections in unexpected locations, the rooms seem larger, transformed, revealing their hidden secrets. The artist glories in the fluidity of the baroque surroundings, which allow him to construct another reality. Displacements and destabilization modify our perception of the rooms, inviting visitors to become active participants in the reality that surrounds them.

Eliasson excels in the creation of visual experiences that establish a new perspective on space, but more importantly also on the ‘real’ world that waits outside of the experience. After having reinvented the setting sun in the immense Turbine Hall of the Tate Modern (‘The weather project’, 2003), installed gigantic waterfalls in New York City (‘The New York City Waterfalls’, 2008), having created the super impressive indoor ‘Riverbed’ in The Louisiana Museum of Modern Art in 2014 and finally adding a new star to the Stockholm sky (‘Your Star’, 2015), he now brings his unique immersive creative vision to the immaculate estate of one of the most beautiful conserved historical sites worldwide.

I am doing a series of subtle spatial interventions inside the palace deploying mirrors and light, and in the gardens, I use fog and water to amplify the feelings of impermanence and transformation. The artworks liquefy the formal design of the gardens while reviving one of landscape architect André Le Nôtre’s original, unrealized visions: the placement of a waterfall along the axis of the Grand Canal.