“What art does — maybe what it does most completely — is tell us, make us feel that what we think we know, we don’t. There are whole worlds around us that we’ve never glimpsed.” Greil Marcus — Tuesday June 23rd — 11:27 (CEST) — 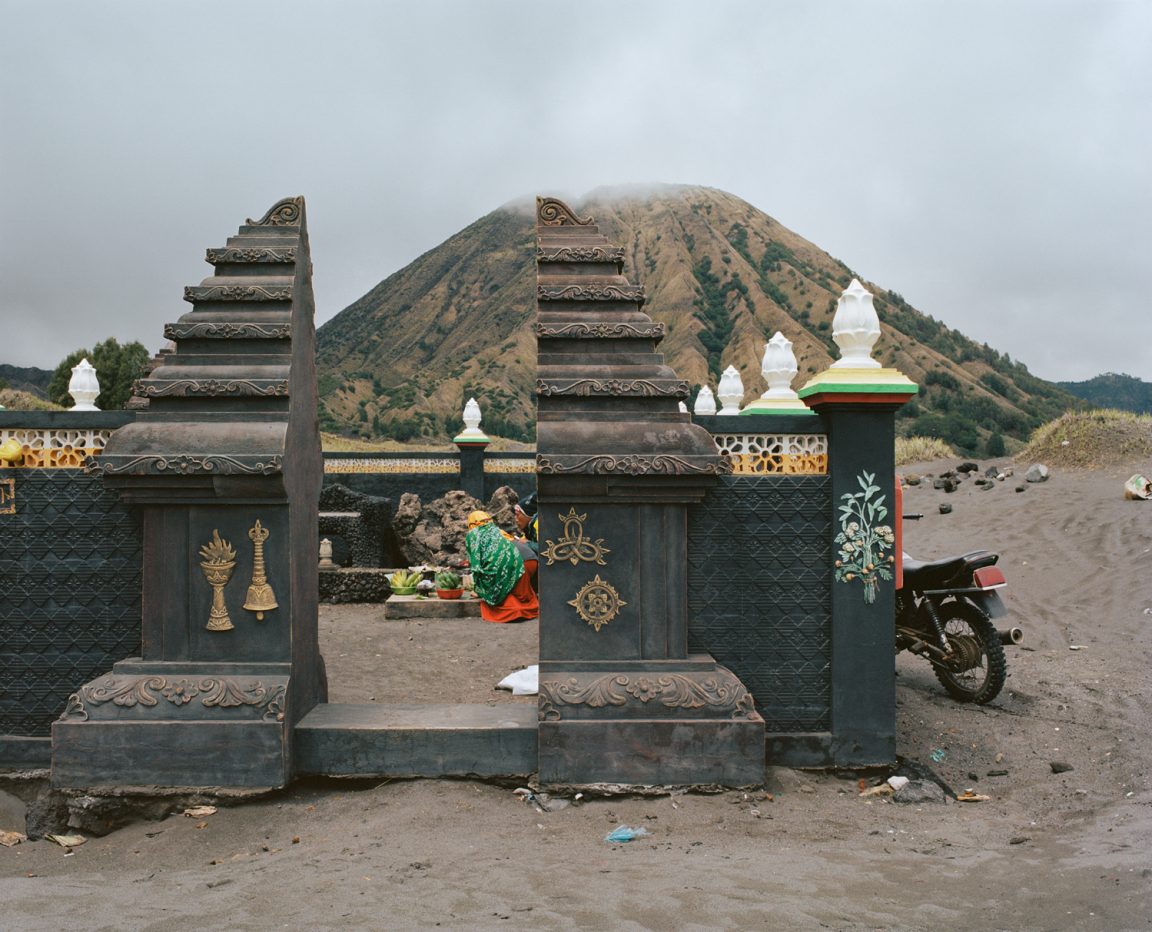 Greek photographer Yiannis Hadjiaslanis shared his latest project ‘Ascension’ with us. Shot on two visits to Mt. Bromo, in 2017, and 2020. Hadjiaslanis work explores narratives of places, documenting locations in Greece, across the Mediterranean and the African continent, he engages with questions of historical memory, the present conditions and speculated futures of lived environments, and their significance for those who live, create, interact and evolve with them. Whit his latest project Hadjiaslanis explores the Indonesian Mount Bromo, an open and bare landscape covered with ash in million shades of grey. A ‘Sea of Sand’.

“This is a place where the forces of nature are at play.”

According to the ‘Tantu Panggeleran’, a sacred cosmological scripture dating from the 15th century, the island of Java used to drift unpredictably in the ocean. In order to stabilize it, and make it habitable for humans, the gods Vishnu and Brahma transformed respectively into a turtle and a snake, and set out to carry and place a section of the Holy Mountain of India on Java. During their journey, fragments of rock chipped off the mountain and dispersed on the ground, creating a chain of successive volcanoes across the island.
In East Java, and along this trail, lies a vast ancient caldera, 16 km wide. Surrounded by a lush mountainous region, the Tengger massif is a large open desert expanse which contains five volcanoes. Draped with sand, volcanic ash and scattered volcanic rocks, it is a celestial terrain, which the Tengger, inhabitants of the area, call the ‘Sea of Sand’.
Bromo, rising at 2,329 meters, is the only active volcano of the caldera, and one of the most revered volcanoes in Indonesia. It is named after Brahma, god of creation, but also of fire, in Javanese Hinduism. At the base of the volcano, stands the main temple of Luhur Poten, built of black volcanic stone. And around the mountain, in places where the dark rubble has landed following its explosive orbit, smaller shrines and altars have been constructed using the volcanic material. The Tengger follow an old tradition of Siva Buddha, a veneration of the Hindu trinity of Shiva, Brahma and Vishnu fused with ancestral spirit worship and animist beliefs.
This is a place where the forces of nature are at play. In the ‘Sea of Sand’, when the wind gushes, grains of sand and dust crackle and hiss, as they sweep the barren plains. When rain pours from the sky, the long crevices down the slopes and around the mountain base flow with streams of water. Up on top, Bromo’s breaths of steam and sulfur dance and merge with the clouds and mist. And when the wind halts, the waters inside the restless crater resonate like the sound of the ocean. Today, Mount Bromo is one of the biggest tourist destinations in Java. Nevertheless, the mountain still forcefully expresses its mercurial character, and its eruptions ward off visitors for months.

Make sure to check Yiannis Hadjiaslanis’ other work too!