I love listening. It is one of the only spaces where you can be still and moved at the same time. — Nayyirah Waheed — Wednesday August 10th — 14:30 (CEST) —

“What art does — maybe what it does most completely — is tell us, make us feel that what we think we know, we don’t. There are whole worlds around us that we’ve never glimpsed.” Greil Marcus — Wednesday August 10th — 14:30 (CEST) — 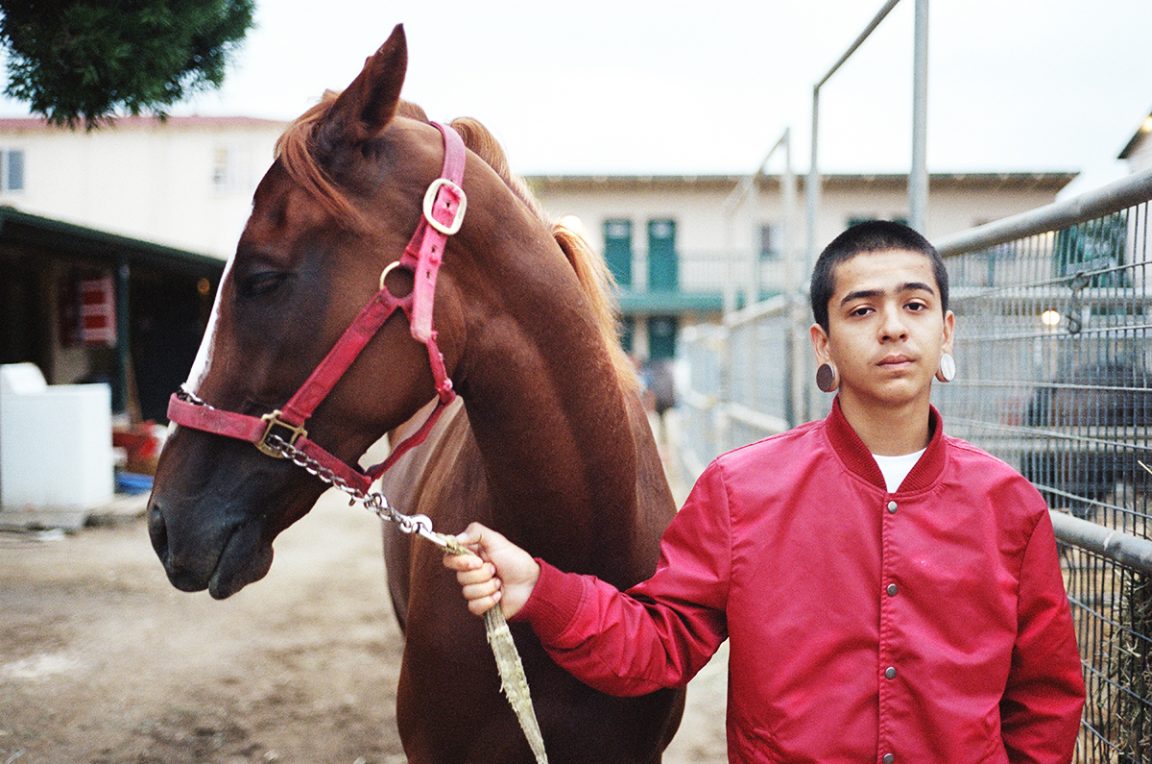 Another year, another inspirational Done to Death Projects publication by cultural tastemaker Chris Black, who for the first time collaborated with none less than the very talented Eric Chakeen. After assisting the three legendary New York photographers Terry Richardson, Dan Martensen and Ryan McGinley, Eric Chakeen was ready to produce his own work, which he has been doing in the last decade with great vigour — working on a long list of commissions with big names in fashion and pop culture, but also creating free projects of which the new publication is an excellent example. For the series named ‘And Away They Go’, Chakeen roamed around the racetrack of his hometown in the suburbs of San Diego; Del Mar. It resulted in a beautiful collection of striking photographs, documenting a subtly disquieting space, with everyone in this world apparently lost in a paradise of nostalgia. Both having a cinematic quality as much as the images being raw in your face observations, the series continues to captivate us profoundly, forming another incredible addition to Chris’ Done to Death Projects catalogue.

Del Mar, my hometown, is a small, beachy suburb of San Diego, home to about 4,000 people and the second-largest racetrack in California. I’ve been drawn to the track as far back as I can remember—the palm trees and the smells of sunscreen, spent adrenaline, and stale beer always make me nostalgic.

Horse racing is slowly fading into the past, replaced by other forms of entertainment, but you can still get the entire range of human experience in the two minutes between the and away they go that marks the start of the race and the crossing of the finish line. I hope some of these photographs capture that in between.

In the last decade the New York City-based photographer Eric Chakeen has been consistently putting out remarkable imagery, working with a distinct signature when it comes to his dark toned color palette and playful crops. There is something iconic in every frame he pulls, beyond the fact that his subjects are a long list of relevant contemporary (pop) cultural players. Next to his free work like ‘And Away They Go’, Chakeen has worked for clients like Supreme, ID Magazine, New York Times, Wonderland, Rollacoaster, So It Goes and Urban Outiftters. The ‘And Away They Go’ publication is the debut collaboration between Chakeen en Chris Black’s Done to Death Projects.

Limited to 500 copies, each 128 page, 9″ x 10″ ‘And Away They Go’ is another remarkable Done to Death Projects publication, which will sell out soon enough, so don’t be too late…

Order ‘And Away They Go’ here