I love listening. It is one of the only spaces where you can be still and moved at the same time. — Nayyirah Waheed — Friday July 1st — 9:33 (CEST) —

“What art does — maybe what it does most completely — is tell us, make us feel that what we think we know, we don’t. There are whole worlds around us that we’ve never glimpsed.” Greil Marcus — Friday July 1st — 9:33 (CEST) — 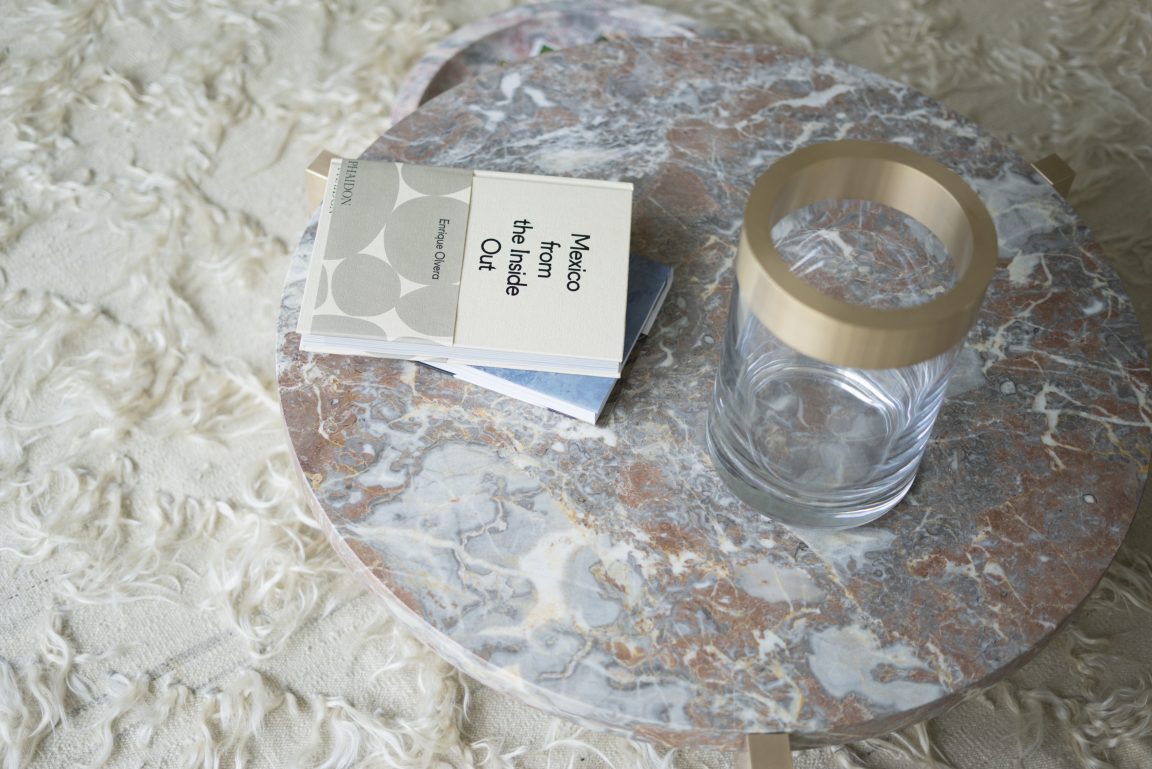 It was a very long time coming when three weeks ago we finally met one of Belgium’s most exciting contemporary designers; Michaël Verheyden, in his beautiful home on the edge of industrial city Genk, in a green area towards neighboring Hasselt. Last year, Verheyden debuted as one of the names on Wallpaper* Magazine’s Power List —underlining the widespread international recognition for his work— but even before that moment we were very curious to learn more out about his creative vision, basically from the moment we discovered his work in the beginning of 2015. The first appointment we made to get together dated back to March of this year, but time after time we were forced to reschedule due to different emerging obstructing circumstances on both sides. Eventually, we got in the car and finally traveled to the Belgian province of Limburg on a Friday afternoon in the beginning of June. Right after a period of extreme rainfall, which caused a lot of problems in the North of France and different parts of Belgium.

When we arrive Michaël is still in his jackboots, having just taken care of some minor water damage in his garden shed workplace –the one for heavier work– because of that rain. It is very clear that he isn’t too impressed by the damage though. In his mellow voice, speaking in the local soft toned accent and with lively eyes behind his spectacles, he tells us: “it will be fine.” A sentiment he continues to embody throughout our conversation during and after his guided tour of the wonderful house he calls home together with his wife and business partner Saartje Vereecke.

Although the designer has built up a international following in the design world —both (interior) design agencies and private enthusiasts— with his highly aesthetic luxurious homeware and accessories, it is the fashion world that has played an important reoccurring role in the rise of Michaël Verheyden. Beginning even before he officially started his label. While still studying industrial design in his city of birth, Genk, Michaël was scouted to model for Belgian designers Walter van Beirendonck and Raf Simons, the latter being an industrial design graduate himself. Simons and Verheyden connect through those encounters and in the middle of his international breakthrough, the thought-provoking avant garde fashion designer agrees to become Verheyden’s coach during his graduation. After he finishes his studies, Verheyden, who at that time focuses on leather bags and accessories, is even asked by Simons to create a small bag collection for his Spring/Summer 2003 collection.

Inspired by these rather unusual kick starting experiences for a young designer, Michaël starts his own label soon after. At first continuing his focus on leather goods. However, the conservative world of bags and accessories quickly proves to be too much of a constrainment for Verheyden and he adds houseware to his collection in the following period. Partly because he had been designing them for his own house anyway. Nevetheless, the leather bags and fashion world alongside it, never really disappear from the designer’s life, although he stops making bags under his own label (he continuous to produce some leather home accessoires until today) when his other designs start reaching a new, much larger, audience.

The second appearance of the fashion world in Verheyden’s career materializes when at one point, after not having worked on bags under his own label for a while, the phone rings and a certain Mr. Owens wants to speak with him. Not totally sure if it could be ‘the’ Rick Owens, he returns the call and actually finds the American fashion designer on the other side of the line, inviting him to join him in his studio in Paris to work on leather goods. Verheyden shares that he has done this in limited periods for several seasons, although not for a while at the moment, but he might do again in the future. Without basically anyone knowing about it. Others would probably try to capitalize working for such a high profile name, but for Verheyden it is fine this way. The experience is what truly counts for him. All there is to be observed for the outsider is Rizzoli’s ‘Rick Owens’ book somewhere on a shelve of the bookcase in the living room as a silent hint.

Others would probably try to capitalize working for a high profile name like Rick Owens, but for Verheyden it is fine this way. The experience is what truly counts for him.

Verheyden’s description of how Owens runs his operation in Paris is as inspirational for us as it must have been for him when he discovered it first hand. He explains that when he travels to Paris to meet the American gender bending designer after the first invitation over the phone, Verheyden expected the usual fashion world clichés of too many people frantically working in a small space, stressful and hectic circumstances. Instead, he finds just Owens, his wife Michèle Lamy and a few assistants working in a serene environment. Not even on the upcoming collection in particular, but trying out different ideas, which eventually will end up in the next or those to come after.

Verheyden continues: his own label, which by the end of the last decade was defined distinctively by the luxurious minimalist objects for the home, really took off in 2009. After his wife Saartje officially became an equivalent part in the label next to Verheyden, through which he predominantly could focus on the design process. In the same year the label was also granted the prestigious Henry van de Velden Young Talent Award, which helped too. When looking at his creations, it is observable that in this period the designer also finds perfection in his personal signature: creating with inhabiting non-complex, well-balanced geometrical lines, made from noble, durable materials with an intrinsic natural beauty like marble, wood, leather, and linen — all elements he loves himself, elegantly crafted to perfection.

The designer tells us how he has been working with local Belgian workshops, but needs to keep stressing how important every little detail is in the objects that are created under his label. In the end, the designer ends up putting the finishing touches on the batches of his designs himself to this very day. Sandpapering, polishing by hand, getting the surface or shine of an object right. Everything that is still needed to end up with the perfection as he envisions it. And he does it all in his house, in one of the 3 workspaces, individually equipped for different purposes. When we visit he has just received a series of marble containers in different colors. “That still needs to be perfected,” he points out in the openings.

Just the particular fact alone: that his house, which in his own words also functions as his showroom, is also the workspace ànd private space of the designer, tells us how deep his designs are engrained in every moment of his life. Verheyden seamlessly blends work and life together in the immaculate aesthetic environment he has created for himself. With a special mention for the beautiful paintings his wife Saartje created at the art academy hanging in the living room and entrance of the house. The abstract works of Vereecke are stunning and add another perfect aesthetic touch to the incredible house. Although she quit painting after her studies, we hope she will pick it up again at one point or another.

Although Verheyden is not saying it directly, the words of the designer evoke the feeling that the whole process he underwent until recently was one of learning and investing. Also when it came to the business side of running a label. He mentions how there was another partner at one point, when he ran a store in Antwerp for some years, which didn’t work and had to be closed in 2012, and therewith also brought him some hard lessons. While he briefly talks about it, he seems very subdued. It was obviously unwanted, but taken care of. The life of Verheyden seems to be about learning from the challenges that arrive, dealing with them in the appropriate manner, drawing the relevant conclusions for the future and move ahead. There’s no room for doubts. It’s all about focus. And he expresses how at the moment he finally feels that the hard work is paying of. Both when it comes to the collection having been formed towards what he envisioned from the beginning and the business arriving at a point that he slowly is able to harvest what he so carefully has sown over the years.

The life of Verheyden seems to be about learning from the challenges that arrive, dealing with them in the appropriate manner, drawing the relevant conclusions for the future and move ahead. There’s no room for doubts. It’s all about focus.

And then it is time for us to get back in the car to Utrecht. While we are saying our goodbyes to Michaël and Saartje in his extraordinary kitchen with sand-colored marble worktop and kitchen island, it turns out that two friends of Verheyden have already arrived on the driveway behind the house and the designer explains us that he will be jamming with them for the next few hours. Which makes us remember the guitar in his office, which stood there so aesthetically. We don’t know what kind of music they make together (Velvet Underground alike maybe: as above the guitar a Hedi Slimane’s ‘Sonic’ exhibition poster of Lou Reed hung in the office), whatever exactly, it will very likely sound in the realm of everything else we have encountered for the last hour or so: immaculately aesthetic, well-balanced, considered yet wayward.

Maybe somewhat like Verheyden’s first experiences at Rick Owens’ atelier, it inspired us deeply to see how the designer’s house has been formed into his perfect environment. Without a doubt: more beautiful creations are upon us, very likely being crafted or perfected as we speak, in that immaculate aesthetic biotope on the edge of Genk.

For the work of Michaël Verheyden see here