“What art does — maybe what it does most completely — is tell us, make us feel that what we think we know, we don’t. There are whole worlds around us that we’ve never glimpsed.” Greil Marcus — Saturday November 22nd — 12:00 (CET) —

I love listening. It is one of the only spaces where you can be still and moved at the same time. — Nayyirah Waheed — Saturday November 22nd — 12:00 (CET) —

Paul Barbera is a lifestyle and interior photographer with a reportage style spanning cultural anthropology to luxury living, who we've been following since the very beginning of Another Something & Co, when we stumbled upon his tremendous Where They Create project. Paul is one of those extraordinary photographers striving to capture the complex emotional honesty of his subjects by reverting to a minimalist approach. He shoots in natural light and avoids overly complicated technical arrangements which permit authenticity and a voyeuristic thrill to come to the fore. Born in Melbourne, Australia and currently residing in New York City (when not on the road or in the air), Barbera has a Bachelors of Fine Arts and now a days is commissioned throughout Asia, Europe and Australia for a broad scala of publications ranging from fashion to documentary. Next to his ongoing Where They Create series, Paul also started the Love-Lost project in which he captures beautiful woman from around the globe. As we've been inspired by Paul for all these years, we now ask him what has been inspirational in his life. [ Continue reading ]

Our friend Paul Barbara shot this lovely series of pictures at Acne HQ in Stockholm for his Where They Create series. No further introduction needed & more images here >… [ Continue reading ]

Where They Create, Japan 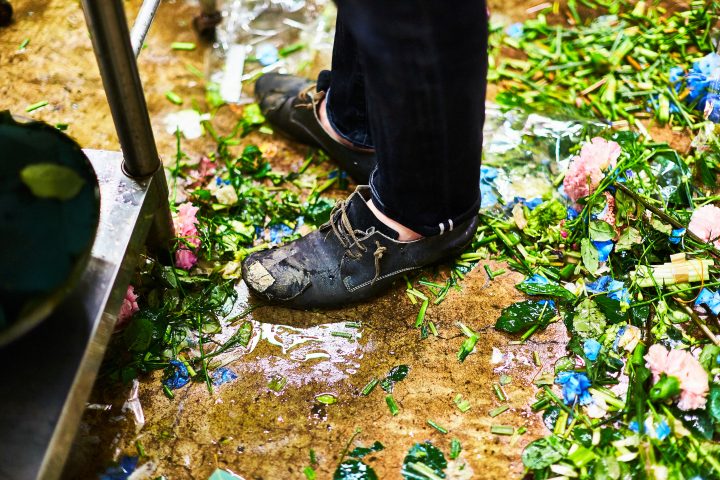 We are back in the new year and start it off with a name we have been closely following for years: Australian photographer Paul Barbera. At the end of last year, the talented imagemaker presented a new volume in his acclaimed Where They Create series — this time by exploring the theme of his series through geographical locales. Reinvigorated by his first visit to Japan in five years, Barbera made this country the focus point of the all new volume.  Published by Frame Publishers, Barbera, accompanied by Japanese writer Kanae Hasegawa, explores the workspaces of 32 leading creatives in Japan. With this considered curation of subjects and Paul's extraordinary eye for iconic details, the new book unveils the sometimes surreptitious nature of contemporary Japanese design culture.

The country is well known for its incredible food, beautiful landscapes, innovative technology and its attitude around perfectionism, that has been been setting a new worldwide bar of excellence from the moment it became known. Most importantly for Barbera in his personal journey is the sense of discovery, of both the creatives and their process, which he has been portraying for years know and is exemplified in his imagery, being able to portray more with composition than words could ever offer (especially considering the reserved Japanese culture) — resulting in quite possibly his most inspirational installment of his by now often copied, but still very relevant Where They Create project. [ Continue reading ]

Where They Create: W+K London

We are honored to give a little preview of  a new Where They Create story by our friend Paul Barbera. It features the London office of creative agency Wieden+Kennedy, which shows a lot of character, but also the large size of one of the leading offices worldwide. The inspiring ongoing Where They Create series documents creative working spaces from all around the world through the lens of Paul. With Where They Create, the Australian photographer found a way to turn his inherent voyeurism into a form of anthropological research. Looking for absurd and hidden elements within the seemingly normal, Paul enters the studios of international creative people: artists, art directors, architects, designers, stylists  and captures all the details of their personal stories and artistic processes. His curiosity, naturalness and good eye for interiors, together with his ability to transmit emotions and warmth make his project unique and constantly inspiring. From the need many creatives have to transform their offices into intimate spaces, almost like home, keeping things close to be able to create their workspace will almost alway show a lot of personality. Others could work anywhere, travelling with the bare essentials as Paul does, but everybody, even if for a while, leaves personal traces, aspects that don’t pass unnoticed, laying there to be caught by Paul. [ Continue reading ]

I love studio’s, ateliers, factories, places where things are being made, crafted and created. Like Todd Selby showed us the homes-, and Paul Barbera the workshops of the creative class in photography, so did Charles Matton in miniature versions of famous artists’ studios, including Freud’s, Giacometti’s and Bacon’s, giving us a close look behind the scenes of these masters. Along with these the miniature spaces represent real world interiors and revisited memories from Matton’s own life. [ Continue reading ]

Over the past 20 years our friend Paul Barbera photographed all the studios of people whose work he loves and whose space he likes. Over the past years he published the stories on his blog Where They Create and now, finaly, he’ll release his first book, published by… [ Continue reading ]

We love The Selby, we love to have a sneak peek in the lives and interiors of creatives, and we love good photography. All together it makes ‘Where They Create‘, a project by interior photographer Paul Barbera. Beautiful places, through the eyes of Paul,… [ Continue reading ]